Midwest Flooding Not Over | Tomorrow's World 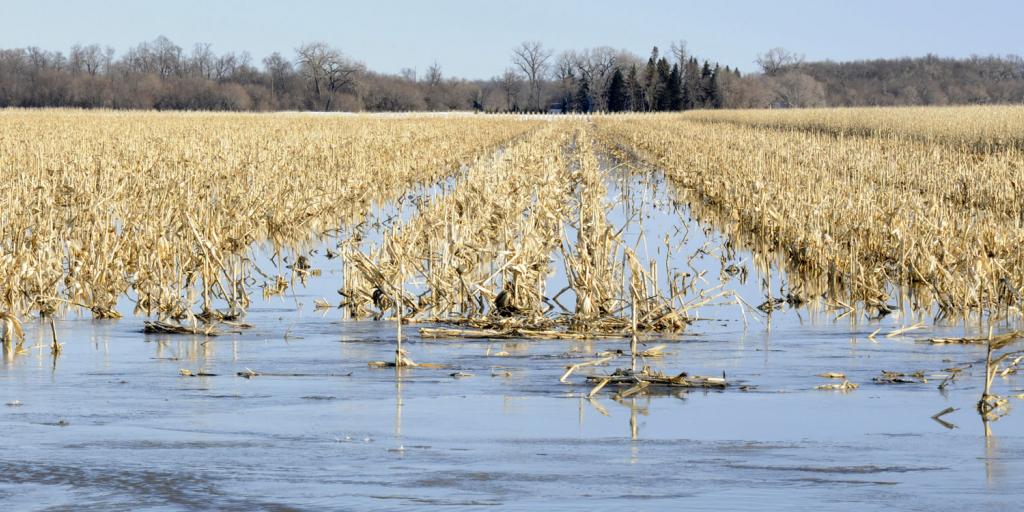 Midwest Flooding Not Over

A recent “bomb cyclone” brought devastating rains, snowmelt and flooding to the American Midwest, the region known as the “bread basket” of the United States. In Nebraska alone, officials estimate $1.4 billion in losses—mainly in crops and cattle (Smithsonian, March 21, 2019). Nebraska’s governor noted that following a flood of far less severity in 2011, it took over 100 days for flood waters to subside. Many farmers doubt they will be able to plant crops in time for this harvest year, which will impact food prices (NBC News, March 21, 2019). Many farms could go out of business.

The bomb cyclone left devastation in its wake, but that is apparently not the last of the flooding. The National Oceanic and Atmospheric Administration (NOAA) is forecasting severe spring weather (NOAA, March 21, 2019). Its report notes, “Nearly two-thirds of the Lower 48 states face an elevated risk for flooding through May, with the potential for major or moderate flooding in 25 states.… Additional spring rain and melting snow will prolong and expand flooding, especially in the central and southern U.S. As this excess water flows downstream through the river basins, the flood threat will become worse and geographically more widespread”—potentially impacting up to 200 million people!

Thanks to heavy winter snows and excess rain, California’s seven-year drought is now over. But California, along with much of the rest of the nation, now looks to be at risk for too much water. End-time Bible prophecies warn of increasing extreme weather, including floods and droughts. God warns that, in the Israelite-descended nations, drought will consume some cities while rain will inundate others (Amos 4:7). God also warns, “Cursed shall be your basket and your kneading bowl.… the produce of your land, the increase of your cattle and the offspring of your flocks” (Deuteronomy 28:15–19). The Bible clearly indicates that these troubles will come as a result of His people turning away from Him and violating His laws (see Leviticus 26; Deuteronomy 28; Jeremiah 2:13–19). For students of the Bible, these weather extremes should not come as a surprise—but they should be sobering. For more insights into weather to expect in the future, read or listen to Who Controls the Weather?