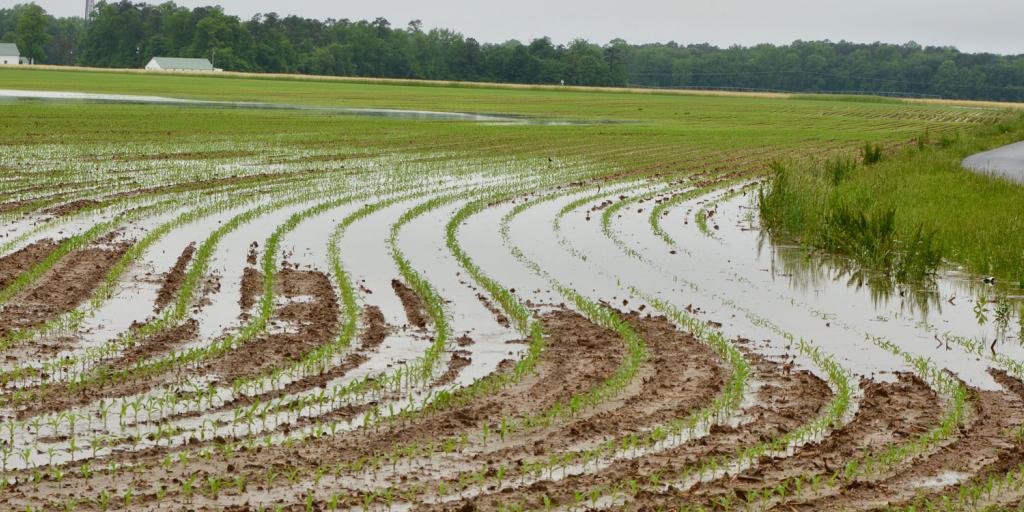 Spring of 2019 brought a “bomb cyclone” in March that flooded a significant portion of the American Midwest (AccuWeather.com, April 11, 2019). Since that devastating event, storms have continued to inundate the region with rains and flooding. While many farmers stored record amounts of corn and soy beans in an effort to wait out low prices, the recent flooding caused much of that stored crop to be lost—U.S. law requires farmers to dispose of all stored grains affected by water.

The storms and flooding have caused many farmers to plant corn later than they should. As of May 20, just 49 percent of farms in 18 corn-producing states had their corn planted for the summer. That number is 38 percent less than the five-year average for the same period of time (USDA Crop Progress report, May 20, 2019). Soybean planting is now about 60 percent behind the five-year average (AccuWeather.com, May 23, 2019). Corn and soybean yields will be lower than average and lower than last year as well. Many believe the drop in soybean prices will cause farmers to accept crop insurance payouts rather than plant soybeans, if given the option. Still, U.S. farm incomes are expected to be lower than usual this year (FarmDocDaily, May 7, 2019). While supplies should be safe this year, lower projected yields could impact grain prices in both America and the rest of the world.

The flooding in the U.S. Midwest is sobering, and the losses to farmers are real. Reserves and the overproduction of grains in America will prevent people from going hungry. However, the vulnerability of agriculture to such conditions beyond man’s control should remind readers of the Bible of events prophesied to occur in the future—events that will dramatically impact the world. Long ago, Moses warned that, due to disobedience to God, “Cursed shall be your basket and your kneading bowl… the produce of your land, the increase of your cattle and the offspring of your flocks” (Deuteronomy 28:17–18). To gain a better understanding of how God uses the weather to guide the course of history, be sure to read or listen to Acts of God: Why Natural Disasters?