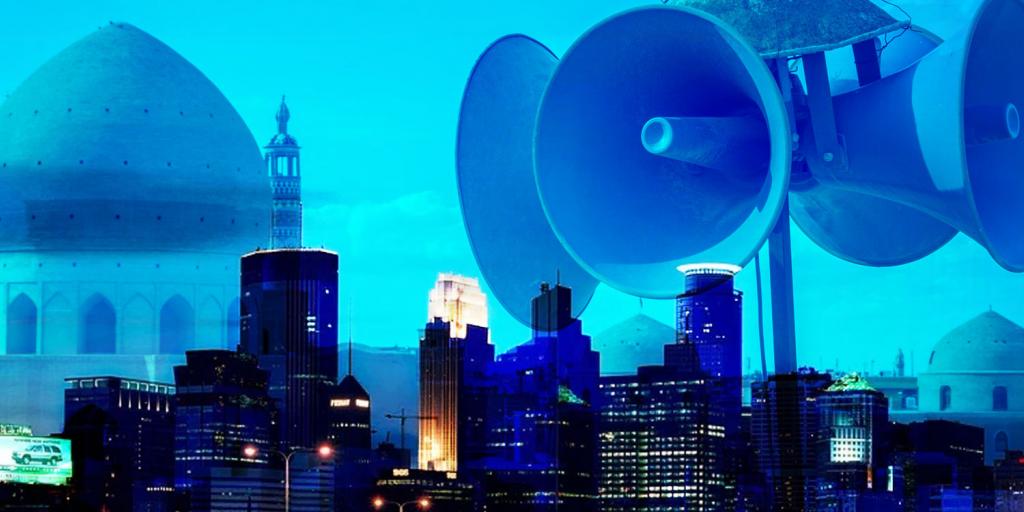 During the Islamic holy month of Ramadan this year (April 23–May 23), mosques in Minneapolis, Minnesota, and several other American cities are publicly broadcasting the “call to prayer” five times a day (Al Jazeera, April 24, 20202). “While the adhan [the call to prayer] is commonly broadcast throughout the Middle East, North Africa and other places, for many Muslims in the US, it is only heard inside mosques or community centres.” One reason behind the recent move is to allow Muslims to pray at the same time while practicing social distancing and avoiding attending mosques. However, it is also an acknowledgement of the growing numbers of Muslims in America.

For this call to prayer to be broadcast publicly, city governments must approve the action. Although Minneapolis is not the first city in the United States to approve the public call to prayer, this is the first time it has been allowed in a major American metropolitan area. For some, this represents equality under the law. However, for many residents of these cities, the Muslim call to prayer is a public enforcement of personal religious beliefs and very different than the ringing of church bells. This same issue has generated controversy in numerous European cities.

For many, broadcasting Islamic prayer calls over an entire community, multiple times a day, in a nation that once publicly embraced many biblical principles it now shuns, is quite disturbing. The Bible plainly states that if the Israelite-descended people turn away from God and reject His commandments, one of the consequences will be that “the alien who is among you shall rise higher and higher above you, and you shall come down lower and lower” (Deuteronomy 28:43). The public broadcasting of Muslim prayer calls in U.S. cities highlights how those of the Islamic faith are gaining political influence in the nation. We appear to be watching these ancient prophecies being increasingly fulfilled today. To learn more about how God deals with human choices that are contrary to His instructions, be sure to read “Why Does God Punish?”