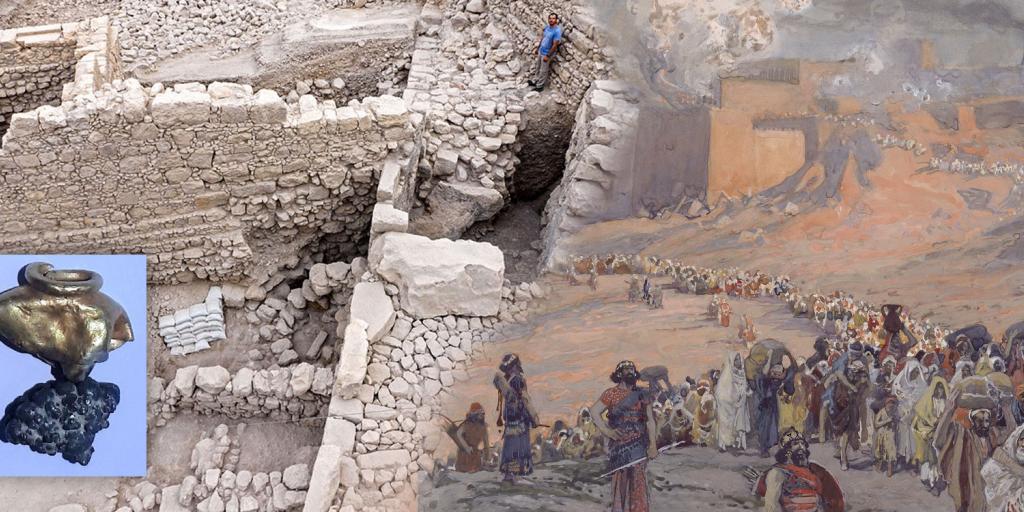 New Archaeological Support for the Bible

While critics persist in their efforts to discredit the historical accuracy of the Bible—claiming it is just a book of fables and stories—archaeology continues to reinforce the historicity of the Bible. “Archaeologists excavating on Mount Zion in Jerusalem have uncovered evidence of the Babylonian conquest of the city, appearing to confirm a Biblical account of its destruction” (CNN, August 12, 2019).

Archaeologists have unearthed a gold earring and arrowheads among debris—items not usually found together in dig sites. CNN reports that Shimon Gibson from the University of North Carolina at Charlotte told them that “the recovery of the rare piece of jewelry is the first time that archaeologists have uncovered signs of the ‘elites,’ appearing to confirm Biblical descriptions of Jerusalem’s wealth prior to the conquest in 587–586 BC,” noting that “jewelry is a rare find at conflict sites as warriors would normally loot it and melt it down.” According to Gibson, the find is a “clear indication of the wealth of the inhabitants of the city at the time of the siege.”

The Bible records the destruction of Jerusalem under Babylonian King Nebuchadnezzar—an event that has been described in the pages of the Bible for thousands of years (see 2 Kings 25 and Jeremiah 39 and 52). As history and science advance, the accuracy of the biblical text continues to be confirmed. Jesus Christ declared that God’s word is truth (John 17:17), and the Apostle Paul wrote that evil men would try to “suppress” that truth (Romans 1:18). However, the discoveries of archaeology and other sciences also leave mankind without excuse (cf. Romans 1:20). For more insight into the accuracy of the Bible, read or listen to our solidly documented booklet The Bible: Fact or Fiction?