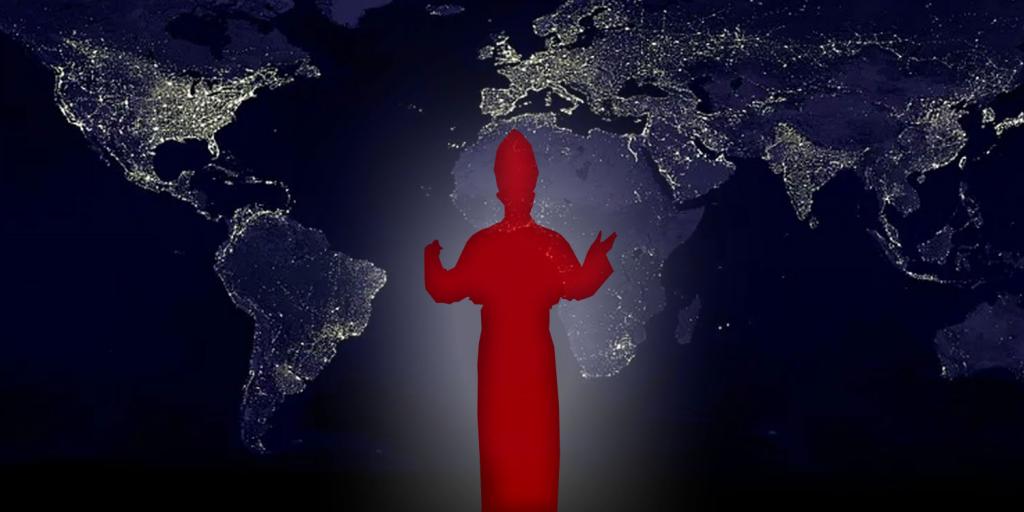 Pope Calls for One World Government

In his latest encyclical letter, Fratelli Tutti, Pope Francis spoke of a need for all nations of the world to submit their governmental powers to a reformed and more powerful United Nations in the hope of leading to one world government to benefit all mankind. He noted that the time is now right to make this move, since globalized economic conditions in the twenty-first century have weakened the political power of nation states. A single, global authority, he wrote, “ought at least to promote more effective world organizations, equipped with the power to provide for the global common good, the elimination of hunger and poverty and the sure defense of fundamental human rights.” Francis further suggested that his ally, the UN, would need to be reformed in order to handle such a responsibility, citing the desire of his predecessor, Pope Benedict, to see “real teeth” given to the idea of international governance. He recommends that any reform should include clear limits that would prevent any one nation or small group of nations from having too much power. Francis also called for a standardization of the rule of law across all nations.

End-time Bible prophecies do describe a coming powerful government that will influence the entire world. That future European power will involve ten rulers, or perhaps nations, who “give their power” over to a central government run by a man referred to in prophecy as “the beast.” This political and military powerhouse will be supported by a great and deceptive world church (see Revelation 13 and 17). To learn more about coming events that will surprise the world, be sure to read or listen to “The Coming One-World Government!”