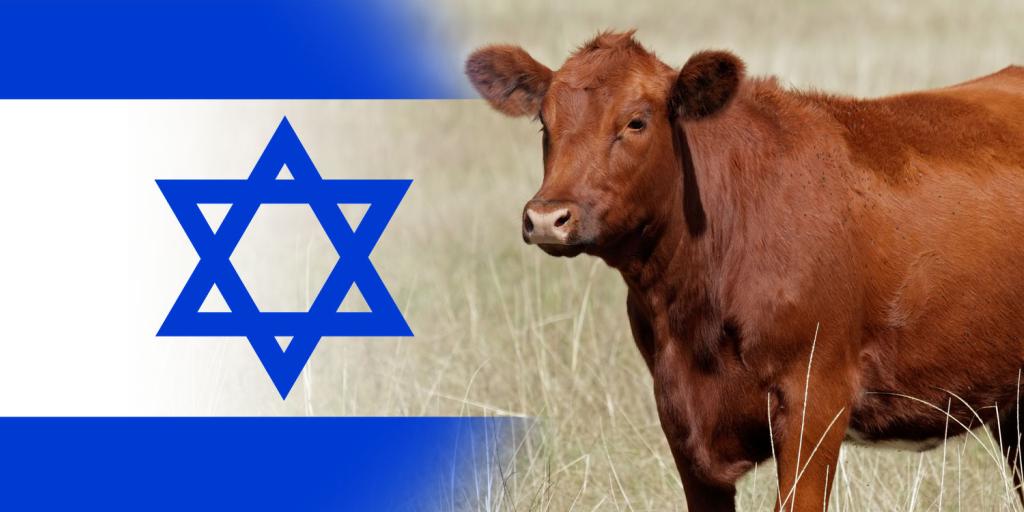 Last week, five red heifers arrived by airplane in Israel (Israel365news, September 16, 2022). The one-year-old female calves were bred and raised on a ranch in Texas, solely for the purpose of producing red heifers that could be used in purification rituals in Jerusalem. To meet Jewish rabbinical standards, the cows must have no more than two non-red hairs, must not have been used for any work, and must have no blemishes—including no brands or ears punctured by tagging. The Temple Institute in Jerusalem recently sent a team of rabbis to Texas to inspect the calves and identify potential candidates. The heifers will now be raised in Israel and will be inspected and prepared for possible sacrifice when they are two years and one day old.

According to Scripture, recorded in Numbers 19, red heifers played a vital role in temple worship in ancient Israel. According to rabbinical tradition, once a red heifer is sacrificed and burnt to ashes, the priesthood can be cleansed, and the building of another temple can commence. Many things can happen to these five heifers over the next year. If they continue to meet the rabbinical requirements, certain preparatory actions can then be taken by rabbis in Israel in relation to ritual sacrifices and perhaps even the rebuilding of another temple. However, in order to fulfill Bible prophecies about the cessation of the daily sacrifices on or near the Temple Mount (Daniel 12:11), only an altar is needed to begin the sacrifices (e.g., Ezra 3:6).

One of these red heifers could be instrumental in the fulfillment of Bible prophecy. To learn more about the significance of future Jewish sacrifices that will be made in Jerusalem, watch “Peace in the Middle East.”