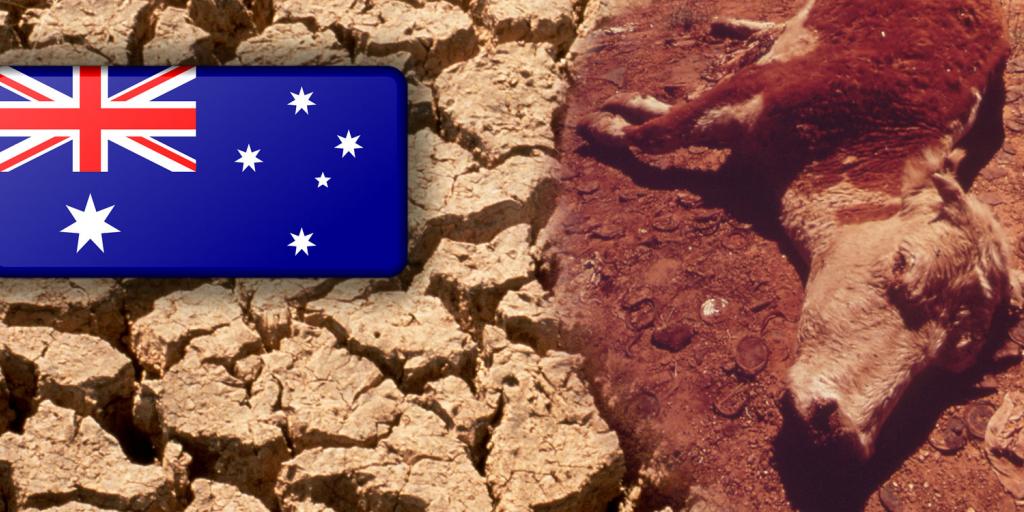 In the South Australian summer, extreme heat is normal. But  The Guardian reports that the heat this summer has been far more severe than usual—recently reaching a record-breaking 49.5° Celsius (120° F) just north of Adelaide (AFP, January 24, 2019). Rivers that historically continue to flow even in dry, hot summers are drying up, killing thousands of animals and millions of fish—and even causing bats to fall from the trees (January 21 and January 23, 2019). Sadly, officials have been forced to cull herds of starving horses, camels, and other animals in order to end their misery. Aborigines, who have long lived in these lands, cannot recall a time when drought has been so extreme.

The town of Walgett, in northwest New South Wales has about six months of water remaining. According to The Guardian, many are using bore wells, but these wells are dangerous. Not only is bore well water high in minerals that kill garden plants and is unfit for drinking, this water also contains microbes that can cause fatal meningitis infections in humans if it enters their noses during bathing or swimming.

Bible prophecies indicate that famines and pestilences will occur at the end of the age. The extreme heat and severe droughts that are currently plaguing southern Australia provide a foretaste of the severity that is prophesied to come on much of the world prior to Christ’s return (Luke 21:11). For anyone with a biblical background, these severe conditions illustrate why Jesus instructed His disciples to pray, “Thy kingdom come” (Matthew 6:10, KJV). Bible prophecies reveal that when Jesus returns to establish the Kingdom of God on this earth, it will be a time of well-watered abundance (Daniel 7:27; Isaiah 35:1–2, 5–7). To learn more about the remarkable future blessings that God’s Kingdom will bring to the earth, be sure to read or listen to The World Ahead: What Will It Be Like?