The World Is In a “Slow-Motion Train Wreck” | Tomorrow's World 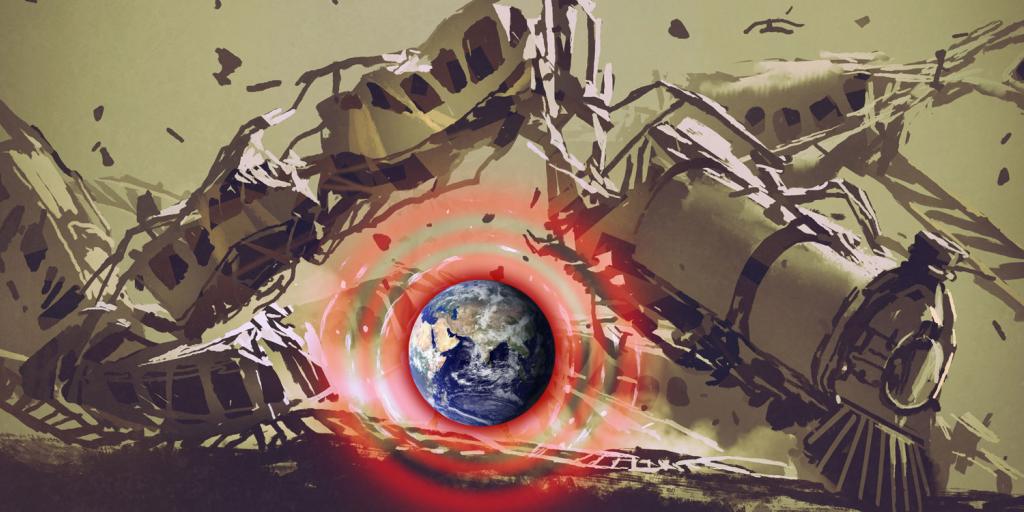 The World Is In a “Slow-Motion Train Wreck”

So says famed economist and advisor to presidents, Nouriel Roubini (Newsweek, October 13, 2022). Nicknamed “Dr. Doom” by Wall Street, Dr. Roubini released a new book in October titled MegaThreats: Ten Dangerous Trends That Imperil Our Future, And How to Survive Them. Leading up to the book’s release, Dr. Roubini was interviewed by several news sources and commented to Newsweek that there are “mounting economic, monetary, social, political, geopolitical, environmental and technological threats and they’re building up” on a global scale. Many of these are threats that “did not exist before” (Business Insider, December 19, 2022). In his book, Roubini predicts a long, protracted global recession, not a short, relatively painless recession lasting only a few months—noteworthy because he is well known for accurately predicting the global recession of 2008.

Dr. Roubini also said that he “never before had to worry about wars among great powers, climate change, global pandemics, deglobalization or trade wars.” He was referring to the last 75 years which have been filled with relative peace and prosperity—a period Roubini describes as a geopolitical anomaly.

While Roubini’s predictions about the future may seem ominous, surveys of the public reveal that many share similar concerns about where the world is headed. However, few today are aware that Bible prophecies have long predicted that, as the end of the age approaches, the world will eventually experience a “train wreck” such as “Dr. Doom” predicts, but on a far greater scale than humanity has ever experienced before. Revelation 6 warns that the end-time ride of the “four horsemen of the Apocalypse” will bring religious deception and persecution, major wars, famines, disease, and death on an unprecedented scale. To learn more about these earth-shaking future events, be sure to watch “The Four Horsemen Ride!”