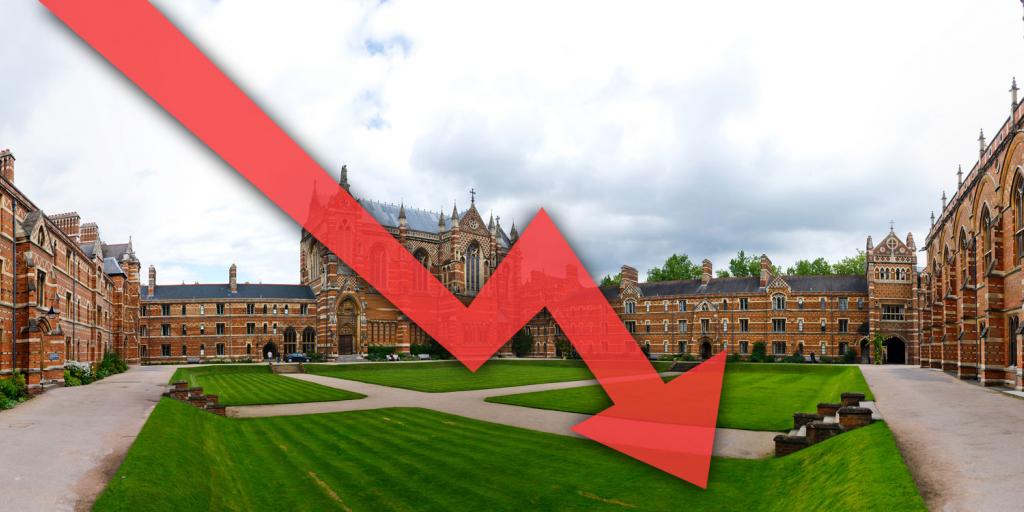 A recent Guardian article title tells a sobering story: “UK universities suffer worst-ever rankings in world league table” (June 9, 2020). For centuries, English universities have garnered tremendous respect around the world. Cambridge, Oxford, Imperial College London, and other universities in the United Kingdom have long been recognized as some of the best in the world, and have been tremendous sources of pride for the English.

In recent years, however, UK universities have been losing ground to their Asian competitors, falling in international rankings for four years running. While Imperial College climbed one spot last year to eighth in the world, it was the only one in the top 20 universities to improve its position. In fact, nearly 75 percent of the country’s schools—including Oxford—fell in the rankings, in what The Guardian reports was “the UK’s worst-ever performance.” Universities in the United States are experiencing a downward trend, as well, “which has seen the country’s share of the top 100 universities fall from 32 to 27 over five years.”

The pride that nations place in their world-renowned universities cannot be understated. However, the Bible warns, “Pride goes before destruction, and a haughty spirit before a fall” (Proverbs 16:18). Bible prophecies warn that at the end of the age, God will “break the pride” of the power of Israelite nations because they will turn from Him and reject His ways (Leviticus 26:14–19). Certainly, for the UK and the U.S., substantial declines in the ranking of their flagship universities is a humbling reality. The Bible reveals that the days ahead hold even greater examples of the breaking of national pride. To find out what the future holds, be sure to read or listen to The United States and Great Britain in Prophecy.