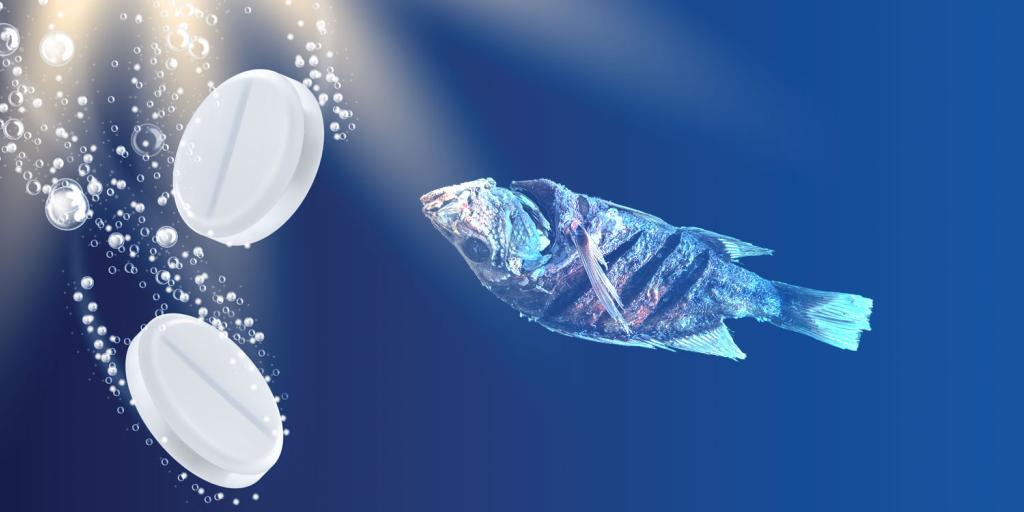 A recent York University study of over 250 rivers in over 100 countries around the globe determined that many rivers are contaminated with pharmaceutical drugs. According to the BBC, “more than a quarter of the 258 rivers sampled had what are known as ‘active pharmaceutical ingredients’ present at a level deemed unsafe for aquatic organisms” (February 15, 2022). The study found high levels of paracetamol (a pain killer), nicotine, caffeine, and drugs used to treat epilepsy and diabetes. How do these chemicals wind up in waterways? Most pass through the bodies of those who use them. Waste treatment plants do not completely break them down, and they are released into the environment.

As the BBC notes, the presence of dissolved human contraceptives has negatively impacted fish development and reproduction, and researchers are concerned that the growing presence of antibiotics in our rivers will increase the level of antibiotic resistance in disease-causing bacteria. The lead author of the study suggests that reducing the availability of antibiotics and other drugs and more restrictive dosages could help begin to solve the problem.

The detrimental impact of drugs on the ecosystem and human beings living downstream is sobering. However, the Bible reveals the good news that the creation will one day “be delivered from the bondage of corruption into the glorious liberty of the children of God” (Romans 8:21). The time is coming when humanity will no longer destroy the earth but will learn to use it as God originally intended. To learn how the Creator expects humanity to tend and keep the earth, be sure to read “Why Worry About Waste?”