What are you searching for most?

Most every parent remembers seeing their infant get a first taste of what becomes their favorite food. Much to parents’ amusement, legs and hands begin to kick and swing and little faces light up with pleasure and euphoria. Infants, and toddlers all the more, are driven to increasing lengths to seek more of what they want.

The drive to seek the feelings and satisfactions of pleasure or reward is an intricate response designed in your brain. The neural structure of the brain and the associated cascade of brain chemicals have been masterfully designed by a wise Creator. Just like infants and toddlers, you are deeply programmed to seek after constructive rewards on many levels.

The brain, along with the spinal structures involved in this process, are collectively called the limbic system, which is the “entire neuronal circuitry that controls emotional behavior and motivational drives” (Guyton and Hall, Medical Physiology). These include hunger, satiety, memory, emotional response, social and familial bonding, sexual reproduction, and maternal instincts. The anatomical dimension of the limbic system spans approximately five centimeters in the brain. In this little space, at least 30 anatomically identified structures, with complex interactions, connect directly or indirectly with 50 billion brain cells and 70 trillion body cells.

Thousands of brain chemicals help the limbic system relay information. These chemicals are released locally from neuron to neuron or released systemically like a hormone. In addition to the opiates produced by the body, these brain messenger chemicals include neurotransmitters like GABA, oxytocin, serotonin, adrenaline, noradrenaline, and dopamine. Most people think of dopamine as a central pleasure-seeking chemical, but it also integrates the “seeking” drive with functions such as cognitive performance, heart and kidney function, and motor control. Produced in multiple locations throughout the limbic system, dopamine is sparked by sensations, or even by our thoughts and perceptions.

Further complicating this mixture are target cells’ neurotransmitter receptors. In American baseball, to catch a ball you must have a glove. For dopamine to have any purpose or function, neurons or cells must have receptor sites. Just as different positions on the baseball team have different gloves, each receptor determines the niche use of a dopamine messenger. Dopamine has five identified receptors, each specific to particular tasks such as memory, attention, sleep, learning, impulse control, decision making, and even kidney function. Within the brain, only about 1 percent of neuronal tissue has dopamine receptors, yet those receptor neurons can communicate electrically throughout the brain. Once dopamine has completed its message, it must be removed from play, much like a ball boy on a tennis court.

The interactions among these intricate components bring breathtakingly complex, varied, and individualized results. They give us the range of sensations and pleasures of a connoisseur savoring a glass of wine or a piece of chocolate. They spur all the rage, anger, and fear packed into the world’s worst wars. They foster the loyalty, affection, faithfulness, and shared memories of an elderly married couple sitting hand-in-hand on a porch swing.

Sadly, profit-seeking men have exploited these powerful and beautifully designed systems for destructive, addictive results. Though usually harmful, addiction is, from a neurobiological standpoint, merely an extreme manifestation of habit. An addiction essentially hijacks the brain’s motivation and reward chemicals, which a wise Creator designed to reinforce good habits and healthy relationships. Not content with the Creator’s design, society at large has imagined, innovated, and exploited increasingly potent agents of addiction.

The fentanyl crisis we are seeing today is one tragic illustration of this. Fentanyl is a synthetic opioid that is 50 times stronger than heroin and 100 times more powerful than the morphine that hooked many injured U.S. Civil War soldiers (“Fentanyl Facts,” CDC.gov, February 23, 2022). In the constant stream of destructive innovation, fentanyl’s recently developed analog carfentanil is 10,000 times more powerful than morphine (“Carfentanil: A Dangerous New Factor in the U.S. Opioid Crisis,” Drug Enforcement Administration, Justice.gov).

Sometimes combined with cocaine or heroin, fentanyl has become seemingly ubiquitous in the illegal drug market. “Opioid-involved overdose deaths rose from 21,088 in 2010 to 47,600 in 2017 and remained steady in 2018 with 46,802 deaths. This was followed by a significant increase through 2020 to 68,630 overdose deaths” (“Overdose Death Rates,” National Institute on Drug Abuse, NIDA.NIH.gov).

Tasteless, colorless, and odorless, illicitly manufactured fentanyl can be put in nasal sprays or eyedrops, or dropped onto paper or small candies. Like all opioids, fentanyl begins its work by binding to the brain’s opioid receptors, bringing euphoric feelings of happiness and relaxation along with pain relief. But as tolerance for the drug increases, the individual can no longer feel any pleasure outside the opioid. Desire for the drug takes over the individual’s life, and overdose becomes likely.

Signs of fentanyl overdose can appear within minutes or even seconds as the drug essentially paralyzes the central nervous system. According to the National Institutes of Health, a fentanyl overdose causes decreased sensitivity of respiration centers of the brain, leading to a dangerous buildup of CO2. The breathing reflex can quickly slow or stop. Decreased oxygenation to the brain can lead to “a coma and permanent brain damage, and even death” (“What is fentanyl?,” NIDA.NIH.gov). Truly, a horrible way to die—and a tragic subversion of a system God designed for our ultimate good.

We are programmed to seek. We know what it is to be physically hungry and what it is to be filled. Sometimes we can feel unmistakably empty, both emotionally and spiritually. Long ago, the Israelite king Solomon, who had wealth beyond measure, sought to satisfy his every desire: “Whatever my eyes desired I did not keep from them. I did not withhold my heart from any pleasure” (Ecclesiastes 2:10). Yet, for all his seeking, he found only bitter disappointment; “Therefore I hated life because the work that was done under the sun was distressing to me, for all is vanity and grasping for the wind” (v. 17). If we willingly surrender control of our emotions and minds, they can be hijacked by Satan the Devil, also called the Destroyer (“Abaddon” or “Apollyon,” Revelation 9:11), who desires to completely disconnect us from God and drive us to “madness” (Ecclesiastes 9:3).

Do you feel you are looking for something you just cannot find? Does it ever seem that nothing can satisfy you anymore? From head to foot, you were made to seek your God. Physically—and, to a much greater extent, spiritually—you were designed to be filled and satisfied with what only your Creator can give you. We live in the “addiction age”—with powerful synthetic drugs, the Internet, alcohol, and pornography offering their baited hooks, waiting to hijack dopamine and other seeking mechanisms in your brain and body. Yet this is nothing truly new; you can read an ancient experimenter’s inner thoughts and emotions in your Bible’s book of Ecclesiastes. Solomon tried the various escapes of life and concluded that only God can satisfy the heart’s desire for something lasting (Ecclesiastes 2:11; 3:11; 12:13).

Though they can certainly help some people to regain a measure of control over their impulses, addiction experts do not have the ultimate answers. Your Bible does, and seeking the truths contained in the word of God has transformed lives. Mr. Wallace Smith’s article in this magazine, “Dying to Get High,” focuses on what your soon-coming King intends to do for you and for every victim of this “age of addiction.” 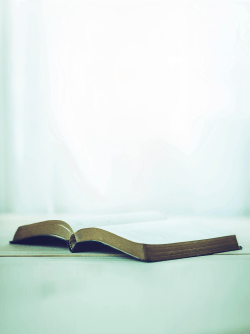 Does the Bible Give Contradictory Accounts of Judas Iscariot’s Death?