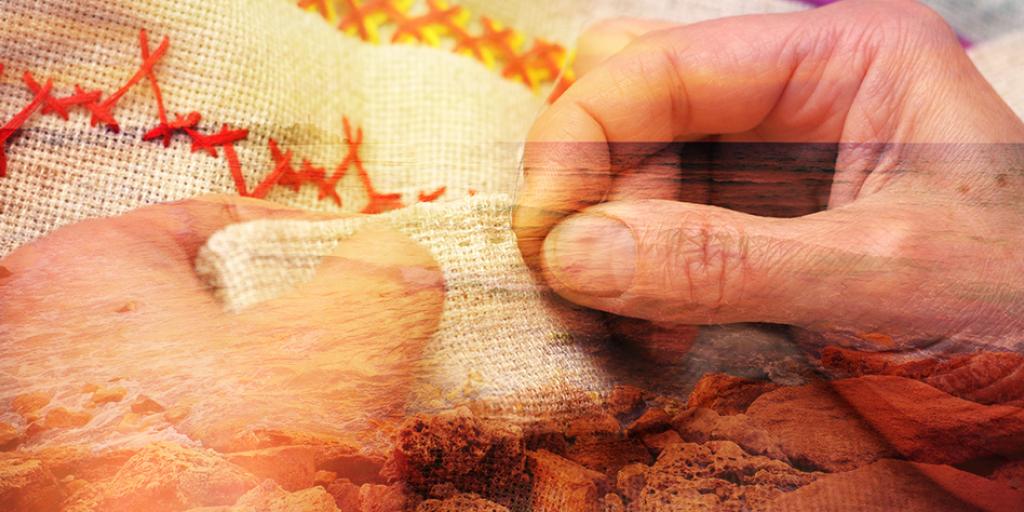 As Christian women today, where do we look for our examples and inspirations? Certainly, there can be no better source for such guidance than our Bible. Consider, with me, the example of one remarkable Christian woman whose actions spoke louder than her words.

The ancient biblical city of Joppa was the home of a Hebrew woman by the name of Tabitha, or Dorcas (her Greek name). Joppa was located on Israel’s western border on the Mediterranean coastline, about 35 miles to the west of Jerusalem. Today, it is incorporated into the greater city of Tel Aviv. It was a major port and trading center, and it also was strategically located on the Via Maris, a major ancient trading route that aided in the distribution of imported and exported merchandise. Jonah sailed from Joppa to escape from God’s presence (Jonah 1:3). Cedar wood was shipped to the port of Joppa and then taken to Jerusalem when “Solomon determined to build an house for the name of the Lord…” (2 Chronicles 2:1; 16).

Who was Tabitha, how did God use her to His purpose, and why is she such a good example for women?

There are few personal details about Tabitha. The Bible does not state whether she was single, married or widowed, rich or poor, or whether she had children; nor does the Bible mention her genealogy. However, one verse reveals some important information about Tabitha: “At Joppa there was a certain disciple named Tabitha, which is translated Dorcas. This woman was full of good works and charitable deeds which she did.” To paraphrase, Tabitha was a Christian woman, or female pupil, who was thoroughly full of many good deeds and also charitable works for the poor, for whom she had active compassion and tender mercy. And, she personally performed  these charitable deeds.

Tabitha was well known by the widows for whom she sewed tunics and garments.  In those days, ordering and purchasing materials, cutting, assembling, fitting, altering and sewing garments, cloaks and robes by hand were tedious and labor intensive endeavors. She willingly gave of her time and effort to help others. It takes a very emotionally, physically and spiritually strong woman to consistently and personally see to the needs of others.

Understandably, the whole community felt a great loss when Tabitha became sick and died. After her body was washed and placed in an upper room, two men were dispatched to the nearby city of Lydda, where the Apostle Peter was staying, to ask him to immediately come to Joppa. When Peter arrived, he saw that the widows were very upset about Tabitha’s death. They showed Peter the garments that she had made for them and told him of her many good deeds. In response, Peter sent everyone out of the room and then knelt down and prayed to God. After his prayer he turned to Tabitha and said, “Tabitha, arise.” God miraculously restored her to life, and then Peter presented Tabitha alive to the saints and widows. Afterwards, “it became known throughout all Joppa and many believed on the Lord.”

What can Christian women learn from Tabitha’s example? Tabitha served the needs of the widows by sewing garments for them. She was especially compassionate and tender to their needs and actively and personally served them and others. Her example is an inspiration to women today to endeavor to serve others by whatever talents God has blessed them with, whether as a seamstress, or one who arranges flowers, is talented in gardening, baking, cooking, music, caring for the sick or teaching children. And, since Tabitha’s good works were known in Joppa, especially among the widows, God used her notoriety and the event of her death and restoration to life as a means for preaching the gospel and calling many others.

Was she a “woman after God’s own heart?” Although the Bible does not use those exact words, this is definitely one case wherein the power of an example definitely shows that she was—and the account of her life, death and resurrection was included as a very special example indeed!