Theresa May, the British Prime Minister, surprised almost everyone on Tuesday, April 18 by announcing her intention to call a UK general election on June 8 this year. This came about, despite May repeatedly saying she would not go to the country until 2020, as mandated by statute. The next day, Parliament declared itself overwhelmingly in favor of a June election (522/13 votes). 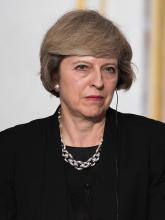 On June 23, 2016, the UK voted in a referendum on the stark question, “Should the United Kingdom remain a member of the European Union, or leave the European Union?” The shocking result, by 52 percent to 48 percent, was in favor of leaving. So began an unprecedented national convulsion of historic (and even “hysteric”) proportions, as a protracted and tortuous process of disentanglement began.

Nothing has divided Britain more over the past 40 years than the question of its place in Europe. It joined the nascent EU in 1973 for economic reasons—with the assurance that there was no political dimension involved.

But after the Maastricht Treaty of 1992 revealed the political ambitions of the EU, establishing itself as a political entity in its own right, a growing proportion of the British complained they had never been truthfully consulted about the organisation they were now part of—one that was headed toward “ever closer union” and some kind of federated superstate. 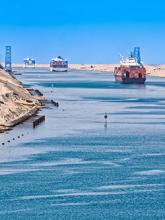 Sixty years ago, the world’s attention focused on one single canal in the Middle East. What happened there continues to impact the world, today.

Britain Votes to Leave the EU

Every now and again a new dawn brings surprising and unexpected events that have the power to recast the course of history, and send it in a radically different direction. Friday, June 24, 2016 was one of those days, as the world woke up to the shocking news that, after 43 years as part of the European Union, Britain had voted to leave. This truly seismic event sent immediate economic and political shockwaves around the globe, and plunged the EU into the greatest crisis of its 59-year history.