The End of War? 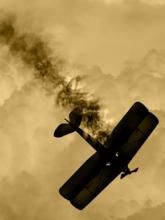 As the world reflects on the 100th anniversary of World War I this July, we wonder: will there ever be an end to war? Your Bible gives an encouraging answer!

What Price Freedom and Liberty?

The 70th anniversary celebrations of the D-Day landings on June 6 held in Normandy dominated the news media. Attended by some 20 world leaders, they included Barack Obama (USA), Vladimir Putin (Russia), the newly elected President of Ukraine, Petro Poroshenko, and the supreme guest of honor, Her Majesty the Queen (UK). 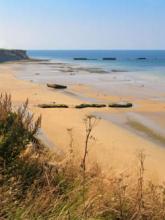 The world had never seen anything quite like it! On June 6, 1944, after many months of meticulous planning, and during a narrow window of opportune weather, the military campaign to wrest the nations of Europe from Nazi control was unleashed. The logistical genius of Operation Overlord, the greatest amphibious assault in history, slowly unfurled as the American and British-led assault (with Canadian support) on the Normandy coast of Northern France began.

A Sad Day for Britain!

March 29, 2014 marked a watershed in Britain as same-sex marriages were performed for the first time. The eager and happy same-sex couples were in no doubt about the significance of the day; as one put it, “We are changing one of the absolute, most fundamental building blocks of our society—marriage. And that’s quite daunting actually.” But are these shocking changes really a good thing for Britain—or any other nation that adopts them? How does God view homosexual relationships—and the political leaders that support them?

Nelson Mandela will be remembered around the world as the emblematic face of the struggle against apartheid.  Perhaps more than any other individual, Mandela, who died on December 5, 2013 at age 95, embodied the effort to scrap apartheid in South Africa and bring the nation’s exclusive white rule to an end. Upon his death, he is known for his character and its transformation of a nation. Yet, throughout most of his life, Mandela was a controversial and divisive figure.