The last week of January 2015 marks the 50th anniversary of the death and burial of Winston Churchill, Britain’s great wartime Prime Minister. Churchill is revered as the leader who galvanized British resistance to Nazi Germany, and is remembered for his indomitable spirit and commitment to fight to eventual victory—no matter how slim the chances may have seemed. He is also remembered for possessing a profound sense of personal destiny, something which colored his entire life. 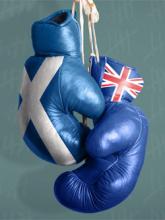 What can we learn from Scotland's failed referendum? What does the future hold for the United Kingdom?

Scotland Votes NO: Now What?

By the early light of Friday morning the result of the Scottish Referendum had become clear. By a decisive majority—55 percent to 45 percent—the citizens of Scotland rejected the prospect of independence from the United Kingdom. Why did they do so, and what will come next?

Scotland at the Brink

Today, on Thursday, September 18, 4.29 million registered voters living in Scotland will be able to vote on the question “Should Scotland be an independent country?” The prospect of an independent Scotland has sent shockwaves through the rest of the United Kingdom, and around the world. If the Scots vote “Yes,” Great Britain will, at a stroke, cease to exist in the form we have known for more than 300 years. What does this vote portend for the UK and the world? 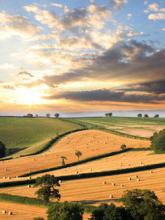 Have you ever thought about what improvements you would make if you ruled the world? That is the task Prospect Magazine, a British general-interest periodical, sets for itself each issue. In a column entitled “If I ruled the world?” authors are invited to express their views, and it often makes for stimulating reading.