Churchill: A Lifetime of Leadership 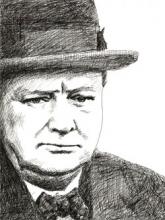 Fifty years after his death, and 70 years after he led Britain to victory in World War II, Churchill's legacy still looms large. What can we learn from this remarkable man?

The Battle of Waterloo, which took place ten miles south of Brussels, was arguably one of the most important and historic of all European battles. It ended the French imperialistic ambitions that had convulsed much of Europe in armed conflict over the preceding 20 years and paved the way for Britain’s emerging global dominance as the foremost maritime nation and commercial superpower.

Back in 1940, as Britain faced its “darkest hour” of World War II, the nation's future hung in the balance. During a remarkable and harrowing window of eight days in late May and early June, a series of miracles took place, focused on the evacuation of the British army at Dunkirk. Now, exactly eighty years later, we can still learn much from those miraculous events.

Forty years ago, on 5 June 1975, UK voters went to the polls in Britain’s first-ever national referendum. The aim was to resolve the preeminent question of the day: should Britain remain in the European Economic Community (EEC) it had joined two years earlier? UK voters will face another referendum before the end of 2017 on the same issue: should the UK remain a part of the EEC’s successor, the European Union (EU)? 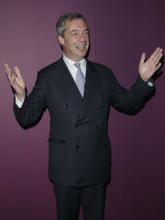 Could the United Kingdom be facing the end of an era of stable government? For months, many political pundits and media commentators in Britain have been saying just that. The May 2015 general election could well mark a watershed in the way Britain is governed, with far-reaching consequences for the future of a United Kingdom. So, what can we determine about the UK’s rapidly changing political landscape and some of the likely challenges and consequences that lie ahead?