A Cup of Trembling | Tomorrow's World 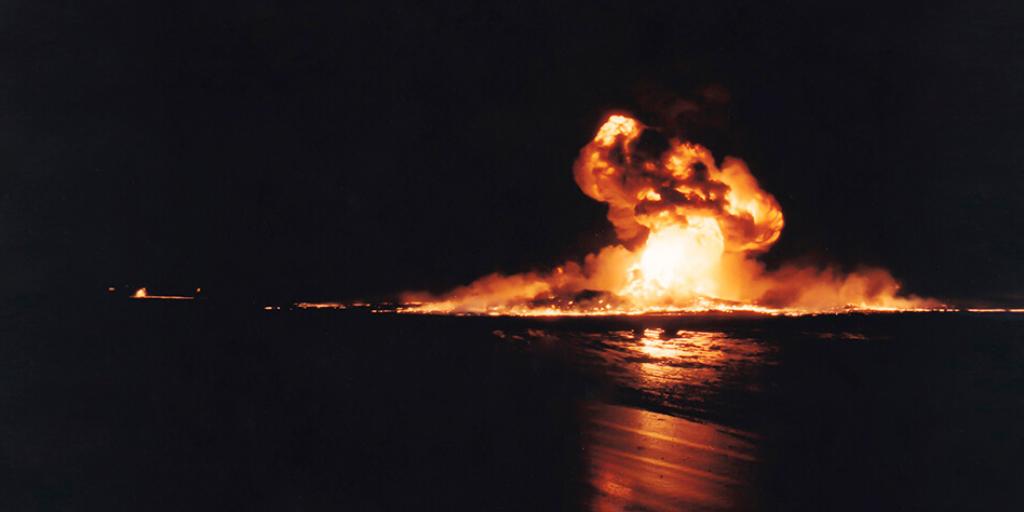 A Cup of Trembling

Day after day we hear of more bloodshed in the Middle East. Palestinian suicide bombers and Israeli military actions are a part of life and death in Israel. Violence begets violence! Is there any possible end in sight?

For the immediate future, the answer is a resounding no! The mix of Israeli and Palestinian desires is volatile, and the future for the region continues to look bleak indeed.

Religion seems to be one of the biggest obstacles to peace. To the average Israeli, Jerusalem is the holiest place on earth and the land of Israel is the "promised land" that God promised to their forefathers. The area of the temple mount was the location of the two previous temples and the desired location for the next proposed Jewish temple.

To the Palestinian Arab, Jerusalem is also holy ground and the location of the famed Dome of the Rock. This magnificent structure was built on the site of the Temple of Solomon and is the oldest Muslim monument in Jerusalem. The prophet Mohammed is said to have traveled from this location to heaven on his trusty steed.

Adding to this mix of competing religions is a willingness to use whatever force is necessary. Israel is armed to the teeth, with weapons of war provided by strong allies and a will to defend the ancient homeland of its ancestors.

However, as formidable as the Israeli military might is, the Palestinians have a very deadly weapon in their willingness to sacrifice their lives as suicide bombers. No amount of military might can stop those who are willing to blow themselves up for a cause.

Equally significant for the region is the flow of billions of dollars of aid to the Israelis and Palestinians. The United States and millions of Jews around the world have poured over 3 billion dollars per year into Israel for weapon purchases since the late 1970's.

The world's Muslims, on the other hand are just now beginning to rise to the challenge of pouring money into the Palestinian cause. In April, fund raising telethons were held in Saudi Arabia and four other Middle Eastern Arab nations. Almost $204 million was raised in just a few days time.

Adding to the rest of the instability in the region is the presence of a majority of all the known world oil reserves in a handful of Arab states. If the Arabs at any time use their oil as a weapon to aid the Palestinians, the entire Western world, including Europe and the United States, could see their vital interests at stake and ultimately be sucked into any major conflict.

In actual fact, according to the God of the Bible, that is exactly what will happen. God, centuries ago, could see the seeds of conflict sewn by competing religions as well as the world oil reserves that have thrust themselves on the world stage in the last century.

According to God's word found in Zechariah 12:1–3, He prophesies about the area in this end time: "The burden of the word of the Lord against Israel. Thus says the Lord, who stretches out the heavens, lays the foundation of the earth, and forms the spirit of man within him. Behold, I will make Jerusalem a cup of trembling to all the surrounding peoples, when they lay siege against Judah and Jerusalem. And it shall happen in that day that I will make Jerusalem a very heavy stone for all peoples; all who would heave it away will surely be cut in pieces, though all nations of the earth are gathered against it."

Clearly, God predicted that the time would come when Jerusalem and the land of Israel would be the focal point of world conflict.

According to the Bible, eventually Europe will see the need to invade Israel, possibly to protect the holy sites of Christianity. In time, a confederation of Islamic states will do battle with the European forces and Europe will launch a major offensive and occupy much of the Arab world.

As we look at the Middle East today, we can see that the stage is being set for dramatic end time battles. Events will swirl out of control like competing storm systems that collide and coalesce into one titanic hurricane.

In fact in the Book of Revelation, Jesus Christ has prophesied of the ultimate battle of all time, when armies of the world will be gathered together to do battle. Apparently some 200 million soldiers will assemble to battle.

Mankind simply does not know the way to peace. God's Word in Jeremiah 10:23 states that "It is not in man who walks to direct his steps."

The tremendous Good News is that Jesus Christ Himself will return to earth and prevent mankind from annihilating itself. At the last moment Christ will intervene to establish the government of God on earth. Finally Jews and Arabs will learn to live together in peace. May God speed that day!

If you would like to learn more about these end-time events, please request our free booklet entitled The Beast Of Revelation: Myth, Metaphor or Soon-Coming Reality? and watch the telecast, "Watch the Middle East."