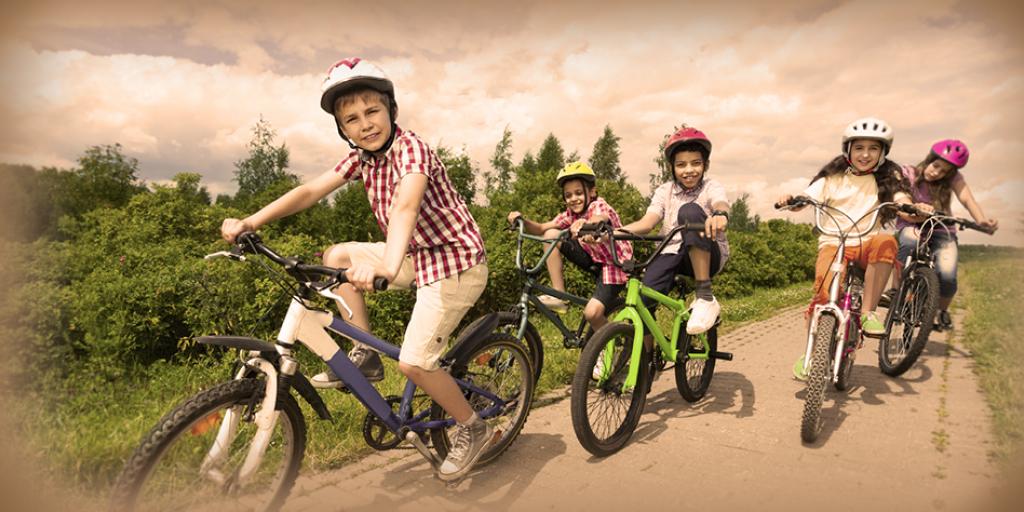 Do you have special memories of “the good old days?” Were they safer? More innocent, somehow? Many who grew up in former decades, especially the sixties, the fifties, and earlier—do remember: things were different! It’s not just wishful thinking and fond memories, distorted by time.

When I was a kid in school, growing up in the American south, the final dismissal bell at the end of the school year unleashed a veritable cloud of papers, notebooks, pencils, socks, and shoes as the mass exodus of adolescents fled the scene of their "captivity." They were ready to roam, “free at last” during the refreshing period known simply as “Summer Vacation!” This treasured escape of the year, when adventure was the only assignment, started with a jubilant burst of excitement. A couple of mornings learning the art of “sleeping in” would follow; then, the exploring would commence.

Our town had an abandoned World War II airport—a perfect stage for endless exploits. The area supplied bicycle trails that crisscrossed the forgotten, barely paved runways. The open meadows of the airfield provided battlegrounds for imagined military maneuvers, which could last all day. With a few carefully placed objects, the same meadows became a ball field for the next generation of big leaguers. When a rainstorm postponed the action, the bordering trees supplied a partial haven—cover from most of the precipitation. After the rain, the grassy meadow was wondrously transformed to the county’s biggest “slip and slide,” since we were all soaked anyhow.

The abundant, wild, fruit-bearing plants supplied the daily cuisine. Strawberries, yellow and red plums, and blueberries ripened in early June and continued through the season until all were consumed. Varieties of blackberries also grew throughout the summer, providing nourishment until appetites were appeased—at which point the fruit humorously evolved into the forerunner of paintballs. The blackberry stain on a white T-shirt was the undeniable evidence of a masterful direct hit. None of the moms would (hopefully) notice the stains if another rainstorm caught us on our bike ride home.

The fleeting moments of summer would be cherished, retold in glowing terms and remembered fondly when the next school session convened. Our daily, energy-infused activities, fueled by the vivid imaginations of children, would turn into joyful memories for years to come. What an adventure!

Are times like these gone forever? Will children around the world never to be free to lose themselves in the true joy of life? Will there ever be a time when boys and girls will be safe to play and roam through God’s creation with the abandonment of those past summers? Gang and drug-related violence, kidnapping, conflict, and civil strife have all given people more fear for their children than many of us have ever experienced. We realize that, for many young people, many of the childhood adventures we cherished may have to wait for a different time, a future situation, a world to come—but it is coming! And it will be different in a way no one has ever seen, no matter where you grew up or what your experiences were like.

Writing under the inspiration of God, during a period of restoration for his people after being released from captivity in Babylon, the prophet and priest Zechariah chronicled the message of a future of restoration. He described the vision of a world where Jesus Christ establishes and rules a period of peace like never experienced on earth before—a coming time in history when “old men and old women shall again sit in the streets of Jerusalem” and dwell safely protected from the dangers that plague most major cities during our present age. “The streets of the city shall be full of boys and girls playing in its streets” records the prophet—a glimpse into this coming age when children will again play in joyful exuberance, unencumbered by worries for their safety (Zechariah 8:4, 5).

We in the Living Church of God call this time Tomorrow’s World. A soon-coming period when the Creator of the entire universe will intervene, reclaiming this world from mankind’s self-inflicted chaos and establishing His laws on a foundation of love for our fellow man. God will establish an environment where life will flourish and be cherished as the rule of God’s family is realized. Truly, this will be a time like no other.

To find out more, please order The World Ahead: What Will It Be Like? today.