A Time of Restoring | Tomorrow's World 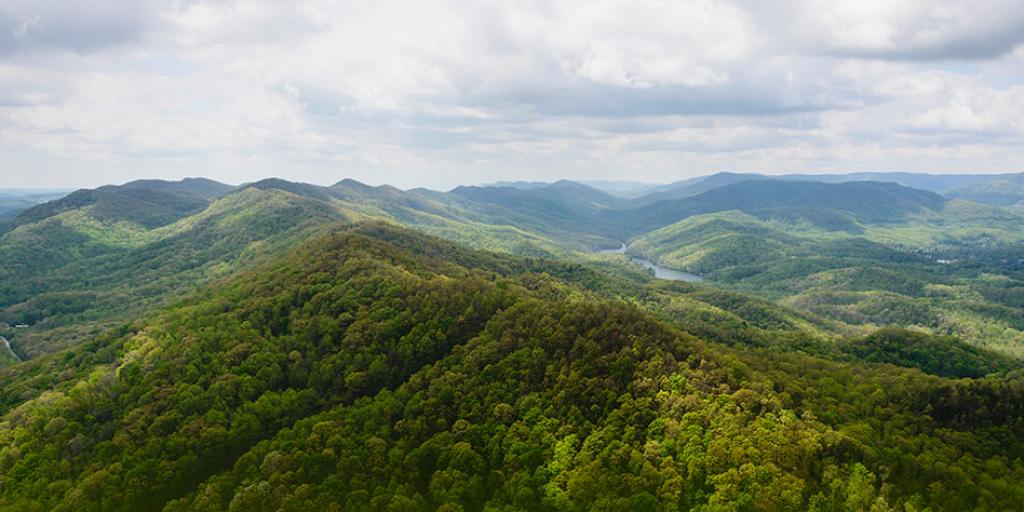 A Time of Restoring

Years ago, a friend and I stood on a mountain crest located on the Cumberland Plateau. Before us were broad grassy meadows, created from land that had been strip-mined. Although major damage had been done to the land through clear-cutting of timber and strip-mining, reclamation was producing positive results. The meadows were pleasing to the eye and the animal we saw near the edge of the meadow greatly enhanced the view.

When the first Europeans arrived on the North American continent, they found a land with abundant natural resources. In biblical terminology, it might have been described as a "land flowing with milk and honey." Unfortunately, these resources were not managed in a wise, considerate way. All the major resources, including water, forest, grasslands, animals, etc., were badly used and abused. You might say that most, if not all, of the flora and fauna were grossly mismanaged. Why did it happen this way? It happened because the overall motivation was one of selfishness and greed! God's way of "give"—that is loving your neighbor as yourself—was not practiced. Instead, the human way of "get"—the way of self-interest regardless of the cost—was followed.

From the beginning, God instructed mankind in the proper care of His environment. In Genesis 2:15, we read "and the Lord God took the man and put him in the garden of Eden to dress it and to keep it." Notice it was a garden, a place of beauty and fertility. However, dressing it and caring for it would enhance and maintain the beauty, fertility and value. Sadly, mankind ignored the instructions concerning dressing and keeping the land, along with other instructions from God. As a result, the land, plant and animal life, and mankind itself, have all suffered.

Can people take care of their environment? Can they be good stewards of the land and other resources? Yes they can, if they practice the way of love toward God and love toward neighbor and reject the harmful way of indulgent self-interest that ultimately isn't good for "self" or anyone else!

Damage that has been done to the environment and renewable resources can be undone or at least repaired in part. The scene I described at the beginning is evidence of this. The animal my friend and I saw at the edge of the meadow was an elk. They had been hunted to extinction in this area over 150 years ago. Recently, elk have been reintroduced to the area and appear to be doing well. The reclaimed land that had been clear-cut and strip-mined helps provide a suitable habitat for them.

Oak trees are now the predominant hardwoods in the Appalachians and the surrounding area. Why is this noteworthy? One reason is, until the twentieth century, the American chestnut was predominant. It was an outstanding resource widely used as a very durable building material, and the nuts were excellent food for both humans and animals. Regrettably, blight destroyed almost 100 percent of the American chestnut trees in the period between 1900 and 1950.

The chestnut was a magnificent tree that could live up to four or five hundred years. Many chestnuts were eight feet or more in diameter and well over 100 feet tall. As a boy, I remember a few of these great trees still standing, but already dead. I played in hollow chestnut stumps that were five to six feet in diameter. Once, in the Great Smoky Mountains, I came upon a chestnut stump that was almost nine feet in diameter at ground level. What a shame they disappeared from the landscape. Currently, there is an ongoing effort to restore this native tree in portions of its former range. However, the progress is slow and may not be successful.

The blight that devastated the American chestnuts probably originated with trees imported from the Orient. Although not intentional, the introduction of this blight produced very negative consequences that still impact us today. The lesson is, as a society, we need to be much more aware of our responsibility in protecting our environment and resources that we have. Neglecting our responsibilities will be a scenario for future disasters.

In general, mankind has always shown the proclivity to abuse and misuse the natural resources and to pollute the environment. They have done this with little or no thought for the present, much less the future. However, a change is coming—a change generated by the return of Jesus Christ. Revelation 11:18 tells us that when Christ returns, He will destroy those that destroy the earth. (Read our encouraging Tomorrow's World magazine article "How will the Earth Be Restored?")

In Acts 3:19–21 we read about a restitution or restoring of all things after Christ's return. Then, waste places and deserts will become like the Garden of Eden (Isaiah 51:3). Finally, human beings will listen to God, their Creator, and do what they should have done from the beginning. That is, to "dress and keep the garden." When this is done, it will be a blessing to mankind and all creation.

Please order your free copy of "The World Ahead: What Will It Be Like?" today.