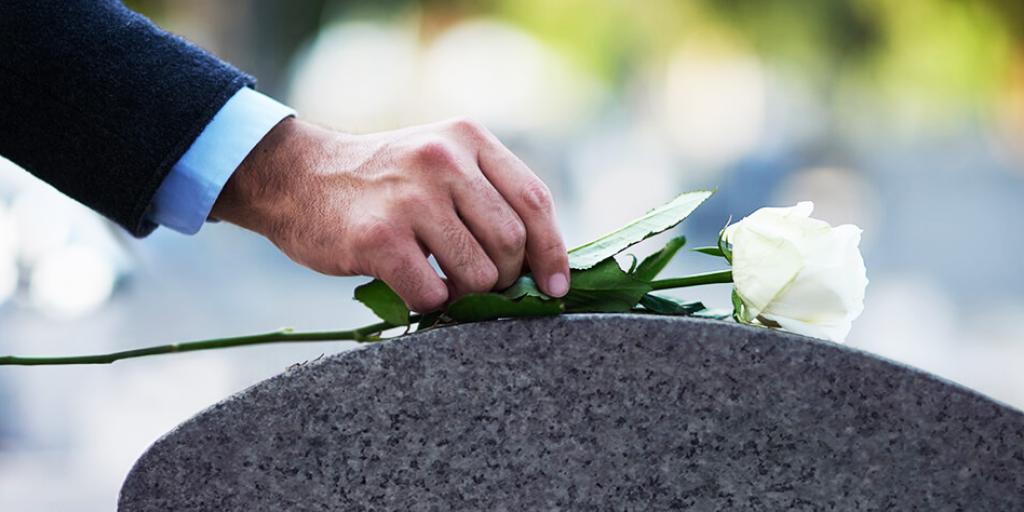 While watching a classic epic movie from the 1960’s recently, I was surprised when, about halfway through the film, there was an intermission. I suppose the directors figured the audience needed a brief break before the lengthy production resumed to complete the story. In live theater productions and at the symphony, an intermission is often provided before the actors again take the stage and continue the performance.

This pause in the action before the story resumes came to mind as I attended the funeral of a person who died at a great age, or as the Bible says, “in a good old age, full of days.” The priest at the funeral service gave a brief homily in which he stated that the deceased, being a good person who died in the faith, was in heaven in the presence of the Father and Jesus Christ. He mentioned the resurrection to come, but did not explain why the resurrection of the dead would be necessary since, based on his comments, the deceased person was already in heaven having received their reward. It was a solemn, liturgical service, but sadly it was not Biblically correct—it contradicted the Scripture.

For example, the Apostle Paul stated plainly that “…it is appointed for men to die once, but after this the judgment” (Hebrews 9:27). Jesus cleared up the matter of going to heaven when he said, “No one has ascended to heaven but He who came down from heaven, that is, the Son of Man who is in heaven” (John 3:13).

Anciently, Solomon understood that there was no consciousness in the grave when he wrote, “Whatever your hand finds to do, do it with your might; for there is no work or device or knowledge or wisdom in the grave where you are going” (Ecclesiastes 9:10). However, death for human beings is not the end of the story. Paul wrote eloquently of a resurrection of the dead, “If in this life only we have hope in Christ, we are of all men the most pitiable. But now Christ is risen from the dead, and has become the first fruits of those who have fallen asleep. For since by man came death, by Man also came the resurrection of the dead. For as in Adam all die, even so in Christ all shall be made alive. But each one in his own order: Christ the first fruits, afterward those who are Christ’s at His coming” (1 Corinthians 15:20–23).

When will this resurrection of the dead take place? Paul gives the timing, “Behold, I tell you a mystery: We shall not all sleep, but we shall all be changed—in a moment, in the twinkling of an eye, at the last trumpet. For the trumpet will sound, and the dead will be raised incorruptible, and we shall be changed. For this corruptible must put on incorruption, and this mortal must put on immortality. So, when this corruptible has put on incorruption, and this mortal has put on immortality, then shall be brought to pass the saying that is written: ‘Death is swallowed up in victory’” (1 Corinthians 15:51–54).

Notice the mention of a great trumpet. It will be a supernatural trumpet blast that the whole world will hear, ushering in the Kingdom of God as Christ returns in power and glory. Paul further explained what will happen: “For the Lord Himself will descend from heaven with a shout, with the voice of an archangel, and with the trumpet of God. And the dead in Christ will rise first. Then we who are alive and remain shall be caught up together with them in the clouds to meet the Lord in the air. And thus, we shall always be with the Lord. Therefore comfort one another with these words” (1 Thessalonians 4:16–18). Where will these resurrected Christians be and what will they be doing? Revelation 5:10 gives the answer: “…And we shall reign on the earth.”

So, while most of the mainstream churches, Catholic and Protestant, teach and sincerely believe that the dead waft off to heaven, or someplace less desirable, the Bible plainly teaches that death is the end of a chapter, but not the end of the story for mankind. Physical death is only an intermission, if you will, in which the dead “sleep” until the return of Christ, at which time the rest of the story of God’s plan for mankind will play out. You can read more about it in Revelation 20–21. Don’t delay!