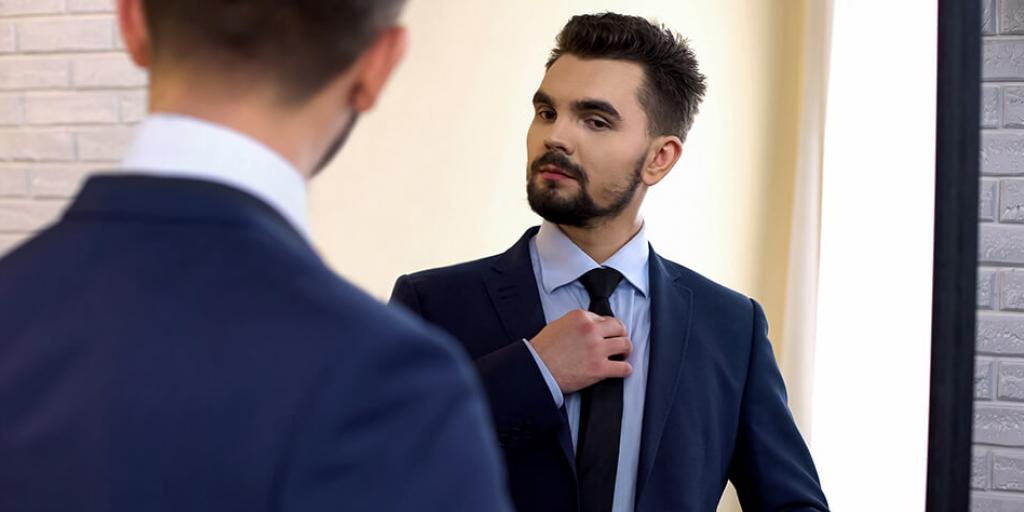 Are You Deceived by Someone's Outward Appearance?

The story goes that a couple was sitting at the counter in a diner enjoying a cup of coffee when the husband nudged his wife and said, “Honey, look at that old couple at the end of the bar. Someday, that will be us.” His wife glanced in that direction and said, with some amusement, “You realize of course that what you see is a mirror at the end of the bar!” This is a humorous reminder that we seldom see ourselves as others see us. It is also true that our mental image of ourselves can be far from the reality of our situation. This mental image is important in determining one’s progress or growth in life.

We often tend to evaluate people because of their outward appearance. For example, someone who is well-groomed, well dressed, and well-spoken is usually afforded more respect and attention than someone who lacks those attributes. While this in itself is not an evil practice, it may result in our being misled by some smooth-talking fraud, or overlooking real character and sound values in a person who is not sophisticated or cosmopolitan in appearance.

Certainly, we should always put our best foot forward, and first impressions do last. Yet we must not let this overshadow our appreciation of the vital attributes of good character, kindness, and honesty. Taking the time to get to really know a person is worthwhile in determining who he or she really is.

The Bible contains some pointed instruction on this subject, from which we can learn valuable lessons. For example, when the prophet and judge, Samuel, was instructed to select a king in Israel to replace Saul, whom God had rejected because of his stubborn attitude and his failure to obey, God led him to select a young man whom no one had even considered. Samuel first observed one of the sons of Jesse who appeared to be a good choice,  “But the Lord said to Samuel, ‘Do not look at his appearance or at the height of his stature, because I have refused him. For the Lord does not see as man sees; for man looks at the outward appearance, but the Lord looks at the heart’” (1 Samuel 16:7).

After examining Jesse’s other sons, none of whom God found acceptable, young David was summoned from the field where he had been caring for his father’s sheep. No one had thought of David, yet God saw something in him that others had overlooked. Indeed, David overcame many obstacles over a period of years to become the greatest king of Israel.

James, the half-brother of Jesus Christ, wrote on this subject in the New Testament. “My brethren, do not hold the faith of our Lord Jesus Christ, the Lord of glory, with partiality. For if there should come into your assembly a man with gold rings, in fine apparel, and there should also come in a poor man in filthy clothes, and you pay attention to the one wearing the fine clothes and say to him, 'You sit here in a good place,' and say to the poor man, 'You stand there,' or, 'Sit here at my footstool,' have you not shown partiality among yourselves, and become judges with evil thoughts?” And then, in verses 8–9 he continues, “If you really fulfill the royal law according to the Scripture, 'You shall love your neighbor as yourself,' you do well; but if you show partiality, you commit sin” (James 2:1–4, 8–9).

What is my point? Just that we should have a healthy, but realistic, self-image if we are to be well rounded as a person. And, very importantly, we should follow the admonition of the Apostle James to avoid showing partiality and condemnation in our dealing with others, especially based on appearances.

If you want to put these important biblical principles to work in your life, consider our free Tomorrow’s World Bible Study Course, which is available in printed form and online. This 24-lesson course will help you to understand clearly the Way of life described in your Bible, and apply it to your own life so that you may reap the benefits.