Francis I, Malachy and Malachi

With the election of Francis I of Argentina as leader of the world’s 1.2 billion Roman Catholics, questions abound. Will he liberalize his church, perhaps relaxing the celibacy requirement for priests and seeking a greater Vatican role in the political life of Europe and beyond? Will he be the final pontiff before Christ’s return? Was his election in fact predicted by a medieval monk?

For hundreds of years, each new Roman Catholic pontiff has been eyed against a famous document called the “Prophecy of St. Malachy.”  Malachy’s “prophecies” have often seemed so broad and vague that it has been a challenge to figure out how each might apply.  Pope Benedict XVI supposedly corresponded to “Glory of the Olive.” After him, the next man in Malachy’s list is called “Petrus Romanus.”

So, where does Francis I—Jorge Mario Bergoglio—fit in? His native Argentina has a rich Italian heritage, but as a child of Italian immigrants Bergoglio has only a tenuous tie to Rome, having spent most of his career in South America. And he seems to be no more or less a “Peter” than any other pope. 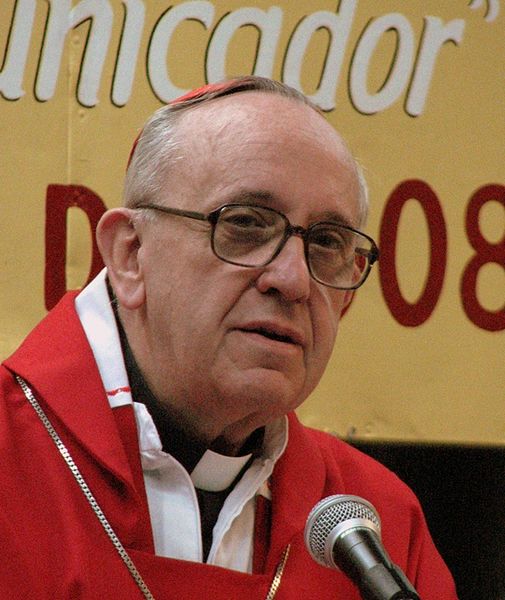 No doubt, speculations will seek to tie Francis I to this old prophecy. Others will point out that there may be innumerable men between “Glory of the Olive” and “Petrus Romanus.” In any case, especially when we consider that John Paul I lasted in office for just 33 days in 1978, there is no reason to assume that Francis I will be the final pope before Christ’s return.

We should also note that, although this famous list of future popes was long ago attributed to a 12th century monk, scholars now assume it was forged in 1590 by someone supporting Cardinal Girolamo Simoncelli as Pope Urban VII’s successor. Malachy gave Urban VII’s successor the motto “From the Old City”—which would fit very well with Simoncelli’s hometown of Orvieto, known widely as “the Old City” at that time. However, the pope who was in fact elected, Gregory XIV, was from Somma Lombardo, a region not even recognized as a city until the 20th century.

Instead of pondering the dubious Malachy prophecy, Vatican-watchers may instead want to consider the words of the biblical prophet Malachi, who in Scripture offers this strong rebuke of the priesthood: “For the lips of a priest should keep knowledge, and people should seek the law from his mouth; for he is the messenger of the Lord of hosts” (Malachi 2:7). The Roman church has certainly established a large body of what it calls “canon law” to guide its priests and its members. But is that law truly God’s law? Or has the Roman church established much law that is not only absent from Scripture, but in fact is contrary to the teachings of Jesus Christ? Malachi reminds us of these powerful words from God: “For I am the Lord, I do not change” (Malachi 3:6). Would an unchanging God really change something as fundamental as his seventh-day Sabbath, kept and taught by Christ and His apostles? Would He institute mandatory celibacy for His priesthood, after setting the example of appointing married apostles?

This is not just an academic or historical question; it involves the very destiny of Christians. What is the consequence of “getting it right” and obeying Christ’s commands? Malachi describes God’s plans for those who love Him and keep His commandments (1 John 5:3): “‘They shall be Mine,’ says the Lord of hosts, ‘on the day that I make them My jewels. And I will spare them as a man spares his own son who serves him.’ Then you shall again discern between the righteous and the wicked, between one who serves God and one who does not serve Him” (Malachi 3:17–18). What a glorious and awesome destiny for those who yield to Christ and serve God in the way He intended!