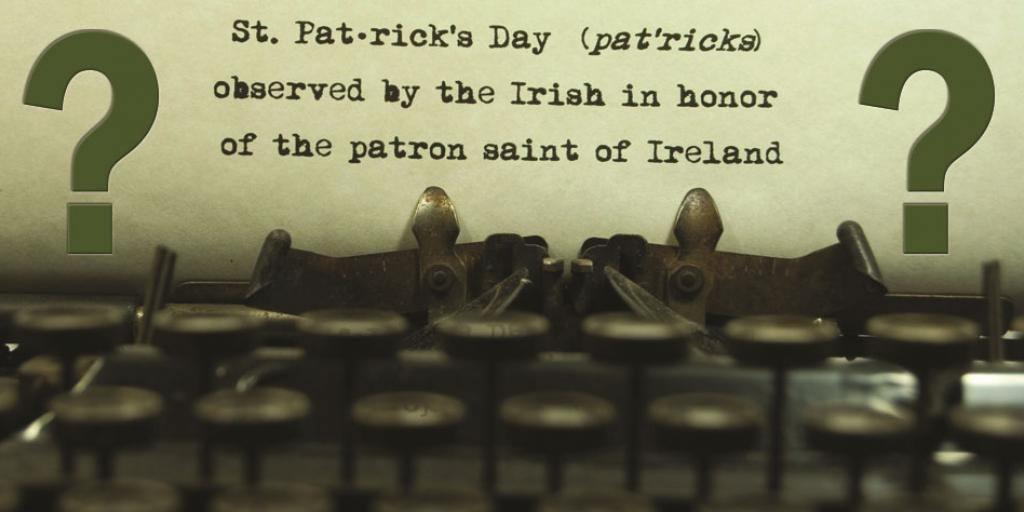 Though it is widely celebrated as a Christian holiday, Saint Patrick’s Day was not a church festival until the seventeenth century. The history surrounding Saint Patrick is sketchy and largely based on legends and conflicting traditions. Like other mainstream Christian “holidays” that have been passed down through Catholic tradition, it is associated with many symbols of pagan religion. Shocking?

Saint Patrick’s Day was declared to be a holy day in the Roman Catholic Church, and an official Christian festival by several Protestant denominations of Christianity, to celebrate Saint Patrick’s alleged miraculous acts. It also became a holiday that is observed in many countries, particularly where there are people of Irish descent.

There is very little that can be considered undisputed facts about the individual known as Saint Patrick. Rather, the claims about him are based on legend, tradition and suppositions, theories and interpretations about those legends. Even doing an elementary level study of Saint Patrick, you will find many statements such as “it is supposed” or “it is reckoned” or “it is claimed” and “according to legend.”

The dates of St. Patrick’s life—the years of his birth and of his death, and even the place of his birth - are uncertain and widely disputed. The Catholic Encyclopedia, in its article on St. Patrick, gives the year of his death as 493, acknowledging that some sources say 460 or 461. Even the alleged writings of St. Patrick provide nothing that can be dated with any accuracy.

There are numerous legends of miracles attributed to St. Patrick that have become exaggerated by the telling, elevated to the level of the miracles God performed through Moses or Elijah. One of St. Patrick’s alleged acts is driving all of the snakes out of Ireland. However, there are no fossil collections or records of there ever having been any snakes in Ireland. Snakes generally do not live in insular lands, as is the case in Iceland, Greenland, Hawaii and New Zealand.

The symbols of Saint Patrick’s Day are all rooted in paganism. The three-leafed shamrock was allegedly used by St. Patrick to teach his converts the trinity doctrine. But long before that the shamrock was the symbol of the Irish pagan triple goddesses of Eriu, Brigid and Morrigan. Such three-fold deities are very common in pagan mythology. Such goddesses are often pictured as three-headed figures, or as a triad. Eriu was the Celtic mother Goddess of Ireland. The modern version of the name is Éire. The proper name of the Republic of Ireland is Poblacht na hÉireann, since declaring its independence from Great Britain in 1916. The phrase “Erin Go Bragh” means Ireland forever or until eternity.

The other well-known symbol is the Leprechaun, an imaginary, magical, mischievous Irish fairy, supposed to be the son of an evil spirit. The color green is the symbol of Spring, fertility, life and nature.

There are respected historians who acknowledge that some of the original twelve apostles were in Britain and Ireland long before Saint Patrick in the fifth century. They fulfilled Jesus’ command to “go therefore and make disciples of all the nations” (Matthew 28:19). The Apostle Paul traveled all over the Mediterranean Sea, so it should be no surprise that the twelve apostles carried the gospel into populated areas of the world of their day, including Britain and Ireland. And certainly they baptized converts in Ireland long before it is alleged that Saint Patrick converted Ireland.

One question professing Christians should examine is, why were God’s true commanded holy days abandoned? Why invent new festivals? Why incorporate trappings of pagan celebrations into celebrations to honor God? Does that please God? Does He care which days we call holy?

Get a copy of our free booklet, The Holy Days: God’s Master Plan. Find out which days God said are holy and which He commanded to be observed.