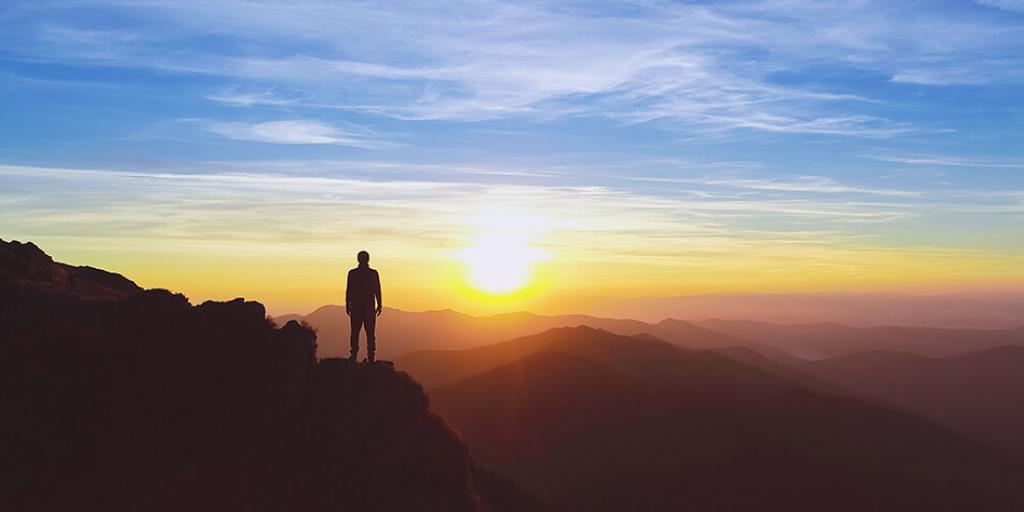 July 4 is the day the United States celebrates its independence. Many nations throughout history have fought for their independence and have set aside days to mark their attainment of it. Is independence and self-rule the real answer to mankind’s search for peace and happiness? Sometimes, when injustice or oppression, either real or perceived, becomes too great, people will follow movements to "rise up" against, "throw off," or reform a system. However, even under what historians would deem the most justifiable circumstances, rebellion often brings unintended consequences—and mankind's perceptions are notoriously biased in such matters.

The desire to be independent—“on our own” and free from “other people telling us what to do”—is in all of us. The toddler cries, “I want to do it myself!” The teenager cannot wait to be on his own, free from parental authority. But as we all know, immature desires are sorely limited by a lack of experience or perception.

A friend once told me that he had shared these independent sentiments as a teen. “So,” he said with a wry grin, “I joined the army!”  He found that there is nothing like a U.S. Army sergeant to let you know that he considers it his business to tell you what to do and when to do it. He will also tell you—repeatedly—that your status is less than that of a lowly fly larva! From play toys to politics, we achieve varying degrees of success—and drastic degrees of failure. We learn lessons—but is experience always the best instructor?

Throughout history, mankind has declared its independence time and again. In the Garden of Eden, Adam and Eve made the mistake of believing the serpent’s lie that they could be wise, make their own decisions, and chart their own course—that they did not need God to tell them what to do. But, though they had much yet to learn about life, liberty, and the pursuit of happiness, they rejected their Teacher long before graduation!

The ancient Israelites, having grown into a nation, were at first governed by human judges guided by God. But they decided to declare their independence, and told Samuel, “Look, you are old, and your sons do not walk in your ways. Now make us a king to judge us like all the nations” (1 Samuel 8:4–5). God told Samuel to give the people what they wanted, for they had rejected Him from reigning over them (v. 7). They, too, would learn a harder way than God originally intended.

Jesus’ well-known parable of the minas (or pounds) illustrates mankind’s stubborn streak of independence. A nobleman went into a far country to receive a kingdom. Before his departure, he gave his ten servants each a mina. “But his citizens hated him, and sent a delegation after him, saying, ‘We will not have this man to reign over us’” (Luke 19:14). The rejected man refers to Jesus Christ, who will return as the conquering King of kings to rule over all nations of the earth.

One might expect that when Christ returns to the earth and reveals Himself to mankind, that He would be welcomed with open arms and cries of “Hallelujah!” Sadly, that will not be the case. In fact, mankind will battle Christ with all of the power it can muster. “And I saw the beast, the kings of the earth, and their armies, gathered together to make war against Him who sat on the horse and against His Army” (Revelation 19). And in Psalm 2:2–3: “The kings of the earth set themselves, and the rulers take counsel together against the Lord and against His Anointed, saying, ‘Let us break their bonds in pieces and cast away their cords from us.’”

Independent mankind does not want anybody—including Almighty God—telling it what to do. Thankfully, as both of these accounts reveal, all the puny human efforts to fight Christ will be dashed to pieces. Every knee will bow to Christ as the King of the earth. All of mankind will confess that Jesus Christ is Lord (Philippians 2:9–11).

Finally, under the rule of the Kingdom of God, human beings will finally learn to trust in, rely on, and depend upon Jesus Christ and God the Father. No longer will people perish for lack of vision or guidance (Proverbs 29:18). Mankind will humbly submit to God’s rule and finally, at long last, find the true happiness it has been seeking—but has never been able to find.

To learn more about the glorious future Kingdom God has in store, read the booklet The World Ahead: What Will It Be Like? You can read it online, download it, or request a printed copy absolutely free of charge.