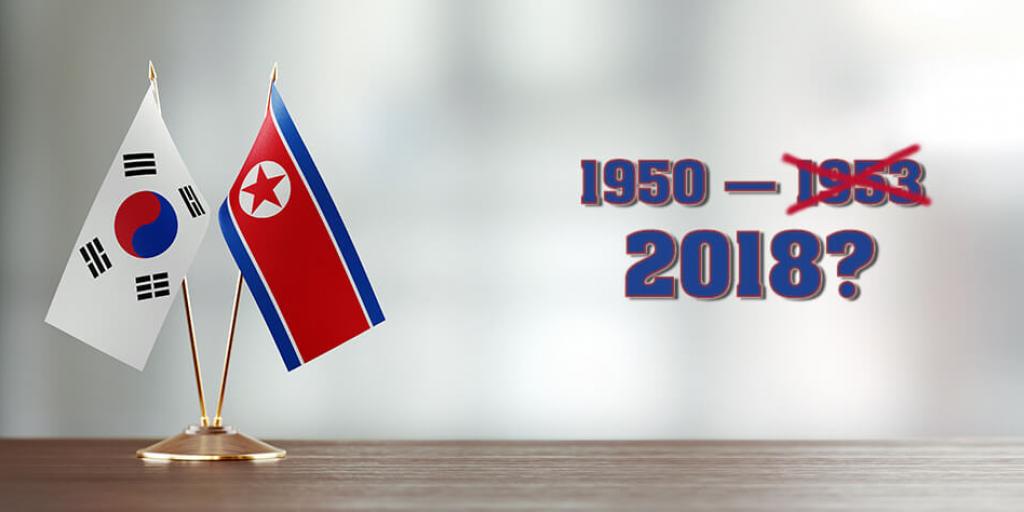 Last Friday, North and South Korea announced a peace summit to end their 65-year conflict. While no battles have been fought in decades, an actual peace treaty to end the Korean War has never been signed. North Korea has been a rogue state since the 1950s and has recently worked defiantly to develop nuclear weapons and the rocket power to deliver them. A successful peace treaty could stabilize a region that has lived in the shadow of nuclear exchange for years.

American media, as expected, quickly started taking political sides. Even though no treaty has yet been signed, conservative media has been quick to laud President Trump’s role as a key factor in North Korea’s sudden change of tone. Other media sources have not been quite as quick to give President Trump a portion of credit, but still have to admit that peace between North and South Korea is better than nuclear warfare!

Although Holy Scripture tells us to watch world events with a special focus on Jerusalem and the Middle East (Luke 21:20–24, for example), this does not mean that we can ignore world events elsewhere. Other scriptures also predict the rise of a “Beast” power in Europe, and that this political and military entity will affect world events and the Middle East in particular (Revelation 13; Daniel 11:40–45; Zechariah 14). However, a powerful force of “kings from the East” will also appear (Daniel 10:44; Revelation 16:12), and events in Korea and the rest of Asia could certainly be important in understanding how this may happen.

Nevertheless, the Bible also shows Christians that peace in Korea is not a sign to slack off spiritually. Events are still moving towards prophesied ends in those crucial parts of the globe. Moreover, the Bible clearly shows why the catastrophic end of this age will take place. Do you know why this age must end and God must intervene? The Bible plainly answers that sin is the reason our world is spinning out of control.

Tragically, even the potential good news coming from Korea this week does nothing to help with the moral rot we see in Western nations and much of the world. Think of it: How many people do you know who will actually change their behaviors based on a peace treaty? Will peace in Korea lead to true repentance for the people of North Korea, South Korea, China, Japan, the United States, etc.? Very unlikely. We can hope that some individuals might repent, but overall it is hard to expect most citizens in those countries (or any other country) to see the need for change, much less to actually start following God’s laws.

The media might want to steal our focus by insisting we only look to see who a political winner or loser of this event is, as they frequently do. Christians, however, can simply be happy and grateful that our leaders might actually achieve a peace treaty in a troubled region of the world, regardless of the politics—that is, if they can pull it off. Yet, even with this good news, we also cannot allow events in Korea to overshadow the bigger picture painted by Bible prophecy. Events in Europe and the Middle East are quickly aligning in ways the Bible has long predicted, but which most people currently ignore. Tragically, such good news as we are seeing in the Korean Peninsula—even news worth rejoicing about—will almost certainly not bring a change to most of humankind’s sinful behavior. The Bible tells us that “counselors of peace have joy” (Proverbs 12:20), and the sight of two nations feeling the hope of peace for the first time in generations should bring joy. But, our understanding needs to be grounded in the knowledge that there is no true lasting peace outside of the reign of the coming “Prince of Peace” (Isaiah 9:6). Until that time, we must remain vigilant, because the end times continue to march forward so long as the world refuses to repent (1 Thessalonians 5:5–6).