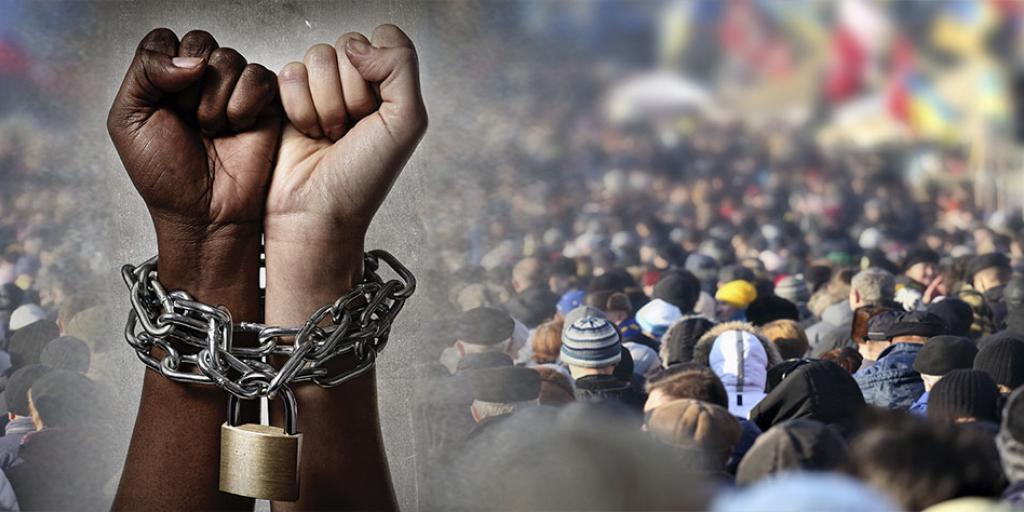 If only Ferguson, Missouri were the end of a terrible, disheartening story. Sadly, it was not. Recent publicized shootings of black men by police officers has ignited waves of protests in the United States, and has resulted in two confirmed retaliatory shootings of police officers in both Dallas, Texas and Baton Rouge, Louisiana.

What is going on? Will there be an end to the divisions in this country? Or are there even more troubling things ahead for America, including race riots? Furthermore, how should Christians respond?

This growing rift in our society, regardless of who is to blame, has serious implications. History provides us with a detailed commentary on the dangers of a divided country. People may wonder where this is all heading. One of Christ’s own prophecies gives insight into current events in the U.S., as well as much of the world. The “Olivet Prophecy,” recorded in the gospels, predicts the signals preceding Christ’ Second Coming. After Jesus’ disciples asked what signs to look for, He answered: “But when you hear of wars and commotions, do not be terrified” (Luke 21:9). The Greek word for commotion can easily describe riots and violent opposition to authority!

Jesus Christ predicted riots and even insurrections against authority directly before His return. We see this happening worldwide, and America itself seems like a powder keg ready to explode. Furthermore, Christ went on to say that “Nation would rise against nation” (Luke 21:10). The Greek word from which nation is translated is ethnos and can mean ethnic group or race: “people joined by practicing similar customs or common culture.” Jesus Christ predicted racial tensions 2,000 years ago—and unless there is nationwide repentance, tragic incidents like what happened in Baton Rouge and Dallas will continue and increase!

The answer is simple, though most will completely dismiss it. There is a real spirit world, filled with fallen angels possessing power to influence mankind and stir up wrong attitudes and emotions—including hatred and murderousness (Ephesians 2:2, 6:10–13). The Bible reveals that Satan the devil is the “god of this age,” and will increasingly exert his evil influence with terrible consequences—leading to worldwide destruction (2 Corinthians 4:4; Revelation 16:12–14).

For those hurting now, however, it seems like weak justice to put the blame on invisible spirits—which Christ will judge at His return. This is a social issue, involving real people. Who is right? Who is wrong? Whose side are you on?

Black lives matter—and so do white lives, and members of all other races. All people, black, white, male and female are made in the image of God (Genesis 1:26). And in times like these, when negative emotions run high, Christians must stand fast in God’s word.

The Bible instructs what Christians should do. First, violent retaliation is never the answer in the face of injustice, whether real or perceived. In writing to the Roman Christians, Paul instructed his brethren to not repay “evil for evil”—vengeance belongs to God (Romans 12:17, 19). Secondly, Christians do not resist governing authorities (including the police) for “whoever resists the authority resists the ordinance of God” (Romans 13:1–5). Thirdly, and most relevant to the majority reading this, Christians are peacemakers (Matthew 5:9)! They do not choose sides or condemn other human beings when disagreement on a personal or larger social scale brings tension. Peacemakers point people to the ultimate fulfillment of world peace—the soon coming Kingdom of God (Isaiah 9:7, Revelation 11:15).

Racial tensions are predicted to continue on a global scale, especially the more this world turns away from God. There are dire straits ahead for any country that abandons morality, even as secular historians note. This is especially true for an ethnically diverse United States. In tears, bloodshed and pain, the world cries out for its Creator—the Maker of all races. True Christians will cry out to God: “May Your Kingdom come! May Your will be done on earth as it is in heaven.”

Please watch the telecast “Are You Your Brother’s Keeper?” and read the Tomorrow’s World article “Racism: a Thing of the Past?”