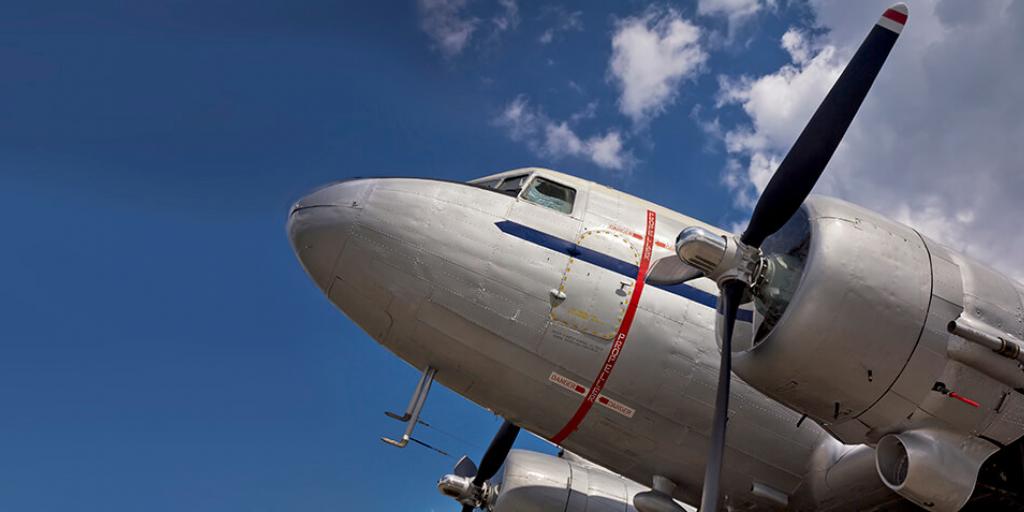 In June 1948, the Soviet Union blockaded the divided, war-ravaged city of Berlin. Resentful of Allied plans for German reunification, they closed the capital’s roads, railways and rivers. Ever the ruthless provocateur, Soviet dictator Joseph Stalin hoped his former allies would abandon their half of the city. Then, with complete control over Berlin, the Soviets could gain a major victory over the West.

The Soviet Union played a risky hand. Stalin felt the United States, France and Great Britain, fearing open warfare, would give up Berlin. World War II was only three years past. No one wanted to fight another devastating conflict OR see West Berlin starve. The other world powers would thus cave in the face of Russian ambitions, and curb their own.

The plan proved to be a miscalculation and would backfire.

It wouldn’t take a war to save Berlin and create a diplomatic disaster for the communists. It would instead take a decisive airborne campaign to feed the city and call Stalin’s bluff.

American and British military leaders drew up a plan for a massive air campaign. Confident of success, the U.S. and Great Britain launched their operation on June 26, 1948. According to History.com, “Instead of retreating from West Berlin… the U.S. and its allies decided to supply their sectors of the city from the air. This effort, known as the ‘Berlin Airlift,’ lasted for more than a year and carried more than 2.3 million tons of cargo into West Berlin.”

The airlift started roughly, but before long Berlin’s skies rained precious supplies. Throughout the year, more and better cargo planes entered the flying flotilla and dropped thousands of tons of material. Mindful of winter approaching, personnel worked almost non-stop to stock the strangled city with goods.

As part of Germany’s postwar division, Western nations and the Soviets had agreed to certain conditions. One of these was to keep three 20-mile air corridors open above the capital. These neutral flight zones proved pivotal to relief efforts.

Despite their brazen blockade, the Soviets’ own fear of another war kept them from interfering—much. Communist forces couldn’t afford to look weak or unresponsive but always stopped short of doing real damage. Soviet pilots would often “buzz” the cargo planes, and fire machine gun volleys across their paths. Ground crews would shine searchlights into the cockpits of the large Douglas C-54s and other aircraft. Sometimes they also would resort to shooting live ammunition—“flak”—to scare the pilots.

None of these efforts slowed the Berlin Airlift, nor did the stream of anti-Western rhetoric and diplomatic flak produced by the Soviet regime.

Because of the Allies’ successful efforts, Berlin’s citizens would neither freeze nor starve. By September of 1949, the Soviet Union ended the blockade. They had succeeded only in hurting their image further. Meanwhile, America and Britain affirmed solidarity with their former enemy, Germany.

Sadly, the Berlin Airlift would only be a small chapter in the Cold War. Soon the Soviets would build the Berlin Wall, which would remain for more than a generation. European integration and Germany’s reunification would face many challenges. Yet, Europe would integrate and Germany would reunify, though much uncertainty remains.

Flash forward to today. Since the breakup of the Soviet Union, Germany and its Cold War allies have shared strong economic and diplomatic ties. But, in shocking contrast to past friendships, political winds seem to be changing for Germany, the European Union, and the United States and Great Britain.

Brexit, internal economic strife, nationalism, trade war with the U.S., withdrawal of American military support—all this has forced Germany and the E.U. to turn a new page. As one political commentator has stated, “…The EU must choose whether it wants to be an enormous Switzerland or a global power. There is another alternative, that of a Fortress Europe…” (“Will Trump’s Trade War Create a United Europe—or a Monster?” WorldPoliticsReview.com, June 6, 2018). While many European leaders may mean well, few can expect them to sacrifice future opportunities because of past favors. And Germany is well-positioned to embrace a stronger leadership role in coming years.

The Bible has more to say about a “Fortress Europe” than you might think. Bible prophecies for Germany, Europe and the rest of the world are taking shape right now—and they promise even more trouble ahead. You need to know what is happening.

But, you can also consider hopeful events of the past, like the Berlin Airlift, and consider also that after trouble will come a better world. A time is coming of true cooperation and peace between nations. Part of that will include remembering how even former enemies once helped each other in times of need.

Learn about that near future, while preparing for what lies right ahead. Order the free booklets, The World Ahead: What Will It Be Like? and The Beast of Revelation: Myth, Metaphor, or Soon-Coming Reality?