How will the current unrest in Myanmar affect politics—and life—in Southeast Asia in the years to come?

In the midst of a devastating worldwide coronavirus pandemic, civil wars and unrest across Africa, European worries over the consequences of refugee migration and Brexit, and almost unprecedented internal instability within the United States, it is no surprise that many are barely aware of the distress in Myanmar, a troubled Asian nation that recently saw a military coup overthrow its fragile young democracy, returning the country to the military rule it had endured from 1962–2011.

Why should we care about Myanmar? Not only may the destabilizing ramifications of the coup spill over into neighboring countries; we see in Myanmar’s troubles a foretaste of what other nations may soon endure.

Myanmar, formerly known as Burma, is bordered by Thailand, Laos, Bangladesh, China, and India. Most of its approximately 54 million people are Buddhists, yet there are significant minorities such as the Rohingya Muslims. As a result, ethnic tensions are intertwined with conflicting religious and political interests. For nearly a decade, these tensions were kept in check by the powerful influence of Nobel Peace Prize-winner Aung San Suu Kyi, whose National League for Democracy stood against military rule and won the November 2020 general election with a landslide of support. When the military seized control on February 1, Aung San Suu Kyi—president of the NLD since 2011 and “state counsellor” since 2016—was taken into detention at an unknown location.

Aung San Suu Kyi now faces a variety of charges that most media outlets and reporters label as ridiculous, such as violating the country’s official secrets act, possessing illegal walkie-talkies, and publishing information that may “cause fear or alarm” (“Myanmar coup: What is happening and why?,” BBC News, April 1, 2021).

Ever since it ostensibly handed power back to Myanmar’s civilians, the military’s performance has widely been considered poor; its negligible results during the 2020 election led many observers to conclude that its power was eroding away. Therefore, drastic action—such as a brutal coup—was the only way the military could hold on to the influence it desired.

Myanmar’s military, having failed to succeed through democratic means—and losing a case against the NLD in the country’s Supreme Court—had threatened to “take action” (“Myanmar’s Coup and Violence, Explained,” New York Times, May 14, 2021). Its threats were swiftly implemented with the arrest of key government leaders—including Aung San Suu Kyi—and, finally, with the brutal suppression of protests from civilians in the streets. More than 600 citizens have been killed as of March 27, and no doubt more blood will have been shed by the time you read this article. Additionally, the military has reportedly assaulted, detained, or tortured thousands of others, according to one monitoring group (ibid.).

As the military continues to crack down on demonstrators, many within Myanmar—and an increasing number of observers outside it—are concerned that more blood will be spilled before this coup is resolved. Dissenting civilians are organizing themselves into militias with the plan to launch guerrilla warfare against the domineering and merciless military, which some observers believe will lead the divided country into a full-scale civil war (“Myanmar Is on the Precipice of Civil War,” ForeignPolicy.com, April 8, 2021).

Apart from the obvious disruption, hurt, and turmoil this latest coup has brought, it has been interesting to note the response of neighboring countries and other far-off powerful nations that understand how much is at stake. The day after the coup, Japan’s State Minister of Defence Yasuhide Nakayama told Reuters, “If we do not approach this well, Myanmar could grow further away from politically free democratic nations and join the league of China” (“Japan’s response to the coup in Myanmar,” EastAsiaForum.org, April 17, 2021). The Japanese government understands Myanmar’s geostrategic significance and is justifiably concerned that the Chinese Communist Party may exploit the nation’s distress to press forward with its own initiatives on the Asian continent.

It is not just nearby countries that are concerned about the recent developments in Myanmar. On April 20, 2021, the European Union adopted a new round of Myanmar sanctions in response to the coup, targeting ten people and two military-controlled companies. The European Council, explaining its actions, made the following statement after instituting the sanctions: “Today’s decision is a sign of the EU’s unity and determination in condemning the brutal actions of the military junta, and aims at effecting change in the junta’s leadership” (“EU expands sanctions against Myanmar military, companies,” Finance.Yahoo.com, April 20, 2021). Interestingly, the USA and the UK also have imposed sanctions on the same two companies (ibid.), demonstrating that there are “plenty of hands in the pie” with diplomatic tensions clearly evident regarding how to handle the volatile Myanmar situation. Indeed, the events on the ground in Myanmar—as well as the actions of China, the EU, the US, and the UK in response to the coup—would be worth watching. There is a lot at stake for the Asian region—and, potentially, the world—as developments in Myanmar continue to progress.

Many believe that the only way to see peace restored in Myanmar will be through the reinstatement of democratic rule. However, although one would be hard-pressed to find a neutral observer who can argue that the recent actions of the nation’s military were justified, it may surprise some newer Tomorrow’s World readers that democracy is actually not a system of government that God or the Bible holds up as the ideal. Although God is allowing mankind to try out different forms of governing itself under Satan’s rulership as the god of this age (2 Corinthians 4:3–4; 1 John 5:19), there is a better type of government that will soon be established over the whole earth, which will eventually spread to all corners of the globe, including the Asian continent and the country of Myanmar. It will be a theocratic form of government with God the Father and Jesus Christ at its head (1 Corinthians 15:24–28) and faithful saints under their direct authority (Revelation 5:8–10). It will be a kingdom of peace because it will be governed by the laws of God, which have been codified for human beings in the form of the Ten Commandments (Exodus 20:1–17; Isaiah 2:2–4; Matthew 5:17–28). Christ’s return will mean no more coups, wars, or murders, as God will take charge of the destiny of mankind and guide it into the way of peace (Daniel 2:44–45; Isaiah 9:6–7).

Although we do not know exactly what the fallout from this coup will be, we can be confident that Jesus Christ is coming back to this earth soon with a benevolent theocratic government administering God’s law. That Kingdom will ultimately bring peace to all nations of mankind—and will never, ever be overthrown or removed! 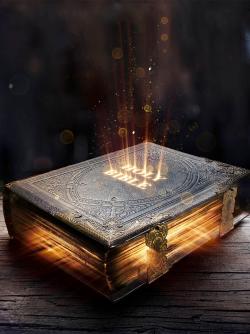 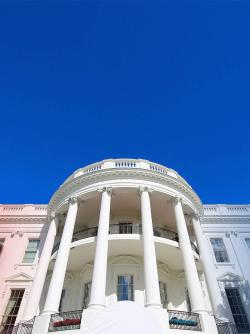