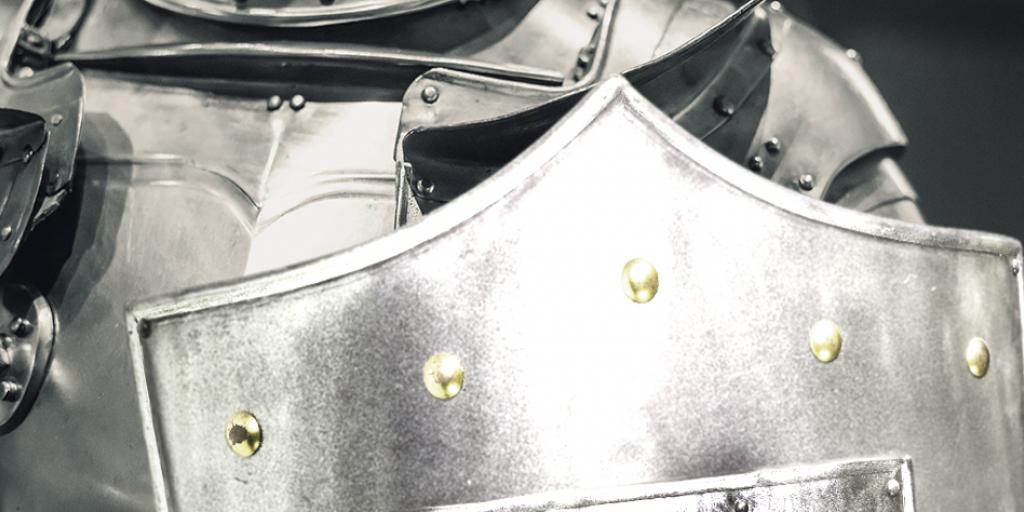 The world is fraught with dangers of every description: robberies, murders, rapes and assaults occur in every venue, whether school classrooms and hallways, places of work, store parking lots, sidewalks, highways or homes. We all need a protective shield.

In the world of science fiction, spaceships and space stations can generate invisible shields to deflect various kinds of destructive forces. “Shields up,” the starship captain orders when encountering danger. Imaginative, quasi-scientific jargon is employed to describe various kinds of weaponry hurled by hostile forces. There are weapons of energy, light, matter and anti-matter. There are phasers, photon torpedoes, disruptors, and plasma weapons. Even metagenic and temporal weapons are imagined, as well as various kinds of mind-control. There is no lack of imagination in the world of science fiction.

To guard against these attacks, some kind of invisible shield or force field is employed, the exact physics of which is somewhat left to the imagination, but sometimes implied by dialogue in quasi-scientific techno-babble. This convinces the average audience members of its plausibility. At their tactical stations, the actors pretend to adjust the quantum sensor arrays, modulate the frequency generators, reroute the conduits, invert metaphasic polarity, compensate with auxiliary power and do something-or-other with the plasma injectors. Ah, that fixes the problem! The shields are holding!

A shield is simply something that defends or protects. Shields have been utilized for millennia in warfare. We’ve all seen movies with soldiers lined up in battle formation, armed with shields in one hand and swords or spears in the other hand. Even today, riot police employ shields to deflect rocks and bottles or other projectiles that are hurled at them.

As the world becomes more and more unstable and violent, we need a shield for protection. Children on the playground and high school sports team members on the courts or fields, having witnessed the violence that erupts between competitive professional players, emulate their violent behavior.

Peaceful demonstrations all too often become violent when chants and shouts and name-calling become too insulting, leading to heated, face-to-face arguments, which in turn quickly escalate into shoving and physical violence. And there are violent gangs and terrorists whose sole purpose is to engage in all kinds of deadly force and bring destruction and death to innocent victims.

Where can we get a protective shield? How can we protect our children and family in this increasingly violent world?

Followers of Jesus Christ have access to shields which are far more powerful than any known or imaginary shields. Many Christians have heard of the spiritual armor described in the Bible, in Ephesians 6:10–20. Christians are told “take up the whole armor of God” including truth, the breastplate of righteousness, the gospel of peace, the helmet of salvation and “above all, taking the shield of faith” (v. 16).

How does faith shield us? It isn’t anything generated by our physical mind or body. Faith shields us because our faith is toward the Almighty God. It is God who acts as our shield! And He is all-powerful.

The Tomorrow’s World website has numerous articles on the subject of faith. You may find these articles helpful: “Fear, Frustration or Faith?” and “A ‘Faithless’ Generation?” Also be sure to order the free booklet, The Real God: Proofs and Promises. Shields up!