Testimony to the Battle of the Somme | Tomorrow's World 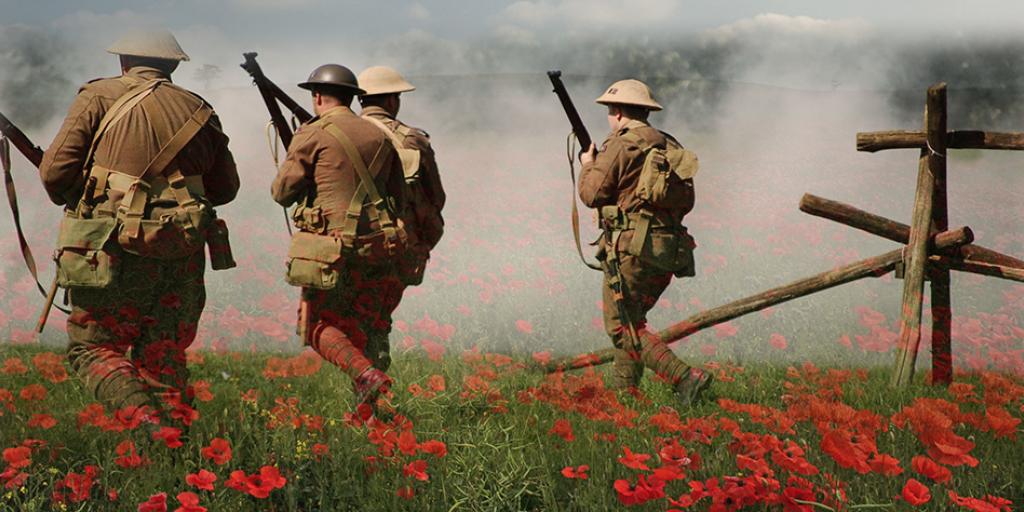 Testimony to the Battle of the Somme

One hundred years ago this past June, British and French forces unleashed an unprecedented offensive during the First World War, against German forces along the Western Front. Although Britain and her allies won the “Great War,” the Battle of the Somme became, to many, a testimony to the futility of fighting a “War to End All Wars.” By November 1916, the Allies had advanced just 11 kilometers, and over 1,200,000 men had been lost from all armies, making the Somme one of the bloodiest battles in history.

The Somme was the greatest battle of World War I, and was preceded by an eight-day artillery bombardment by 3,000 field guns, which rained down 1.7 million shells onto the German defenses. The Allied forces had 27 divisions—120,000 men, of which 80 percent were the British Expeditionary Force (BEF)—prepared to attack 16 divisions of Germans along a 30-mile front near the French River Somme. The Allies’ bombardment was ineffective, and the Germans were not surprised; when the allied troops attacked they were “sitting ducks,” and walked in their thousands straight into the German machine guns. This battle cruelly demonstrated the industrialization of death—by November the British had lost some 420,000 men, the French almost 200,000 and the Germans took 650,000 casualties.

Despite the tremendous bombardment, the Germans were so deeply entrenched in bunkers that most of them were still effective defenders on July 1, when the battle began. The British artillery barrage was to “walk” across “no-mans-land” in advance of the attackers, which would allow them to enter the German trenches in great strength. The artillery advanced too far ahead, and the Germans arose in force. The British tactics were to have the troops advance over level ground, without cover, and at a slow pace to prevent exhaustion.

The German machine-gunners actually grew weary of the slaughter. One German officer described it as “lions being led by donkeys.” Most of the casualties occurred within the first hour as the first three waves went “over the top.” The Newfoundland Regiment was almost wiped out; the next morning 68 men answered roll call; their casualties were 324 killed and 384 wounded. These horrific numbers were often replicated in many attacking units.

Imagine the horror experienced by their families as they learned that many fathers, sons, brothers and lovers would never return to their communities. It becomes all the more poignant when one realizes that this battle did not end the war or bring peace. Even after the war, severe and punitive Allied reparations at Versailles merely ensured that another war would begin a generation later—a war which the Allies would only truly win by the grace of God. The Battle of the Somme could be said to represent the Great War itself—a war with no real victory, only extreme suffering on a vast scale, which the British memorialize to this day. The flower of an entire generation was sacrificed to preserve freedom from a German totalitarian regime that wished to topple the British Empire.

Many lessons can be learned from war, not least to remember the sacrifices of the fallen. The long-lasting consequences of war in any age cannot lead to lasting peace—only to the inevitable preparations for the next war, with even more destructive weapons and consequences. War has become progressively more mechanized and industrialized, requiring ever-greater national industrial capacity. Above all war is so appallingly destructive of people, by killing, maiming and mental and emotional scarring. National economies, infrastructure and well-being are dramatically disrupted with long term effects. For Britain, and especially England, this battle was a devastating “body blow,” that contributed to the loss of Empire, and which left scars that have lasted for generations.

Thankfully, a time is coming when God will restore the lives lost in every war, and He will give them real peace. In the meantime, Bible prophecy shows the most severe trials are still ahead. Wars are raging even now, and there will not be peace in our time. Every day, ethnic groups arise against other ethnic groups. Wars between whole groups of nations are not as common, but prophecy shows Germany will rise again, and they will lead a ten-nation combine patterning itself after the Roman Empire. Shocking to believe, England and America will suffer destruction and captivity by this “Beast Power.” You can read all about it in our booklets, The United States and Great Britain in Prophecy and Armageddon and Beyond. Also check out the article, “Modern Nations and God’s Ancient Plan.”