The Cities of Tomorrow | Tomorrow's World 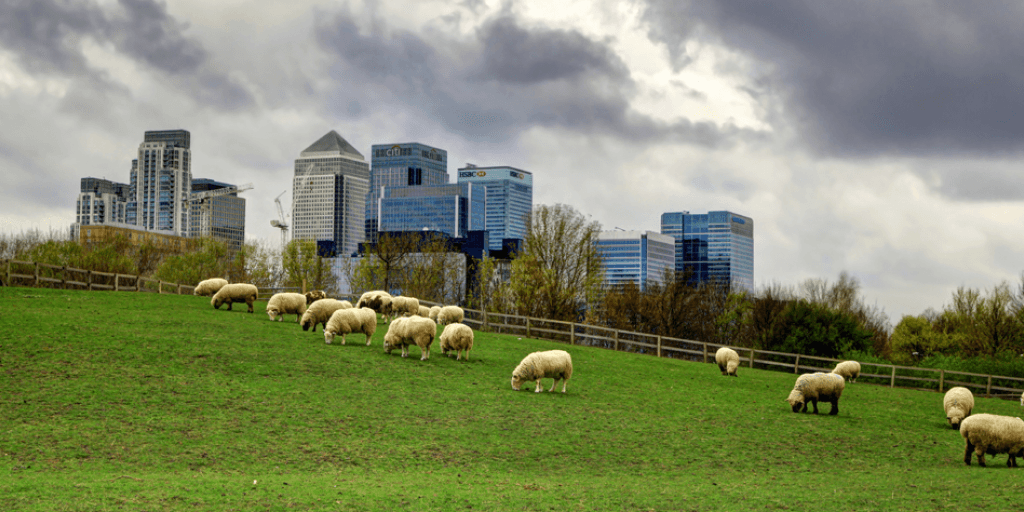 The Cities of Tomorrow

From the Jetsons’ flying cars, to Marty McFly’s self-tying shoes, we all have desired to see a glimpse of what the future will be like. Yet, where are the flying cars? Where are my self-tying shoes? Will men soon set foot on Mars? Perhaps most importantly, what are the communities of tomorrow really going to look like?

Thirty-three years ago, a new community was established where people could see with their own eyes Walt Disney's vision of the future. The EPCOT (Experimental Prototype Community of Tomorrow) Center was meant to be a window into mankind’s fantastical future. The center has brought forth many eccentric and peculiar assertions, even proposing that a manned mission to Mars would take place by 2036. The EPCOT Center, as one commentator stated, was also really meant to “revolutionize the urban landscape of America.”

Walt Disney’s idea of the “prototype community” was not original; he pulled the concept from 19th futurist Ebenezer Howard’s “garden cities of tomorrow.” The idea was that to plan a city most efficiently, it was necessary to lay out a circular design with a series of rings. The innermost ring of the city would be the municipal and commercial center, with greenbelts in between that initial ring and the residential ring. The thought was that the greenbelt would provide the appropriate sustainability and tranquility necessary for the ideal society, a thought that has been widely promoted in recent years. The concept was seen as a revolutionary and unprecedented statement in city planning. This would have been a genuine spark of genius on Howard’s part; however, whether he realized it or not, even he was not the author of this revolutionary concept.

The blueprints for the “cities of tomorrow” have actually been in existence for millennia. In the Bible, the Book of Numbers contains a set of instructions inspired by God, for constructing a very special type of city. Within those instructions, God designed pastures to extend 1000 cubits outside the city walls, approximately the equivalent of 1/3 of a mile (also see Numbers 35). These pastures would serve to feed livestock for the city’s sustenance, and if a city were for example one mile across in diameter, then that city would have over 1500 acres of pastureland surrounding it. Considering these cities housed the Levitical priesthood, their importance was clear; they were to be centers for guidance, governing and education. With cities that held priests, governors and educators, God planned to distribute the knowledge of His Word throughout the land of Israel.

These cities were not large compared to today’s standard, but their impact was to be felt throughout the nation of Israel; they were meant primarily to develop and advance people, not as a machine purposed for creating distractions and preoccupations. The inhabitants of the Levitical cities were not just the Levites either; there would have been non-Levitical residents even within the Levitical cities who, in theory, should have benefitted from the example set by the Levites (Numbers 35:5). God’s “cities of tomorrow” will focus on the development of the individual into the likeness of God rather than being concrete jungles where people live on top of one another.

Soon God will use these ancient blueprints to create a beautiful future for mankind. He is extending an invitation to some today, to help fulfill instrumental roles in building that future—a future that brings a tangible hope! As God planned to use the Levites as priests to the physical nation of Israel, He will in the near future use those He is calling now to be leaders, ruling over cities in sustainable, just and ethical ways as members of His Family (Daniel 7:18; Matthew 25:14–30; Revelation 5:8–10).

No, the future will not most likely will not bring hovercars, and humankind may not reach Mars before Christ’s return (although I am still holding out hope for those self-tying Nikes). The cities of tomorrow may not have a lot of gadgets and “things,” but they will bring tranquility, peace and joy to those who dwell within them.

To learn more, order the free booklets, The World Ahead: What Will It Be Like? and Your Ultimate Destiny.