The end of war and the defeat of death 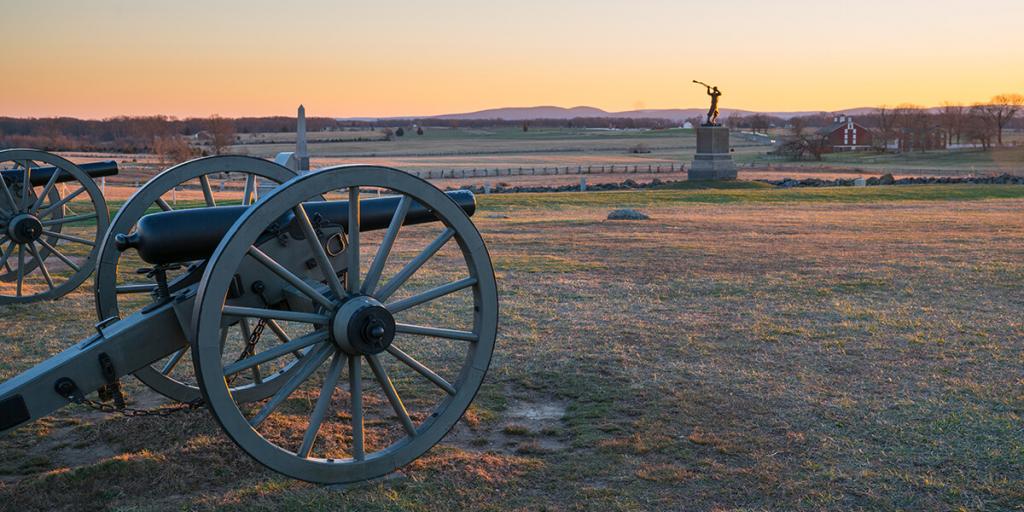 As visitors flock to Washington, D.C. in this summer’s travel season, the memorials of wars fought by the United States of America will be a main attraction. These memorials are a stark reminder of the high price paid in death, destruction, and human suffering from which it takes generations to recover. Yet, there are those who died in a great war in this country who do not have an impressive memorial to bring their sacrifice to mind. Who were they?

In what is called the “Civil War” (otherwise known as the “War Between the States,” April 12, 1861–May 9, 1865) the North and the South of the United States engaged in a bloody struggle that resulted from intractable disagreements. The institution of slavery in the agricultural South was certainly cited as a basic source of contention, but states’ rights, as well as economic, cultural, and political conflicts, were also major players in the breach that tore the country apart in the bloodiest conflict the U.S. has ever experienced, with an estimated 750,000 deaths and even more injured. Young men on both sides of the conflict answered the call to war with high ideals and thoughts of adventure and glory.

The war was devastating, physically and emotionally, for both sides. Historians tell us that the Civil War ended by proclamation on May 9, 1865, but the last shot was actually fired on June 22, 1865.

Far from the heat of battles, the exhilaration of victory, and the bitter disappointment of defeat, a group of about 20,000 Confederate troops assembled in Central Arkansas at what was then called Camp Hope in preparation for battle. During the autumn of 1862, the camp was stricken with typhoid, apparently from bad water. Measles and mumps ensued and as many as 1,500 men died. Some were hurriedly buried in mass graves. These soldiers, most of whom were from Arkansas and Texas, were not killed serving heroically in battle but cut off in their prime by sickness and disease from unsanitary conditions.

In time, some of the individual graves were located and CAS veterans reinterred the fallen soldiers in their current location. In a quiet grove of trees in Lonoke County, Arkansas are 429 tombstones each marked “Unknown Soldier CSA.” These soldiers did not hear the last shot fired in the great Civil War that divided their nation. Yet, these men will live again to hear that no longer will shots be fired in anger or in conquest. While mankind, down through the millennia, has not known the way to peace (Isaiah 59:8), the Creator God has a plan that will usher in a time of peace and plenty on earth.

This is the message of the Bible. Then there will be no need for great monuments or memorials for wars. Jesus Christ will return in great power and glory to remove Satan and to establish His government for the good of all mankind. Isaiah makes this very plain: “For unto us a Child is born, unto us a Son is given; and the government will be upon His shoulder. And His name will be called Wonderful, Counselor, Mighty God, Everlasting Father, Prince of Peace. Of the increase of His government and peace there will be no end” (Isaiah 9:6–7).

These 429 unknown soldiers will not only awake to a much different world without the evil influence of the great adversary, Satan the devil—they will also be taught God’s way of life and His plan of salvation. In fact, all who have died down through time who have not understood God’s plan will eventually have their opportunity. When Jesus Christ returns in power and glory and establishes His Kingdom, “the last shot” in the wars of mankind will have been fired. Those whose lives were tragically lost in these conflicts will, at last, have their opportunity to accept or reject God’s plan of salvation for mankind. God speed that day.

Please watch the telecasts “Victory Over Death” and “Will the Dead Live Again?” Also be sure to order your free subscription to the Tomorrow’s World magazine, today.