The Most Important Election | Tomorrow's World 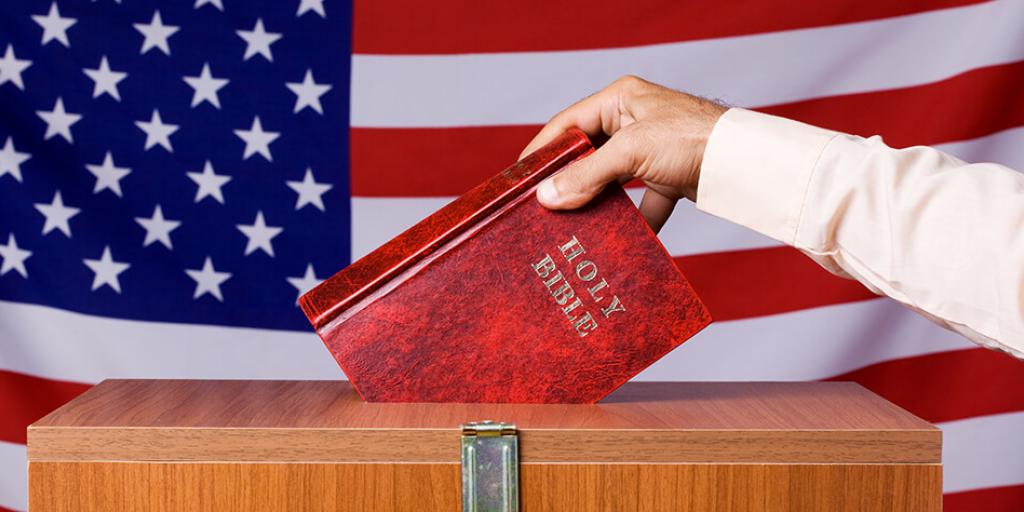 The Most Important Election

The Western world exerts tremendous energy and spends huge amounts of money on political elections. It seems like the campaigning never stops. Since money is “the mother’s milk of politics,” there are endless fundraising events bringing in hundreds of millions of dollars or euros or pounds, or whatever is the national currency. All forms of media are used to promote the bid for office—and the power that goes with it. Inordinate sums of money are spent to win elections to offices that may have relatively modest pay. Often people of ordinary financial means, after being elected to and serving in office, leave public life years later with great wealth.

A distasteful aspect of election campaigning is each parties’ or candidates’ effort to destroy their opponents’ reputations and careers with accusations of corruption, malfeasance, incompetence, or illicit behavior. Facts are often hard to establish amid the unrelenting barrage of serious charges, often from “unnamed sources.”

After the election is over and a winner declared, the defeated candidate’s party often howls about allegations of voter fraud or even foreign interference. Rather than getting down to working in positive ways to solve problems, endless harangues and investigations choke legislative committees and clog court dockets.

It seems that political correctness, shoddy reporting, and divergent ideologies combine to impede any real progress as serious societal problems go unsolved. This frustrating pattern has caused much disillusionment and apathy in the electorate. Many voters conclude, “What’s the use?”

There is a very different election that is underway. It doesn’t have anything to do with political parties or power struggles. For most of mankind, this election has gone unnoticed, since those involved are not the “movers and shakers” of this age of mankind’s history. However, this election is plainly spoken of in many places in the Bible.

From Genesis chapter one through the final verses of Revelation, it is plain that God has been working out a plan for the salvation of mankind. “In the fullness of time” (meaning right on schedule) the Messiah came to fulfill His part of the Plan. Whom will He use to carry out His Plan? In Scripture, these individuals are referred to as the “elect.” Jesus explained in John 6:44, “No one can come to Me unless the Father who sent Me draws him.” Those who accept the call in this age are the “elect.” Notice it doesn’t involve balloting.

Paul expressed it this way in his letter to the Church in Thessalonica: “We give thanks to God always for you all, making mention of you in our prayers…knowing, beloved brethren, your election by God” (1 Thessalonians 1:2–4). Peter put it this way, “Therefore, brethren, be even more diligent to make your call and election sure, for if you do these things you will never stumble; for so an entrance will be supplied to you abundantly into the everlasting kingdom of our Lord and Savior Jesus Christ.”

God has a code of conduct for His elect: “Therefore, as the elect of God, holy and beloved, put on tender mercies, kindness, humility, meekness, longsuffering; bearing with one another, and forgiving one another, if anyone has a complaint against another; even as Christ forgave you, so you also must do” (Colossians 3:12–13). Do you see how this conduct differs from mankind’s political systems? It requires a change of heart, which the Bible calls “repentance.” In Acts chapter 2, after a powerful sermon on the Day of Pentecost, those in Peter’s audience were deeply moved. “Now when they heard this, they were cut to the heart, and said to Peter and the rest of the apostles, ‘Men and brethren, what shall we do?’ Then Peter said to them, ‘Repent, and let every one of you be baptized in the name of Jesus Christ for the remission of sins; and you shall receive the gift of the Holy Spirit’” (Acts 2:37–38). The Holy Spirit enables one to practice the code of conduct described by Paul.

For this “elect,” also referred to as the “little flock” in Luke 12:32, there is a fabulous promise: “And he who overcomes, and keeps My works until the end, to him I will give power over the nations” (Revelation 2:26). It further states, “Blessed and holy is he who has part in the first resurrection. Over such the second death has no power, but they shall be priests of God and of Christ and shall reign with Him a thousand years” (Revelation 20:6).

There is much more to the story, but I hope this glimpse into a more important election will inspire you to investigate further the great future events in store for this age and the one to come.

A time is coming when the results of a major political election may be less sure than ever before. Be sure to read the Tomorrow's World magazine article "Will America Have a Second Civil War?" and prepare for the better "election" by completing the Tomorrow's World Bible Study Course!