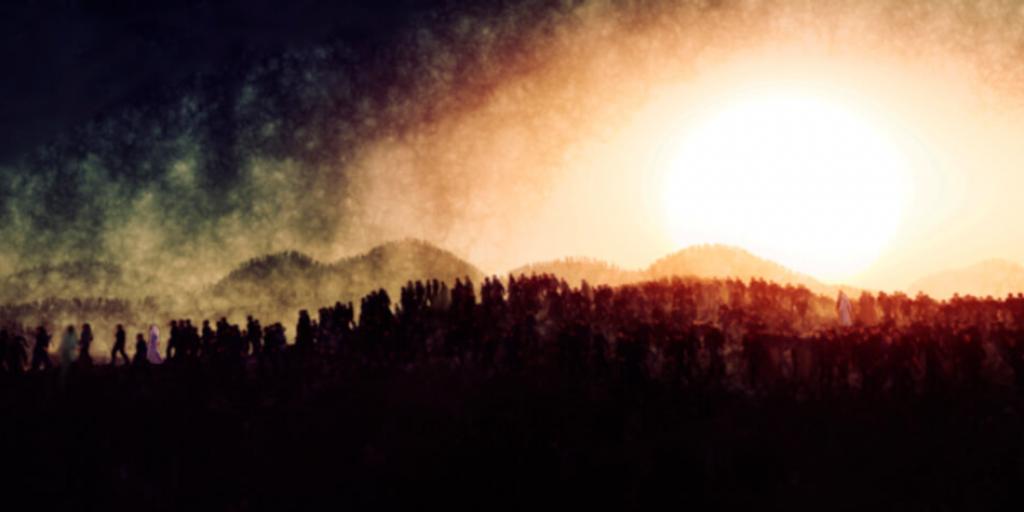 The “walking dead” or zombie genre of movies and television programs must be very popular. I see advertisements for them every time I turn on the television. Are there really “walking dead?”

A long time ago, I saw my first (and last!) zombie movie. With all due respect to the actors, actresses, and producers, I was—and still am—thoroughly unimpressed. Any little girl can scream and any little boy can “act like a zombie.” Besides, the very idea of an animated rotting corpse wanting to eat the living is repugnant.

But there have been in the past, and will be in the future, “walking dead.” Well, sort of. They won’t be dead and walking, but will actually be those who were dead and brought back to life!

The few individuals in history who died and were resurrected were not brought back to partial life, to some state of animation, limping about with a lifeless stare and inane compulsion to pursue the living. Nor did they come back to life because of some weird infection or “zombie virus.” These were resurrected to full, “living” status by the Creator and Life-giver.

Jesus Christ Himself is the most famous and all-important example. Christ also resurrected several from the dead, the most well-known being Lazarus (John 11:44). When Jesus was killed and was then resurrected three days and three nights later (to eternal, spirit life, not physical, but more on that later), there were an untold number of people resurrected to temporary physical life in Jerusalem. Matthew 27:50–53 describes Jesus’ dying, the veil of the temple being torn in two, the earth quaking, the graves being opened, and “many of the saints who had fallen asleep” being raised and going into Jerusalem, to be seen by many.

But there are times coming when there will be many dead returning to life. When Christ returns to the earth, He will resurrect the saints: those in this life who have devoted their lives to Jesus Christ and to walking in His steps. Paul brings up an important question in 1 Corinthians 15:35 about this resurrection of Christians: “But some will say, ‘How are the dead raised up? And with what body do they come?’” The answer that follows shows clearly it is not “like a zombie,” but to a state of “incorruption” and “power” and “spirit” and “immortality” (vv. 42–53)! These are the true followers of Christ, who are resurrected to eternal, spirit life as He was and who will live and reign with Him for a thousand years. This is the “first resurrection” described in Revelation 20:4–6.

These “rest of the dead” are the ones seen in a vision by Ezekiel the prophet, who saw a valley full of dry bones. He was asked, “Son of man, can these bones live?” (Ezekiel 37:3). Then it describes how God will put sinews and flesh and skin upon the bones, and put breath in them, and then they will “…know that I am the Lord, when I have opened your graves, O My people, and brought you up from your graves. I will put My Spirit in you, and you shall live…” (vv. 13–14). This resurrection will be to physical life, so that they, too, may have their opportunity to live by the books of the Bible and learn of salvation (Revelation 20:11–15).

Yes, the dead will live and walk again. But they won’t be zombies.

For more on this exciting subject, read the booklet Is This the Only Day of Salvation? and the Tomorrow’s World magazine article “Will the Dead Live Again?” Also be sure to watch the exciting Tomorrow's World video short, "What Happens When You Die?"