The Way of Peace They Have Not Known | Tomorrow's World 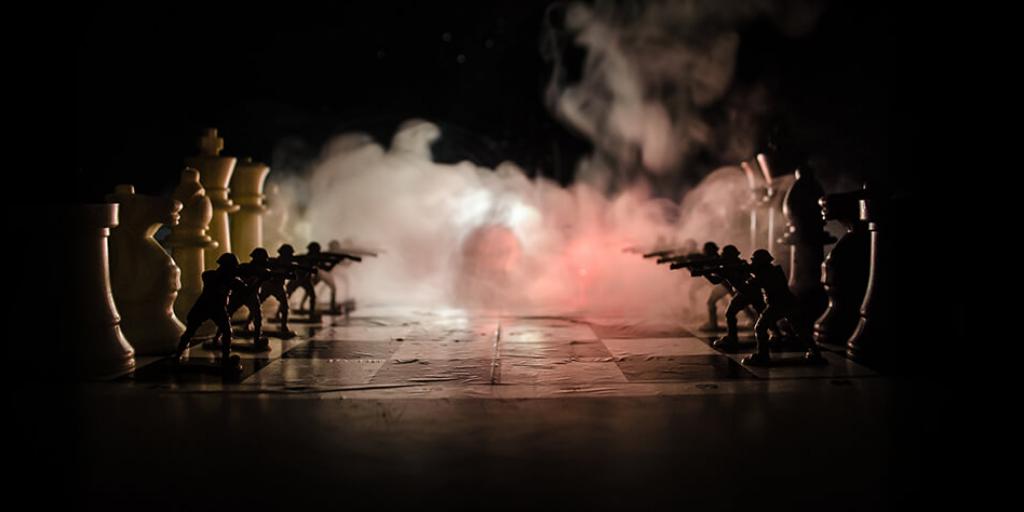 The Way of Peace They Have Not Known

British archeologist and historian Professor Ian Morris of Stanford University once gave an interview to a German magazine, in which he was asked about the meaning of war. He had recently published a book entitled War! What Is It Good For? in which he proposed that wars have made the world a better place (Der Spiegel, January 6, 2014).

Morris explained in the interview that despite their violence, wars are the only means to create stronger and more stable empires, which in turn create ever-longer periods of peace. He added that humankind is doing evil in the hope it will have a good outcome, expressing his expectation that within 50 years from today, we might even see a world with no war. Is Morris right?

Morris argued that the alternative of wars is total, violent anarchy, and that compared to the total population, the percentage of victims of human violence is steadily declining. When confronted with the basic approach that for him, human victims are merely collateral damage on the way to peace, Morris’ shockingly callous reply was that “at short sight—within one generation—war kills us just faster, but the end result of thousands of years of war is a more peaceful world in which everyone lives longer” (Der Spiegel, January 6, 2014).

So what about the countless victims? What about the individual suffering? What does God have to say about such ideas? The Bible shows that in the beginning, mankind chose their own way and disregarded the instructions of the Creator (Genesis 3:6–11). They wanted to decide for themselves what was good and evil. Throughout history, there have been wars and cruelty among individuals, peoples, and nations, in which the suffering even increased because of the inventiveness of the human mind without moral restrictions. At various times, mankind has actually tried to create peace and stability in the world, as with the League of Nations after the First World War, or the United Nations after the Second World War. Even so, violence and wars continue to this day with no end in sight, and “there are now a near record high of 60 countries involved in war, involving 512 militias and separatist groups” (Money and Markets, January 20, 2014). According to this interactive map, which may exclude a number of conflicts based on certain criteria, that number has not varied over the past few years—and many longstanding wars and conflicts seem unlikely to end any time soon.

Because of this mindset of getting one’s own will, envy and fighting determine human interaction to this day (James 4:1–2) and the Creator God knows, “the way of peace they have not known, and there is no justice in their ways; they have made themselves crooked paths; whoever takes that way shall not know peace” (Isaiah 59:8). Ideas like Darwin’s Theory of Evolution had their part in convincing many that survival is for the fittest, creating the inhuman philosophy of Social Darwinism, which further corrupted or subverted formerly accepted Christian values of mercy and care for the weak.

In one sense, Professor Morris is right: a strong hand is required to bring peace to a quarreling and aggressive humanity, which—if not stopped—will annihilate itself, and yes, within 50 years from today, we might even see a world of total peace without any war. God himself will send His Son, our Savior Jesus Christ, to bring an end to all wars. He and only He is able to show us the way to peace in a way that mankind will listen and follow. After about 6,000 years of having experienced the fruit of getting to know good and evil—whereby the result of human decision-making was mostly evil—God will bring us back to the beginning, and He will demonstrate to mankind the way of peace and the fruit of the Tree of Life through a lasting kingdom under His own rule. Then “they shall beat their swords into plowshares, and their spears into pruning hooks; nation shall not lift up sword against nation, neither shall they learn war anymore” (Isaiah 2:4).

God has given His people a hope of coming peace with the commission to share this message with the world. For more information about the way of peace in God’s coming Kingdom, please order our free booklet The World Ahead: What Will It Be Like?