Affectionately known as “Auntie” and “The Beeb,” the British Broadcasting Corporation (BBC) has for decades enjoyed an enviable worldwide reputation for integrity. Over the years the BBC has become a byword for excellence—a global icon and mainstay of Britain’s national identity. People at home and abroad have learned to trust the BBC.

But a series of events this past autumn conspired to bring that trust into serious question, and great shame was heaped on the BBC as it became embroiled in possibly the worst crisis of its 90-year history. This crisis has wide-ranging implications that provide a disturbing commentary on the celebrity culture that dominates modern life, and the profound failure of moral values revealedat every level of British society.

The crisis exploded with accusations of widespread child sex abuse committed by Jimmy Savile, a flamboyant BBC disc jockey and popular TV show host in the 1970s and 1980s.

When Savile died in October 2011, the nation mourned a colorful, larger-than-life personality who seemed to be almost a saintly figure, renowned for his charitable work raising millions of pounds for good causes. But the reality turned out to be dramatically different; Savile was revealed as a very un-saintly predatory pedophile, perhaps the worst in UK criminal history.

One might have expected the BBC, known for its journalistic excellence, to have uncovered Savile’s sexual exploits. Yet the august institution demurred, and a late 2011 investigation by the BBC’s flagship news show Newsnight was mysteriously dropped. It was a competing television channel that shared the shocking news with a stunned nation almost a year after the BBC chose not to address the issue.

A veritable avalanche of complaints then flooded into the police, revealing more than 450 victims across the country, with harrowing stories of sexual assaults, on an epic scale, spanning six decades of sexual exploits in prisons, hospitals and care homes, and at the BBC itself. Savile was so well trusted that he could often gain access to young girls as he pleased. As one commentator starkly noted, in retrospect this was like giving Dracula the keys to the blood bank!

At one level, Savile’s activities were an “open secret.” Yet, despite the many dark rumors about his sexual proclivities, and despite attempts by some to expose him, Savile was never prosecuted. His cocky, self-confident celebrity persona, which some saw as endearing and attractive, disguised a swaggering predator committing offenses with impunity—and at will—right under the noses of the BBC and an unsuspecting nation.

Shock, horror and disgust were felt throughout the UK as the welter of evidence began to surface. But there was worse to come. Brave abuse victims, emboldened by the media attention, began to make charges against other celebrities, public figures, politicians and professionals—and, in particular, a senior Conservative politician.

This time, BBC Newsnight did run the story—but without adequate investigation and fact-checking. The story went viral on the Internet and a completely innocent retired Conservative politician was wrongly named. The most elementary rules of journalism had been breached, and serious flaws in the BBC’s management and editorial structures were revealed. The result was another national outcry against a BBC that seemed out of control. The BBC Director General was forced to resign, and other senior managers were sidelined. Lord Patten, Chairman of the BBC Trust, admitted to “unacceptable shoddy journalism” and promised “a thorough, radical, structural overhaul of the organization.”

No fewer than nine enquires were rapidly set up by government, police and the BBC, to investigate what had happened, identify where laws had been broken, punish offenders, recommend safeguards and come up with measures to restore trust and integrity to the dysfunctional BBC.

So, what went wrong at the BBC and elsewhere to enable such widespread sexual abuse to take place over so long a time? Can the BBC recover trust and integrity? Have Savile’s suffering victims been denied natural justice because the truth did not come out until after his death? And what can we learn about the background culture in both the corporation and the nation that allowed things to go so horribly wrong?

At the very root is a widespread moral issue. Corruption in high places, or among celebrities, is nothing new. Sadly, neither is the exploitation of the young and vulnerable. But, in the past 50 years, society has undergone a vast change in culture and standards of personal morality—particularly affecting organizations like the BBC. None of what happened would have been possible without today’s laissez-faire “do what you feel” culture, which failed to prevent such abuses. To paraphrase the philosopher Edmund Burke, “All it takes for evil to prosper is for good men to remain silent.”

Steadily, over the years, the BBC—founded as an impartial and apolitical institution—developed the same humanistic bias that has become commonplace among much of the nation’s intelligentsia and ruling elite. The BBC came to reflect the decline in moral and ethical standards that was widespread in British society. The management became bloated and inefficient, and the corporate culture careless and permissive, unable and unwilling to respond to signs of dysfunction. Columnist Peter Oborne has no doubts about where the problem lies: “The corporation has been colonized and captured by a narrow, greedy, self-interested and self-perpetuating liberal elite, ignorant of ordinary people and contemptuous of ordinary morality.”

The overall lesson is simple and powerful. If our way of life were to be based on respect for the moral teachings of the Bible, our culture would be vastly different. The BBC aspired to this high moral standard during its early history, but that aspiration now appears to be a thing of the past. Much of society has abandoned belief in God and the way of life He wants us to live—and the result is confusion. We keep getting things wrong. We keep messing up.

The prophet Hosea gave a stark warning for societies like ours. “My people are destroyed for lack of knowledge. Because you have rejected knowledge, I also will reject you … Because you have forgotten the law of your God, I also will forget your children” (Hosea 4:6). Do not misunderstand; God loves children. He does not want to see them vulnerable, going astray and falling victim to despicable abuse. He wants parents to teach them His moral values, so they can grow to be upright, protected and strong. That is what God’s laws are intended to do. As one politician wisely commented, “everyone, however rich, famous or glamorous, has to live by the same rules.”

There is a well-known saying, “your sin will find you out” (Numbers 32:23). Savile hinted in an interview that he knew people would view him differently after he died, but by then it would not really matter. Yet God tells us differently.

God will bring all people to judgment (Hebrews 9:27). And one day, Jimmy Savile will have to confront his sins, because “God will bring every work into judgment, including every secret thing, whether good or evil” (Ecclesiastes 12:14). We may rest assured that God will provide perfect judgment for the abusers of this world, and perfect justice for the abused.

In the meantime, the BBC will need to work very hard to recover its moral leadership and its reputation for integrity. If not, “Auntie”—at least in her current form—may well cease to exist. 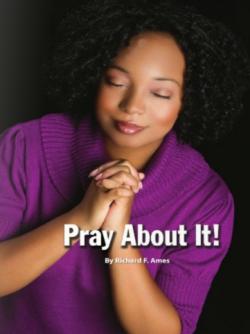 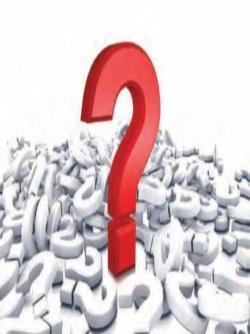 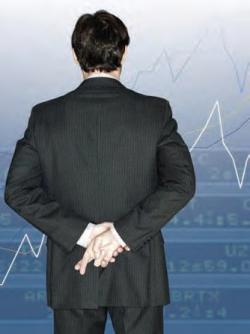