The Winds of Change | Tomorrow's World 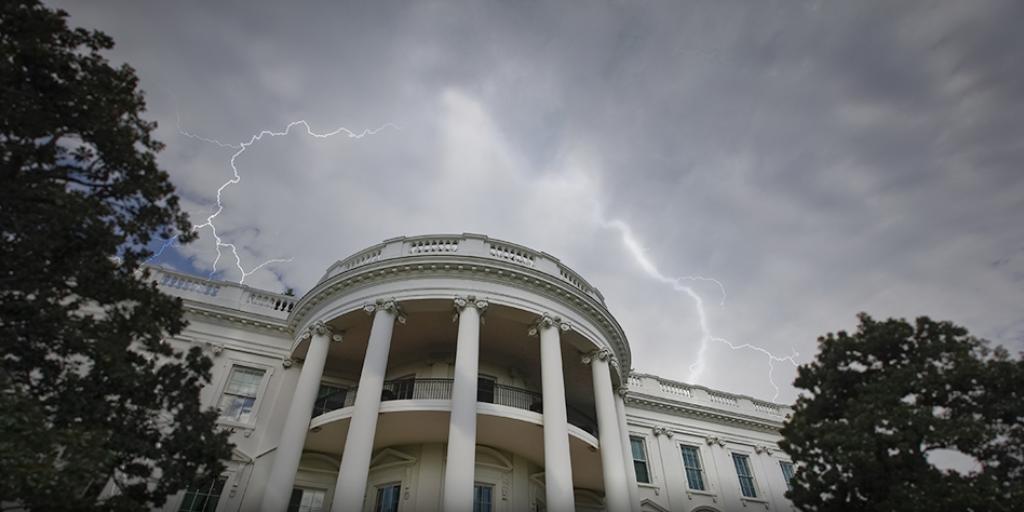 The Winds of Change

Everyone has opinions, and it seems that the opinions are constantly changing. As this tumultuous election season in the United States unfolds, we see the candidates relying on opinion polls to guide their strategy as they verbally thrust and parry, trying to best their opponents. Huge amounts of money are being spent to gauge the likes and dislikes, beliefs, frustrations and irritants as pollsters try to determine the mood and desires of the voting public. Political candidates, consultants and pundits use the statistical data to determine the “hot button” issues of their voting blocks.

On the world scene, we see behavior that has been considered perverted for millennia now being flouted as “normal” with demands to be considered a “civil right.” Polls reveal that immoral conduct is now accepted by a large segment of the population. Many young people, “millennials” ages 18–29, see nothing wrong with cohabitation before marriage, or “same sex marriage” relationships. Male and female homosexuality has become socially acceptable under a protracted, withering assault by an aggressive and vocal minority. Cross dressing, transvestitism, and gender confusion is promoted as normal at a very early age in many public schools.

A generation ago, such behavior was not openly tolerated, but the winds of change have blown away resistance and rejection of this destructive behavior. The attitudes of “I’m okay, you’re okay…” or “Don’t ask don’t tell…” and “You must accept me not as I am, but as how I want to be…” are the prevailing societal demands to which institutions, government at all levels and the courts have capitulated.

Such aberrant behavior may seem to be new, liberating and exciting to those who are promoting and participating in it, but it is not new at all. Anciently, the Apostle Paul addressed the subject in his letter to the Church of God in Rome. He wrote:

“…they are without excuse, because, although they knew God, they did not glorify Him as God, nor were thankful, but became futile in their thoughts, and their foolish hearts were darkened. Professing to be wise, they became fools… Therefore God also gave them up to uncleanness, in the lusts of their hearts, to dishonor their bodies among themselves, who exchanged the truth of God for the lie, and worshiped and served the creature rather than the Creator... For this reason God gave them up to vile passions. For even their women exchanged the natural use for what is against nature. Likewise also the men, leaving the natural use of the woman, burned in their lust for one another, men with men committing what is shameful, and receiving in themselves the penalty of their error which was due. And even as they did not like to retain God in their knowledge, God gave them over to a debased mind, to do those things which are not fitting; being filled with all unrighteousness, sexual immorality, wickedness, covetousness, maliciousness; full of envy, murder, strife, deceit, evil-mindedness; they are whisperers, backbiters, haters of God, violent, proud, boasters, inventors of evil things, disobedient to parents, undiscerning, untrustworthy, unloving, unforgiving, unmerciful…” (Romans 1:20–32).

While these destructive winds of change in public opinion blow, and basic decency and morality are abandoned in the face of popular opinion and political correctness, there are other winds that are coming. God foresaw the degradation that would result from the total abandonment of His Way of life. He inspired His prophets to write about what is to come. “They sow the wind, and reap the whirlwind” (Hosea 8:7). The prophet Jeremiah wrote, “Behold, the whirlwind of the Lord goes forth with fury, a continuing whirlwind; it will fall violently on the head of the wicked” (Jeremiah 30:23).

It will become very plain to all that the changing opinions of mankind will not matter when, in the course of God’s Plan for mankind, He sends His winds and other plagues to destroy the wickedness so prevalent in these last days.

Be ready. Learn how you can serve God and find protection. Read the eye-opening booklet, Armageddon and Beyond, or order your free copy today.