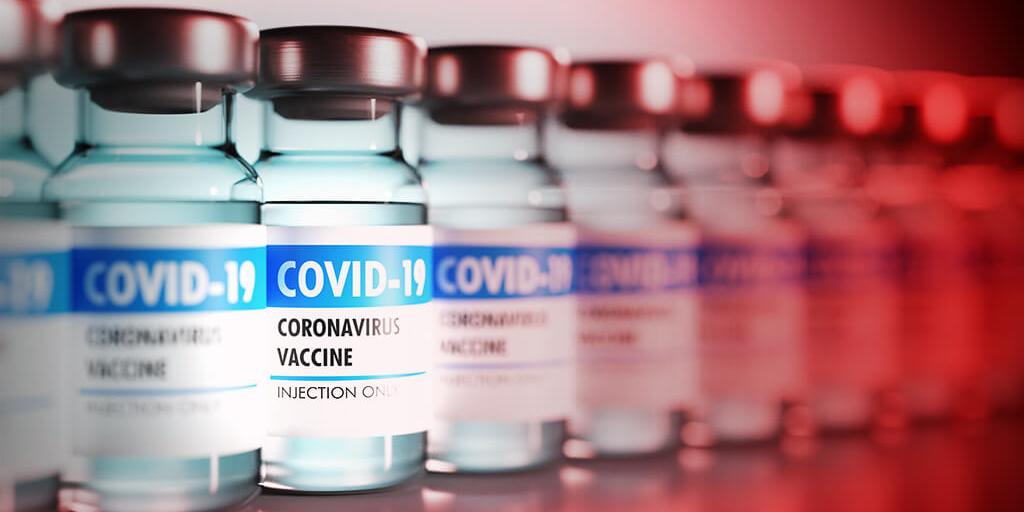 Some aspects of corporate and government requirements related to the COVID-19 vaccine sound eerily like scriptures in the book of Revelation describing the infamous “mark of the beast.” Vaccine mandates leading to lost jobs, restrictions from entering many places of commerce, and the administration of almost eight billion vaccines to about four billion people around the world are some of the aspects of the vaccine that people compare to Revelation 13:11–17, especially verses 16 and 17: “He [the beast from the earth in verse 11] causes all, both small and great, rich and poor, free and slave, to receive a mark on their right hand or on their foreheads, and that no one may buy or sell except one who has the mark or the name of the beast, or the number of his name.”

Verse 16 explains that most of mankind will accept this mark, and verse 17 adds the well-known detail about those without it being unable to “buy or sell.” These two details about the mark of the beast do sound similar to COVID-19 vaccine measures and related government mandates—at least on the surface.

Many people have now experienced some form of vaccine requirement, leading some to believe the coronavirus vaccine is the mark of the beast. Is it?

Though the vaccine seems to fit some biblical details, there is deeper evidence to consider. We’ll focus on three “signs” to look for.

The first is very simple. Revelation 13:16 explains where the mark of the beast will be—in some symbolic sense, on people’s right hands and foreheads. The vaccine doesn’t fit this detail, literally or figuratively.

Secondly, Revelation 13:11–14 reveals who will cause people to receive the mark, a person described as a “beast coming out of the earth” (v. 11). This person will look like a “lamb” but speak like a “dragon,” describing the amazing fact that this person will look deceptively like Jesus Christ—the Lamb of God (John 1:29)—but will speak like Satan, who is called the serpent or dragon (Revelation 12:9). Other scriptures add that this person will be a deceptive Christian leader who will look and sound good and Christ-like, but whose true message will be in line with Satan’s, the very one from whom he will receive power and authority (2 Thessalonians 2:1–10; Revelation 19:20; Daniel 7:8, 25–27; 2 John 1:6–7). Verses 13 and 14 of Revelation 13 explain that this religious leader will even perform great signs, including calling down fire from heaven, to deceive people around the world into taking the identifying mark, which represents a world-ruling government and its powerful leader. This important feature of the mark of the beast, that people will be deceived by a counterfeit, miracle-working “Christian” leader, is clearly not a feature of the COVID-19 vaccines.

If anyone worships the beast and his image, and receives his mark on his forehead or on his hand, he himself shall also drink of the wine of the wrath of God, which is poured out full strength (Revelation 14:9–10).

The wrath of God is coming upon the sons of disobedience (Colossians 3:6).

These two passages explain how people taking the mark will worship the beast and his image (Revelation 16:2; 19:20; 20:4)—breaking the first two Commandments (Exodus 20:1–6). Revelation 14:9–10 also explain how those with the mark will experience God’s full wrath, of which Colossians 3:6 adds that God’s wrath is poured on people who disobey God. This is one of the mark’s core features because it involves the literal worship of the beast and its image instead of God.

The principle of worshiping God alone was at the heart of Jesus’ intense rebuke when Satan tempted Jesus to worship him; “Then Jesus said to him, ‘Away with you, Satan! For it is written, “You shall worship the Lord your God, and Him only you shall serve”’” (Matthew 4:10). Satan will lend power and authority to both beasts described in Revelation 13, thus their mark will involve one of Satan’s chief principles: disobeying God and following the Devil instead (cf. Genesis 3:1–6; Matthew 4:8–9). Like the other two details, the vaccine doesn’t fit—because it doesn’t involve worshiping the end-time beast and its image.

Even though some COVID-19 vaccine mandates and related requirements do seem to fit certain biblical descriptions of the mark of the beast, the Bible shows more important evidence proving the vaccine does not fit. Vaccine distribution is not on the right hand or forehead, related to a miracle-working false Christian leader, or directly involved in worshiping the end-time beast and its image.

Unaccompanied by these dramatic end-time events, you may rest assured: the COVID-19 vaccine is not the mark of the beast!

If you’d like to learn more about what the mark of the beast really is, read the free booklet The Beast of Revelation: Myth, Metaphor or Soon-Coming Reality or watch the Tomorrow’s World whiteboard video “The Vaccine Is NOT the Mark of the Beast... But This Is.”