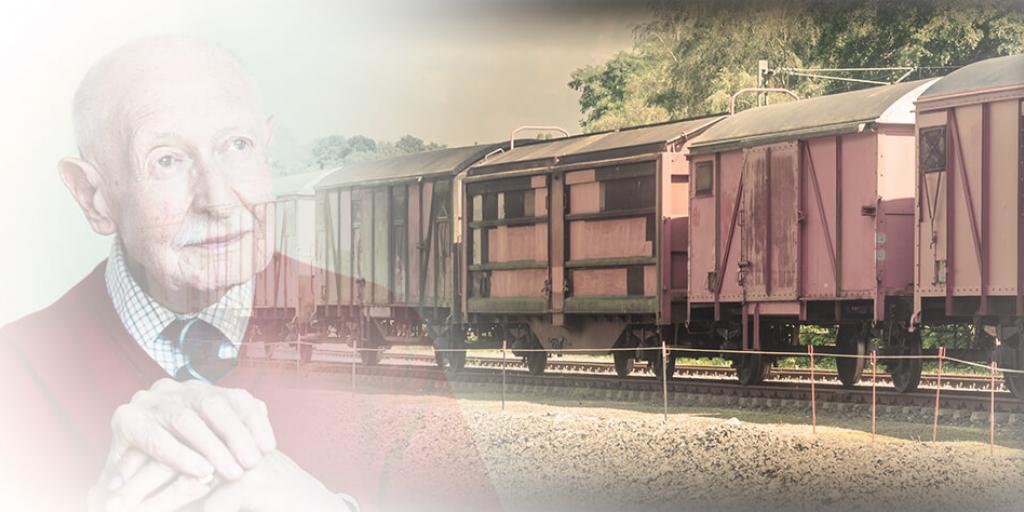 Seeing a tattered American flag displayed on the home next door after a windstorm, my aged father-in-law—a Colonel retired from the United States Air Force—set out to offer his neighbor a replacement for the damaged flag. I accompanied him as we met the neighbor, a short, portly man with white hair and a big smile. He had not realized that his flag was in tatters, and he graciously accepted the new flag as it was offered.

This gracious gentleman invited us into his home for a visit. In his office, we saw the clutter of much memorabilia. Our conversation revealed that he would be 90 years old in a few days. The walls were crowded with pictures of trains and other railroad paraphernalia. The aged gentlemen mentioned with obvious nostalgia that he had started with the railroad at age 17 as a telegrapher. After a long career, he had retired as a railroad vice-president several years earlier, but it was obvious that trains remained his passion.

On his large desk, a break in the clutter revealed a telegraph key. While we chatted, his hand went to the key and, seemingly almost without his noticing, he tapped out code, apparently of what we were talking about.

His thoughts turned to his military service in World War II, running trains for the U.S. Army. He described going into Germany behind General George S. Patton, then said, almost as an afterthought, something I found very poignant. “You know,” he said, “some people say that the holocaust did not happen. But, I’m here to tell you that it did!” He continued, “I saw those slaves with my own eyes. It was pitiful! People from all parts of Europe were liberated from those death camps. They were sprayed down [apparently for de-lousing] and loaded onto my trains to be hauled away for medical care and to be resettled. I personally had eleven trains consisting of 40 cars each carrying those who were liberated. I still have the actual manifest from those shipments, though it ought to be in a museum.”

What a story! What an experience! Here was someone who witnessed—and actually had an important role in—the liberation of thousands of concentration camp victims at the end of World War II. I thought, ”Here is confirmation for any doubters who scoff at the idea, and who disbelieve that this terrible chapter in the human experience actually occurred.”

Could such a terrible tragedy happen again? Some might like to think that human nature has changed permanently since the horrific events of World War II. But your Bible offers detailed prophecies warning of a coming captivity for millions in the Western, English-speaking nations. Thankfully, there are also prophecies of an ultimate deliverance. Read the Old Testament book of Ezekiel, and you will find in this prophetic book many references to a future captivity brought on by the sins of the nation. Ezekiel wrote these words more than a century after his own nation had experienced Assyrian captivity; he was writing about a future event. He wrote: “Say to them, ‘Thus says the Lord God: “This burden concerns the prince in Jerusalem and all the house of Israel who are among them."' Say, ‘I am a sign to you. As I have done, so shall it be done to them; they shall be carried away into captivity’” (Ezekiel 12:10–11).

If you have not already read our powerful booklet, The United States and Great Britain in Prophecy, please do so. You can read it online, or order a printed copy absolutely free. It will show you how the Bible contains vital information about the modern descendants of the “lost” ten tribes of Israel. It will explain what Bible prophecy foretells, not just for the modern descendants of Judah and the state of Israel, but also for the “Israelitish” peoples. Read this important information; it could be your “train to freedom.”