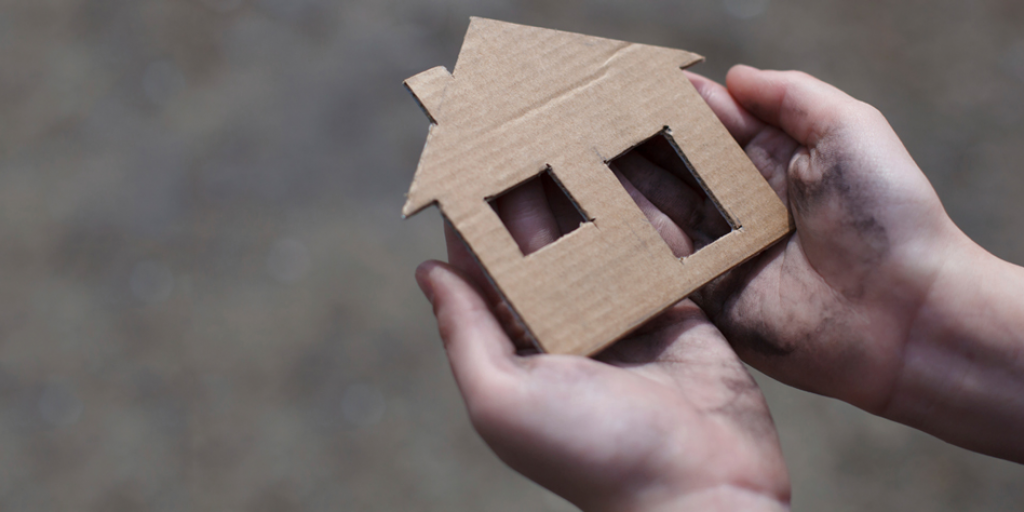 Thankfully, my wife and I are only temporarily “homeless” due to selling our house and living in temporary quarters until we relocate in a couple of weeks. However, there are many genuinely homeless people, even in America. And our nation’s houses are being turned over to foreigners. Why?

According to some estimates, there are over 500,000 people in the United States who are forced to sleep in emergency shelters, a vehicle, or even outside in makeshift shelters every night. Sadly, little children are among these homeless.

Some have lost their homes due to the economic troubles and mortgage bubbles of the past decade. Jobs were lost. Incomes decreased. Housing prices collapsed. Homes went to foreclosure. Recently many have become homeless due to flooding, fires, tornadoes or other natural disasters, and others simply due to poverty.

In other countries, the homeless suffer from even more unfortunate circumstances, having perhaps at best a tent in a refugee camp. European countries are strained trying to help the flood of refugees pouring in from war-torn nations. Others are migrants simply seeking work and better opportunities.

In the U.S. and United Kingdom, many homes have been purchased by foreigners. The U.K. is levying heavy new taxes on U.K. properties owned by foreign entities as foreign investors have bought the lion’s share of prime and newly built properties in London.

With bargain prices for real estate in the U.S., foreign buyers represent an increasing percentage of real estate transactions, amounting to over a trillion dollars. China has been on a shopping spree, spending billions on U.S. residential property. India and Mexico have also made significant investment in property in the U.S.

Long ago, the Eternal God brought the children of Israel out of slavery in Egypt and into a good land, rich in produce and blessings and “in which you will lack nothing” (Deuteronomy 8:9). He warned the fledgling nation of Israel to be careful to observe His commandments: “Beware that you do not forget the Lord your God by not keeping His commandments, His judgments, and His statutes which I command you today, lest—when you have eaten and are full, and have built beautiful houses and dwell in them; … and all that you have is multiplied; when your heart is lifted up, and you forget the Lord your God … then you say in your heart, ‘My power and the might of my hand have gained me this wealth’” (Deuteronomy 8:11–17).

Many today have abandoned formerly held, commonly accepted Biblical values. An increasing number no longer acknowledge God as the source of the blessings enjoyed by so many in the Western world. Many are embracing atheism, along with other “values” and practices that fly in the face of the Creator’s commandments. As a consequence, we see those blessings being removed.

People are foolish who think, “Why should I fear in the days of evil…” and who “trust in their wealth and boast in the multitude of their riches…” or think “…that he should continue to live eternally…” or “…that their houses will last forever, their dwelling places to all generations…” (Psalm 49: 5, 6, 9, 11).

Many prophecies warn of the consequences of forsaking God, which include the loss of houses. Isaiah spoke of many houses being desolate and without inhabitant, even great and beautiful ones (Isaiah 5:9). Jeremiah speaks of “‘their houses shall be turned over to others… for I will stretch out My hand against the inhabitants of the land,’ says the Lord” (Jeremiah 6:12). Lamentations speaks of how “Our inheritance has been turned over to aliens, and our houses to foreigners” (Lamentations 5:2). And Ezekiel warns, “Therefore I will bring the worst of the Gentiles, and they will possess their houses…” (Ezekiel 7:24).

To find out more about what is prophesied to happen in the days just ahead, order and read our free booklet, The United States and Great Britain in Prophecy.