God's plan for America | The most important election? 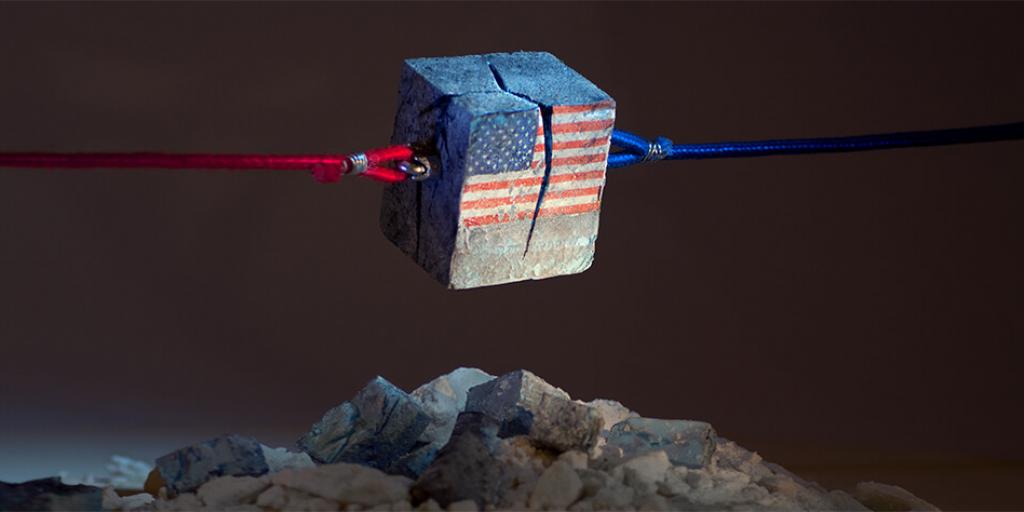 Trump Versus Biden and the Future of America

Come November, millions of Americans will vote (or will have already voted) for Mr. Donald Trump or Mr. Joe Biden to be president in what has been predicted to be one of the most important elections in United States history. Elections will also be held to choose many leaders in Congress. And there’s more! The Senate will soon decide on the confirmation of Judge Amy Coney Barrett to the Supreme Court, which would likely mean a significant conservative swing of the Court.

Obviously, this is a crucial time in the United States because, amid ongoing issues like the pandemic, severe civil unrest, and economic turmoil, all three branches of government could change enormously in a very short time period. As the saying goes, “elections have consequences,” and the upcoming elections will have a significant impact on our lives in the coming years. During the next few weeks, which could greatly change the direction of America, we should turn to the Bible and be reminded of God’s perspective and plan.

Elections are very important to democratic nations. But there is something far more important—God’s plan. God has a plan for mankind, and part of the way He brings about His plan is by guiding nations and leaders and history itself towards His purposes. Daniel says that God “changes the times and the seasons; He removes kings and raises up kings; He gives wisdom to the wise and knowledge to those who have understanding” (Daniel 2:21). We can take comfort that God will guide whether Mr. Trump or Mr. Biden becomes the next president and that God’s overall plan will continue to unfold (Isaiah 46:10).

America, like many countries, faces extreme problems. The newly- or re-elected President, Congress, and Supreme Court will work to solve them. Depending on the winner, Mr. Trump or Mr. Biden will make changes to policies, leadership positions, tax laws, and national strategies. However, Christians understand that leaders often seek to soothe the symptoms instead of addressing the root of the problems.

The root of mankind’s problems, as the Bible says, is spiritual, and this is true of America’s problems. New government leaders sometimes achieve temporary victories. But, if Americans continue to walk away from God and the Bible, the overall trend of the country will be downward.

Romans 1:28 summarizes the primary source of America’s problems, “Since they thought it foolish to acknowledge God, he abandoned them to their foolish thinking and let them do things that should never be done” (New Living Translation). Our hearts break when we see the trend of the United States departing from the God of the Bible and His inspired moral values. Some people openly and directly say it’s foolish to believe in God or the Bible. Others acknowledge God with their words, but not their actions. We must not only acknowledge God in word, but also in action and behavior.

America faces huge problems. Millions of Americans hope greatly that “their candidate” will bring the solutions, and therefore hope greatly in the upcoming elections. However, the root of the problem is spiritual, and spiritual problems cannot be solved by changes a President, a Congress, or a Supreme Court may make. When human beings have spiritual problems, they develop problems with their thinking and their character. Even the best laws and decisions by government leaders cannot correct the people’s thinking and character. Only spiritual changes can do that.

Thankfully, God gives us simple, loving instructions that would solve the problems in America: repent. Or, in everyday language: change. The solution, as Tomorrow’s World cries out in article after article, is for people to turn to God and Jesus Christ, and not just with words, but in actions and even thoughts (2 Corinthians 10:5).

The problems in America stem from abandoning God and His ways, which is why Tomorrow’s World preaches sincerely and zealously about the importance of obeying God. If millions of Americans turn to God, there is hope for real, beneficial, nationwide improvement. Otherwise, the election of Mr. Trump or Mr. Biden—or various members of Congress—won’t solve society’s problems. In a democratic nation, elections have consequences, but following or rejecting the true God is far more consequential.

The causes of America’s problems are spiritual, the results are socio-political, and the solutions are biblical! For more on this vital subject, check out "Will America Have a Second Civil War?" by Gerald Weston.