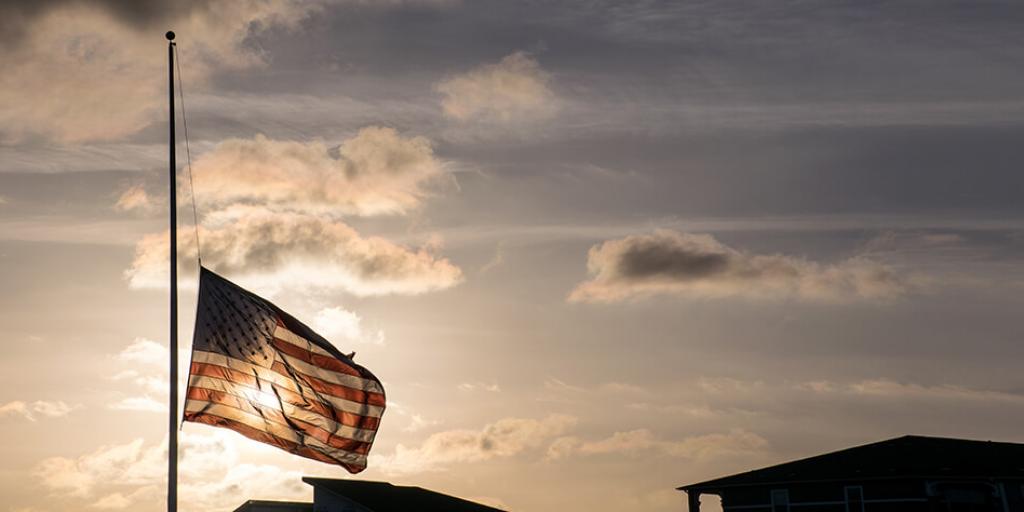 Another mass murder took place, this time at Marjory Stoneman Douglas High School in Parkland, Florida on February 14. Expelled student Nikolas Cruz entered the building, killing at least 17 and injuring many others. The question everyone always wants to know is “Why?”

The Parkland community is no doubt stunned and bewildered, as is the rest of the nation watching the sickening news reports. Decades ago, I would have used the word “shocking,” but sadly it isn’t shocking anymore, because it has been happening all too frequently.

I still remember the shooting that happened in 1966 at the University of Texas. It was shocking then. A student with a rifle shot passing students from the vantage of the campus clock tower. But since then, there have been hundreds of mass shootings!

These mass shootings have been happening for decades, though it is definitely getting worse and happening more frequently. Some interesting statistics were quoted in an article by the Boston Globe demonstrating the growing problem of gun violence in America, particularly in this new millennium.

A few years after that University of Texas incident, we began to hear about shootings in U.S. Post Office facilities. As these events became more numerous in the 1980’s, the term “going postal” was born, which term became slang for someone losing control and becoming violent in a workplace or other setting.

Whenever these mass shootings happen, journalists interview various pundits who offer their insights and opinions as to why the shooting occurred, and what, if anything, can be done to stop it from happening again. Sometimes one pundit’s opinions conflict with the views and opinions of other pundits. But the bottom line is that no one can ever offer a real solution!

Who is to blame? Are mental health agencies, law enforcement, congress, school administrators or even arms manufacturers and dealers worthy of more blame than anybody else? Sadly, the problem is as old as mankind. Cain killed his brother Abel (Genesis 4:8). Lamech was the next recorded killer (v. 23). And by the time of Noah, there was so much wickedness and violence (Genesis 6:13) that God decided to destroy mankind, save for Noah and his family.

So, mankind’s history is one of violence and wars. And “wars to end all wars” have only perpetuated war. Making war is clearly not how to end wars. Mankind wants to end violence and war and have peace, but he does not know the way to peace.

It was prophesied in 2 Timothy 3 that “…in the last days, perilous times will come: for men will be… unholy, unloving, unforgiving, slanderers, without self-control, brutal, despiser of good, traitors…” (vv. 1–4).

There really is a way to peace, but mankind has shown repeatedly throughout his history that he is utterly incapable of establishing peace himself. The Epistle of James makes an interesting observation. The Apostle James asks, “Where do wars [battles] and fights come from among you? Do they not come from your desires for pleasure that war in your members? You lust and do not have. You murder and covet and cannot obtain. You fight and war, yet you do not have because you do not ask. You ask and do not receive, because you ask amiss, that you may spend it on your pleasures” (James 4:1–3).

Clearly, the problems are in human nature. Apart from God’s involvement, mankind will continue to struggle and fail at ending violence and wars and obtaining the peace desired by so many.

The Bible prophesies of a coming conflict that will shake the world as never before, culminating in what is known as Armageddon. But the good news is that Jesus Christ will also come to establish peace. And He has the power to make it happen. Be sure to read our free booklets: Armageddon and Beyond and The World Ahead: What Will It Be Like?