A Way of Life

Millions of people say they are searching for correct "standards" or "values." Some are trying out various "new age" religions, or different ideas and theories from pop-psychology. The pollsters tell us that many others are simply "picking and choosing"— putting together various ideas and practices from different religions to create their own religion.

Millions of people say they are searching for correct "standards" or "values." Some are trying out various "new age" religions, or different ideas and theories from pop-psychology. The pollsters tell us that many others are simply "picking and choosing"—putting together various ideas and practices from different religions to create their own religion.

But what they might not realize is that the real religion of Jesus Christ is a very active religion. It does have specific standards and values. It is an entire "way of life." In fact, in Acts 9:2, the persecuting Saul asked for letters authorizing him to seize any Christians in Damascus "so that if he found any who were of the WAY, whether men or women, he might bring them bound to Jerusalem." And the inspired author of the book of Acts tells us about Apollos: "And he reasoned in the synagogue every Sabbath, and persuaded both Jews and Greeks" (Acts 18:4). Again, "when Aquila and Priscilla heard him, they took him aside and explained to him the WAY of God more accurately" (v. 26).

In Acts 19:9, we are told: "But when some were hardened and did not believe, but spoke evil of the WAY before the multitude, he departed from them and withdrew the disciples, reasoning daily in the school of Tyrannus." And later, "And about that time there arose a great commotion about the WAY" (v. 23).

When viewing Apostolic Christianity, even outsiders realized that these early followers of Christ had far more than an empty faith with redundant rituals. They were "on fire" for a WAY of life! And the reality of the coming Kingdom of God lent passion and fervor to their lives.

What the modern "seekers" also fail to realize is that a WAY of life helped make America and Canada the great nations they became. And in America's early years as a nation, the Judeo-Christian ethic—though practiced imperfectly—was a tremendous bulwark against the kind of moral deterioration it has experienced in recent years. In his inspiring and most enlightening book, America's Real War (p. 96), Rabbi Daniel Lapin makes this point:

For almost two hundred years, America functioned, grew, and prospered under this tacit agreement. America was a religious country without demanding allegiance to a specific church. Congress opened with a prayer (and still does), and the Ten Commandments were posted on courtroom and schoolroom walls. God was frequently invoked in presidential speeches and community events; the assumption was that Americans were "one nation under God." Not only did religion in general have a respected place in our nation's affairs, but Christianity in particular was a positive undercurrent.

However, Rabbi Lapin can clearly see the "handwriting on the wall" and is concerned for the future of our nation. He states:

It strikes me as unlikely that the Declaration of Independence could ever be adopted today because too many Americans would protest the use of the word "Creator." It probably would be bemoaned by liberals as the endorsement of religion by government, a suggestion that humans did not evolve in an unaided, materialistic manner from primeval sludge to Bach or Beethoven. On July 4, 1776, however, there was no debate over the phrase "endowed by their Creator" (with an upper-case C). That America was founded as a Christian nation is beyond debate. We were a Christian nation with a constitutional government rather than a theocracy, but a Christian nation nonetheless. What is more, we were founded as a Christian nation that took Judeo-Christian principles so much for granted that the founding fathers saw little reason to state the obvious (Ibid., p. 93).

Now, we seem to be in a headlong rush to forsake even the limited spiritual understanding we used to have as a nation and the basically decent way of life we used to practice. As one who grew up in the American Midwest in the 1930s and 1940s, I well remember the almost total safety of our city and our neighborhood. Elderly ladies went out walking at night with no fear. Little boys and little girls played "hide and seek" and "kick the can" in almost total darkness in neighborhoods all over the city. Murder and rape were virtually unheard of. And many folks did not even bother to lock their doors at night!

Back then, respect for authority was taught and basically practiced. The Ten Commandments were posted in many schools and public places.

But, today, we have LOST our way!

That is one reason for the existence of this magazine, Tomorrow's World. We want to help all sincere people on the way to recapturing Apostolic Christianity—the Christianity actually taught and practiced by Christ and the original Apostles. That kind of Christianity has been forsaken by most of humanity. But it is the only true Christianity.

The Apostle Jude was inspired to write: "Beloved, while I was very diligent to write to you concerning our common salvation, I found it necessary to write to you exhorting you to contend earnestly for the faith which was once for all delivered to the saints" (Jude 3). Note that the true faith was delivered "once for all." It was NOT to be altered, changed, done away, watered down or tampered with. And Jude continued, "For certain men have crept in unnoticed, who long ago were marked out for this condemnation, ungodly men, who turn the grace of our God into lewdness and deny the only Lord God and our Lord Jesus Christ" (v. 4). Wicked men were able, during the Dark Ages, to change and to pervert the entire WAY of life delivered to us by Christ and the Apostles.

America and Canada will not continue to exist, as we have known them, unless there is a genuine reformation—a national REPENTANCE and a return to the WAY of God. But each of us individually may be blessed and protected during the traumatic times ahead IF we are willing to fight—to "contend earnestly"—for the faith which was "once for all" delivered to the saints. 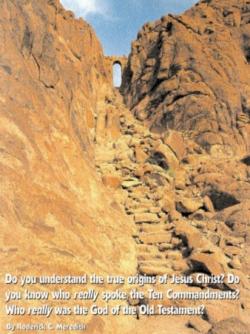 Who Was the God of the Old Testament? 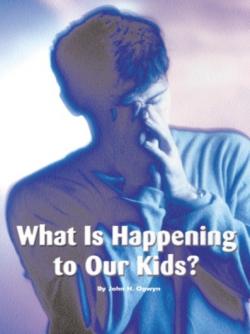 What Is Happening to Our Kids? 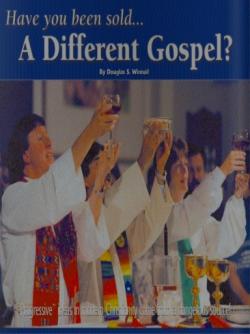