Tomorrow's World magazine is different. In this magazine, we want to give you readers not only precious knowledge of the meaning of life and of the time in which we live, but real understanding as well.

Tomorrow's World magazine is different. In this magazine, we want to give you readers not only precious knowledge of the meaning of life and of the time in which we live, but real understanding as well. Over the years, I have been either the employer or the supervisor of a number of individuals with high IQs. They were good at memorizing and repeating back information. Some were very good in technical or mechanical fields. But I found that possessing a high IQ did not give these people greater understanding or wisdom. Rather, for some of them, their high intellectuality only enabled them to find five things to worry about instead of one!

The news media generally report only what is happening. They seldom really try to understand why. And when they do, they are often pitifully wrong. The genuine understanding of the great purpose of life, and of the causes behind major events, of the real reasons for success and failure, is rarely understood. Yet understanding is critical if we are to obtain true success—if we are to obtain genuine peace of mind, happiness and fulfillment in this life, and eternal life in the Kingdom of God.

A multi-millionaire in his own time, and one of the wisest men of the 20th century, Bernard M. Baruch, has been called "the counselor of presidents." Amazingly, he was a confidant and counselor of seven different presidents of the United States! In his fascinating autobiography, My Own Story, Mr. Baruch states: "Whatever I saw others accomplish, I was driven to try to do myself. Only after much effort did I learn how to control my feelings, and do what I could do best, leaving what I could not do well to others. If there was any "key" to this process of growing up, it lay in the systematic efforts I made to subject myself to critical self-appraisal. And as I came to know myself, I acquired a better understanding of other people…. I have found that failure is a far better teacher than success." This last sentence is a very insightful observation. Because, when you understand it, God Himself is giving mankind six millennial "days"—6,000 years—to write the lessons of human experience and FAILURE. Then, when Satan the Devil is banished during the coming millennial rule of Christ—and men's minds are open to the Truth—humanity will finally UNDERSTAND the lessons of the last 6,000 years. They will finally turn to God and be willing to listen to His wisdom and His understanding.

Many of you reading this will not really wake up until the prophesied END-time events actually begin to occur in full force. Even the minds and hearts of the great men on earth have often turned to God at times of genuine crisis. Though often appearing totally confident and even "cocky" on the outside, one of the greatest generals in United States history— General of the Army Douglas MacArthur—often turned to God just before major battles when many thousands of human lives were at stake.

The big guns on the ships opened fire at dawn. The noise, like rolling thunder, was all around us. The Nashville, her engines bringing to life the steel under our feet, knifed into Leyte Gulf. The ominous clouds of night still hung over the sea, fighting the sun for possession of the sky, but the blackness had given way to somber gray, and even as we saw the black outline of the shore on the horizon, the cloak of drabness began to roll back. On every side ships were riding toward the island. The battle for Leyte had already begun.

But the part most authors and Hollywood producers leave out of MacArthur's account is in the previous paragraph of his autobiography. Here, General MacArthur describes what he did the night before this momentous invasion of the Philippines:

Late that evening I went back to my cabin and read again those passages from the Bible from which I have always gained inspiration and hope. And I prayed that a merciful God would preserve each one of those men on the morrow.

Praying, reading and especially studying the Bible gives one a perspective that cannot be obtained any other way. For the Bible is the revelation of the Creator to mankind. It reveals the real lessons and purposes of life. When properly understood, it imparts wisdom and understanding more than all the other books on earth put together! The Bible is the revelation of the mind of God. In His Word, God tells us, "My son, if you receive my words, and treasure my commands within you, so that you incline your ear to wisdom, and apply your heart to understanding; yes, if you cry out for discernment, and lift up your voice for understanding, if you seek her as silver, and search for her as for hidden treasures; then you will understand the fear of the Lord, and find the knowledge of God. For the Lord gives wisdom; from His mouth come knowledge and understanding" (Proverbs 2:1–6).

Notice that God tells us to treasure His "commands" if we wish understanding and wisdom. King David of Israel was inspired to state the same thing in Psalm 119:97–99: "Oh, how I love Your law! It is my meditation all the day. You, through Your COMMANDMENTS, make me wiser than my enemies; for they are ever with me. I have more UNDERSTANDING than all my teachers, for Your testimonies are my meditation."

Again, true understanding and wisdom come by OBEYING our Maker. Then, God gives us genuine understanding of His will and of the real CAUSES of human problems and also what should be done about them.

Without this understanding that can come from God alone, most professing Christian ministers, most writers, educators, politicians and world leaders are walking about in a fog. They may have high IQs. They may have impressive personalities. They may be—in a human sense—very intelligent human beings. But they often miss out as far as understanding the real REASONS behind today's problems. And they lack understanding of world affairs and where we are headed because they neglect or reject the revelation of the "SURE word of PROPHECY" as the Apostle Peter called it (2 Peter 1:19, KJV).

In His Word, God describes the time when this BLINDNESS will be removed from men and women everywhere. "And He will destroy on this mountain the surface of the covering cast over all people, and the VEIL that is spread over all nations" (Isaiah 25:7).

Meanwhile, the Tomorrow's World telecast and magazine will help lift that "veil" of blindness and lack of understanding for you readers who are willing to LISTEN. God inspired the psalmist to write, "The fear of the Lord is the beginning of wisdom; a GOOD UNDERSTANDING have all those who do His COMMANDMENTS. His praise endures forever" (Psalm 111:10).

The dedicated men and women who produce this magazine do believe in OBEYING God's commandments. Therefore, we are able to impart to you real understanding of prophesied events, of the genuine causes and effects behind humanity's growing problems—and of the God-inspired SOLUTIONS, which will be implemented when Jesus Christ returns to this earth as King of kings.

That is WHY Tomorrow's World magazine can go above and beyond in giving you not only information, but UNDERSTANDING, which you will probably not be able to obtain from any other source. 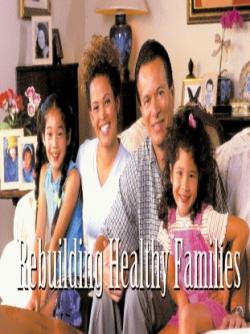 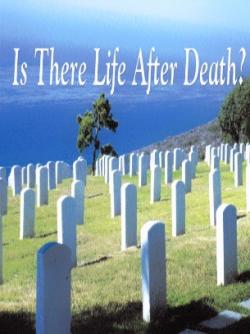 Is There Life After Death?