Many surveys show that Americans think their leaders—especially their presidents—should possess good character. Yet when it comes to specifics, most Americans tend to vote for the man or party they agree with on the "pocketbook" issues—the issues affecting their economic or social well-being.

Many surveys show that Americans think their leaders—especially their presidents—should possess good character. Yet when it comes to specifics, most Americans tend to vote for the man or party they agree with on the "pocketbook" issues—the issues affecting their economic or social well-being.

The nominee of the conservative major party seems more hesitant to speak and act firmly on the huge issue of abortion than in defense of "big business" interests. The other major candidate is at the hub of an alleged fundraising scandal. He talks of protecting the environment and allies himself with those who revere the earth as a "goddess" even as many environmentalists are deserting him for another candidate who they believe has not "sold out" their interests. Yet the environmentalists' candidate talks of his simple lifestyle and dedication to the working class, while having made millions of dollars in stock market investments. More and more Americans see electoral politics as a hopeless nest of lies and hypocrisy.

Yet just ahead of us, America's political leadership is faced with a large number of primarily moral issues: new forms of murder such as the sickening "partial birth" abortion, the troubling rise in teenage crime and drug use, the growing pressure to legalize marijuana, the relentless lobbying for more and more homosexual "rights" including, now, the right of two men or two women to "marry" each other. Who in this sin-sick environment has the proven character to guide our nation in choosing the right path? Who can we genuinely rely on to lead us at a time when nearly all of our cherished Judeo-Christian values seem to be under attack?

The truth is that our present political process has produced virtually no one with a proven record of real integrity, consistency and outstanding leadership. Yet, for those few who still truly believe the Bible, God inspired these words through King David of Israel: "He who rules over men must be just, ruling in the fear of God" (2 Samuel 23:3).

Most of our modern politicians refer to God or the Bible. Yet they are constant liars, compromisers, men whose opinions change with the latest public opinion poll. Such men don't fit God's description of a leader, do they? Former Education Secretary Bill Bennett wrote that today's Presidential politics are based on "the underlying premise that there are no moral facts, thus reducing politics to what the philosopher Friedrich Nietzsche called (approvingly) the Will to Power. In such a world one cannot make appeals to moral principles; what matters is who controls the levers" (The Death of Outrage, p. 67).

When considering the unseemly political cronies and influence peddlers that seem to surround almost any president or government leader nowadays, we need to pay attention to our Creator's warnings about this kind of politicking: "Take away the wicked from before the king, and his throne will be established in righteousness" (Proverbs 25:5). And again, "If a ruler pays attention to lies, all his servants become wicked" (Proverbs 29:12).

We also need to focus on the powerful influence exerted on the young and the unthinking by any president or political leader. Most people do tend to follow not merely the words—but the example—set by their leaders. If their leaders tend to have a shallow sense of values, if theirs is an "easy come, easy go" lifestyle, the impressionable of a nation are quick to pick up on this and imitate it. Although voting their pocketbooks may seem to help some individuals in the short term, the moral decay and spiritual cancer brought on an entire nation by this neglect of the character issue will eventually DESTROY the nation itself! The record of history proves that every nation that has abandoned sexual morality and integrity has eventually collapsed, and has often disappeared completely from the pages of history.

Peter Drucker is regarded as the dean of modern management theory. He has been a confidant and advisor to dozens of top-ranking professional, industrial and government leaders. In his virtual "bible" of management text, The Effective Executive (pp. 86-87), Mr. Drucker comments on the corrupting influence of leaders without character. He says this is so because "subordinates, especially bright, young, and ambitious ones, tend to mold themselves after a forceful boss. There is, therefore, nothing more corrupting and more destructive in an organization than a forceful but basically corrupt executive. Such a man might well operate effectively on his own; even within an organization, he might be tolerable if denied all power over others. But in a position of power within an organization, he destroys."

Do we really want to destroy our youth, and millions of other unthinking individuals, who just seem to go along with whatever is dished up to them by our political system and by our liberal media? Yet that is what our modern democratic political process is bringing about with increasing regularity. The few "good" men and women around, often are ridiculed and pushed to the sidelines. The vaunted majority—heavily influenced by the left-leaning media—are usually beguiled into voting for whatever the political manipulators want them to.

Righteous character in a top leader is of paramount importance. But from now on, it will become increasingly obvious that that kind of leader will only be given authority when the Kingdom of God is set up on this earth. Just one more reason to follow Jesus' instruction and pray with understanding and fervency, "Thy Kingdom come." 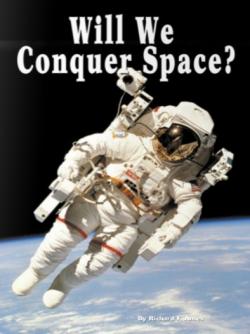 Will We Conquer Space? 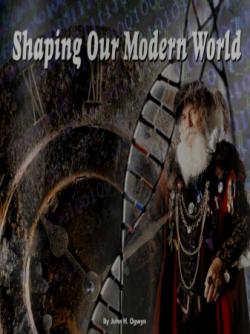 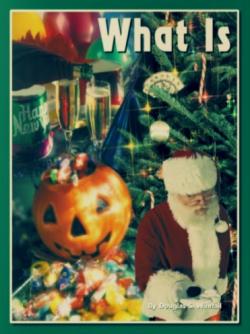 What Is Hidden by the Holidays?