Can We Create Another Earth?

The Bible tells us that, before man was created, our planet was “without form and void”—an utter ruin and an uninhabitable wasteland (Genesis 1:2). Yet God restored it and made it a beautiful paradise for humanity, filled with life, in only six days. He then declared all He had wrought to be “very good” (Genesis 1:31) and rested from the work of creation on the seventh day—His work complete.

Increasingly, many scientists are exploring whether mankind can pull off the same feat: Taking a lifeless, desolate planet and re-engineering it and transforming it to make it beautiful and Earth-like, fit for life and humanity. This idea is called terraforming.

Could we match the works of God’s hands through working with our own? Considering the colossal nature of terraforming—renovating an entire planet to create, essentially, another Earth—what might such a project require of us? And will we ever succeed?

Mars is considered by many scientists to be the most popular candidate for terraforming, due to its similarities to Earth and its relative proximity. Many scientists believe that Mars—currently a sterile, cold, lifeless world—was once warmer, with liquid water on its surface. The fact that it may have been a friendlier environment in the past gives some hope that it could be terraformed into a “new Earth” for humanity in the future.

However, the challenges Mars presents are formidable! As this column mentioned in a previous issue (“Home, Sweet (Cosmic) Home!”, March-April 2017), the temperatures on Mars can drop to negative 100°F (–73°C), and the atmosphere is both poisonous to humans and remarkably thin. While water exists in a frozen form below its surface as permafrost, liquid water is rare to non-existent.

When speaking of terraforming Mars, the two conditions many scientists suggest addressing first are the thin atmosphere and the cold temperature, since each affects the other.

To address these, Christopher P. McKay of the NASA Ames Research Center and aerospace engineer Robert Zubrin have suggested a variety of methods, described in their paper Technological Requirements for Terraforming Mars, published in the American Institute of Aeronautics and Astronautics in 1993, but still popular today.

One approach would deploy vast mirrors measuring more than 60 miles (100 km) in diameter into orbit above Mars to direct extra sunlight to the planet and melt its polar ice caps. The goal would be to release the trapped carbon dioxide (CO₂) there and elsewhere on Mars’ surface to begin a runaway “greenhouse effect” that would cumulatively heat the planet over time. As the amount of CO₂ in the air around Mars grew ever more concentrated, the atmosphere would thicken and the temperature would rise—which would release more CO₂, continuing the cycle until the desired conditions were achieved.

Additional ideas include selecting massive asteroids with helpful chemical compositions for transforming the Martian atmosphere, and using rockets to steer them into a collision course with the surface of Mars, spreading their chemicals into the atmosphere. The most practical means, in McKay and Zubrin’s estimation, would be to simply make powerful machines that sit on the surface of Mars and continuously churn out greenhouse gases from material on the Martian surface.

Terraforming would be a long process. It is estimated that after a century of such efforts, Mars would become warmer and less arid, and have a thicker atmosphere, but it would still be far from Earth-like, with no breathable oxygen. To fix that problem, terraform researchers suggest importing plants into the Martian environment—God’s own oxygen generators!

The plants—probably simply algae, at first—would consume the concentrated carbon dioxide and release oxygen, just like they do on Earth, though it would be a slow process. In early 2014, scientists reported that lichen from the Antarctic demonstrated an ability to survive and grow in conditions simulating the environment of Mars, as long as it was somewhat protected from radiation (“Lichen on Mars,” Phys.org, January 17, 2014). Scientists suggest that they might be able to genetically engineer plants that would do even better.

How Realistic Are Such Plans?

Even if mankind martialed the intelligence, wisdom, and skill to achieve these goals, you would be foolish to sell your home and plan to move just yet. A more recent paper by Christopher McKay and Margarita Marinova suggests that it would take at least 100,000 years for Mars to be transformed into a planet with a breathable atmosphere, let alone a beautiful Earth-like home for humanity (“The Physics, Biology, and Environmental Ethics of Making Mars Habitable,” Astrobiology, Vol. 1, No. 1, 2001). One thousand centuries is certainly a far cry from God’s six days, to be sure!

Additionally, there are many other concerns that make the dream of turning Mars into an Earth-like home for humanity seem more like a fantasy. For instance, Mars has no planet-wide magnetic field like Earth’s that would protect its new inhabitants from cosmic rays or keep the solar wind from slowly carrying the new Martian atmosphere into space. Without that, Mars would eventually become, once again, just like it is now.

And, frankly, we would be foolish if we didn’t consider that we haven’t even learned how to live successfully on our own planet yet. While God made man a steward of the earth and placed it under his care (Genesis 1:28; 2:15), we have substituted our own “wisdom” for His. The result is often pollution, environmental degradation, and wasted resources. If we don’t know how to live on Earth—the only planet we’ve ever known—what makes us think we are wise enough to fine-tune another planet to be suitable for us?

How Terraforming Relates to Our Ultimate Destiny

The fact that, at best, it would take mankind at least 100,000 years to duplicate what the Almighty did in six days (and, even then, only if we “cheat” and import materials and life forms He created elsewhere!) is a testimony to His power, intelligence and majesty. And the difficulty of creating “another Earth” should make us appreciate the current Earth He has already given us.

But the amazing truth is that mankind does have a destiny that involves terraforming—not man’s way, but God’s!

For those willing to allow God to develop within them His own character and the mind of Jesus Christ (Philippians 2:5), a destiny awaits as glorified members of His own, divine family! He plans to give them “all things” (Hebrews 2:8) as their inheritance—the entire universe! So, while the cosmos may currently seem desolate and lifeless, the Apostle Paul says that there is a day coming when “the creation itself also will be delivered from the bondage of corruption into the glorious liberty of the children of God” (Romans 8:21).

There is a whole universe beyond Mars that is waiting for you! Do you want to be one of the children of God who brings life and liberty to the entirety of creation? God’s own plans for the works of His hands far outshines even our most ambitious dreams. 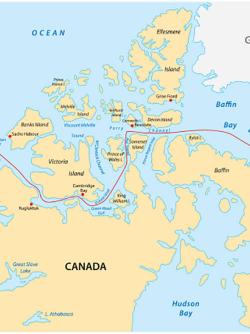