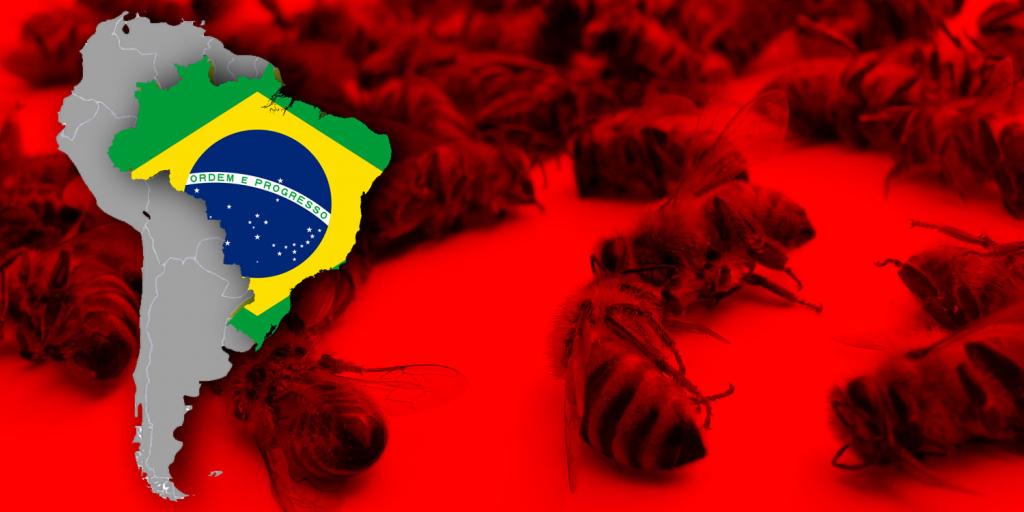 Bee Die-off in the Amazon

The Guardian reported dire news from Brazil, noting that beekeepers have lost over half a billion honeybees in only three months (August 29, 2019). For many, the die-off brings to mind colony collapse. However, the standard symptoms of colony collapse are not evident with the Brazilian die-off. Normally with colony collapse, bees just disappear from their hives. In Brazil, bees are dying “on the spot.” Since the start of the year, Brazil has quickly brought to market almost 300 new products, some of which are known to be lethal to bees and are tightly regulated or banned in other nations. In fact, many experts believe the massive die-off of bees is likely linked to pesticides, and these chemicals could be killing more than just domesticated honeybees grown by professional beekeepers.

Bees are needed to pollinate roughly one-third of all food cultivated for human consumption. Some of these crops can survive without bee pollination, but their production drops off significantly. Other crops cannot propagate without the assistance of bees.

The Bible notes that, in our day, “the whole creation groans and labors with birth pangs together until now” (Romans 8:22). Yet, Bible prophecies also reveal that “the creation itself also will be delivered from the bondage of corruption into the glorious liberty of the children of God” (v. 21). How we are handling our environment reminds us that humanity may, in many ways, be contributing to its own destruction through its lack of foresight and wisdom. But God makes it plain that it is our sins that will ultimately bring devastating punishment on our food production and our environment (Leviticus 26:19–20; Hosea 4:1–3). When human beings fail to obey their Creator, even the creation will suffer. However, the good news is that Jesus Christ is coming back and He will restore the earth (Acts 3:19–21). To learn more about what our world will be like when this global restoration project is in place, be sure to read or listen to The World Ahead: What Will It Be Like?