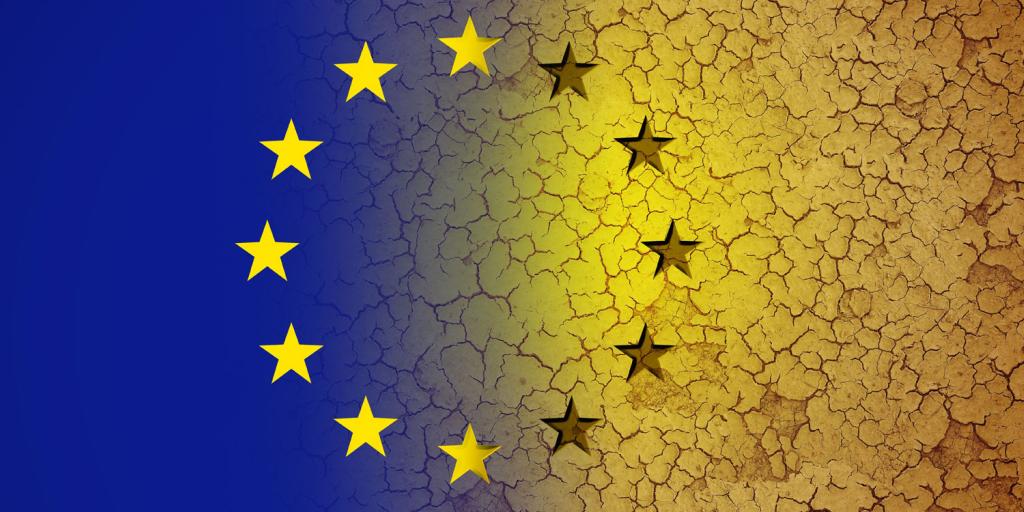 Europe is in the midst of an unprecedented drought. “Spanish farmers are grappling with heat waves and water scarcity. Grains and olives are going dry” (Deutsche Welle, August 10, 2022). Many farmers are facing drastic harvest losses this year as reservoirs dry up. In France, thousands of people have been evacuated from their homes as wildfires rage (Reuters, August 10, 2022), and other European nations are sending firefighters to help France battle the blazes. Southeast England has had nearly 150 days with little to no rain—the driest year since 1976 (The Telegraph, August 8, 2022).

According to the European Drought Observatory, “60 percent of Europe and the United Kingdom is currently in danger of drought” (EU Observer, August 9, 2022). The Dutch declared a water emergency and France has imposed unprecedented water restrictions. The sweltering heat and declining water levels in lakes and reservoirs have seriously reduced the production of hydropower throughout Europe—especially in Italy (Politico, August 9, 2022). Some water authorities are having to choose between using water for irrigation or hydropower. Low water levels are also affecting river traffic. The Rhine, a major trade route for European goods, may soon have sections that are impassable, crippling EU trade! The problems generated by heat and drought are pushing European nations to address important common internal issues.

It is commonly believed that desperate times call for desperate measures. As Europe works to combat the effects of a continent-wide drought and the collateral impact of the war in Ukraine, students of Bible prophecy should watch for Europe to take more desperate measures that will influence geopolitics. Self-preservation instincts kick in when we become desperate. Scripture indicates that significant events will occur in Europe that will lead to the emergence of a German-led “beast” power—the “king of the North” (Daniel 11:40–45). Jesus warned that, as the end of the age approaches, we need to “watch” and be ready (Matthew 24:42). To learn what to watch for, read or listen to our powerful booklet, The Beast of Revelation: Myth, Metaphor, or Soon-Coming Reality?