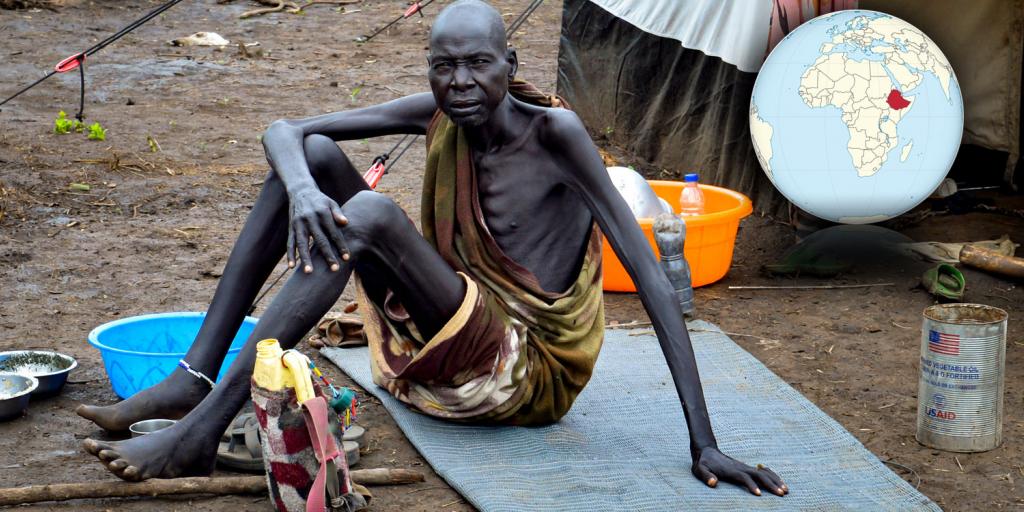 Food Catastrophe and Famine in Ethiopia

In northern Ethiopia, more than 350,000 are living in a food “catastrophe,” according to a UN-backed analysis that defines a food “catastrophe” as “starvation and death affecting small groups of people spread over large areas” (BBC, June 10, 2021). Since November 2020, 1.7 million people in the Tigray region of Ethiopia have been displaced by civil war. In addition to those in a food “catastrophe,” the analysis concludes that two million are in a food “emergency” and three million more are in a food “crisis.” Although many are careful not to use the word “famine” until certain criteria are met, the UN’s humanitarian chief, Mark Lowcock, has “chosen to ignore the rules and insist that ‘there is famine now in Tigray,’” concluding that arguing over definitions is counterproductive.

According to the analysis, “This severe crisis results from the cascading effects of conflict, including population displacements, movement restrictions, limited humanitarian access, loss of harvest and livelihood assets, and dysfunctional or non-existent markets.” Ethiopia’s government insists its population has access to food relief, but starving citizens tell a different story, and the UN chief predicts the situation will get far worse. In 1984, the region experienced a similar war and the resulting famine killed 600,000 to one million people.

Mass starvation should not occur in the twenty-first century. However, due to the greed and selfishness of leaders, millions continue to suffer. God warned that the end of the age will be characterized by selfish people who despise good and treat others with brutality (2 Timothy 3:1–5). Corrupt and power-hungry leaders do not serve the people they lead. They care only about themselves. That is why, when wicked leaders rule, the people groan (Proverbs 29:2). This world needs righteous, caring leadership. What will it take to bring peace and prosperity to the whole world? Will human beings find the solution? To learn more about this important issue, listen to or read “The Impossible Dream.”