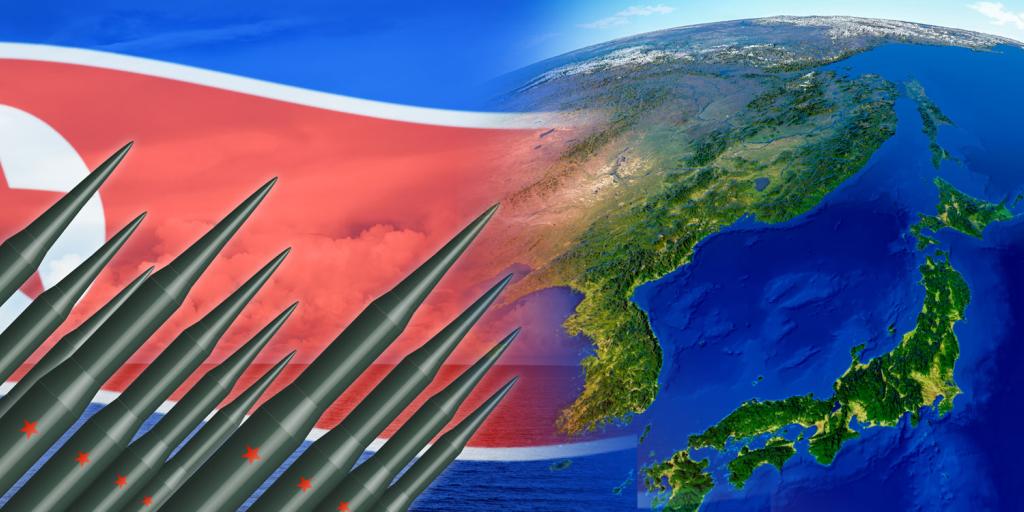 Missiles have begun to fly in a troubled region on the coast of Asia. According to a Reuters report, “North Korea fired multiple ballistic missiles into the sea on Thursday” (November 3), the latest in a record year of missile testing by the nuclear-armed North. One of the missiles launched was thought to have been a nuclear-capable ICBM. This event happened one day after the North fired a record-setting 25 missiles toward the South. One of these missiles landed just 40 miles off the coast of South Korea. Another flew toward a populated South Korean islanding triggering air-raid sirens and evacuations. In response to the apparent ICBM heading toward their island, Japanese officials directed citizens in the north of the country to shelter indoors (The Guardian, November 2, 2022). Trains were also temporarily stopped over concerns the missiles could fly overhead.

The North claims that their launches are in response to recent joint U.S. and South Korean military air exercises, their largest ever in the region. As many as 240 aircraft, including the advanced F-35 fighter jet, were involved in over 1,600 sorties. In response to the barrage of missiles from the North, the allies extended their air exercises instead of ending them. The exercises are “designed to deter North Korea’s nuclear ambitions.” The North Koreans described their launches as a simulated attack on South Korea and the United States (Reuters, November 6, 2022).

The saber-rattling in the air around the Korean peninsula is increasing in intensity. Experts warn that if any mistakes are made, it could trigger a larger and potentially devastating event. The actions by all parties in this turbulent region are helping to polarize the world to an even greater degree. As recently as 2018, there appeared to be a thaw in tensions between North and South Korea. However, that attempt at peace came to nothing. The Bible reveals that human beings simply do not know the way to peace (Isaiah 59:8), and that only the return of Jesus Christ will finally bring true peace to this earth (Isaiah 9:6–7). To gain a biblical perspective on this vital subject, be sure to read or listen to “Peace in Korea?”